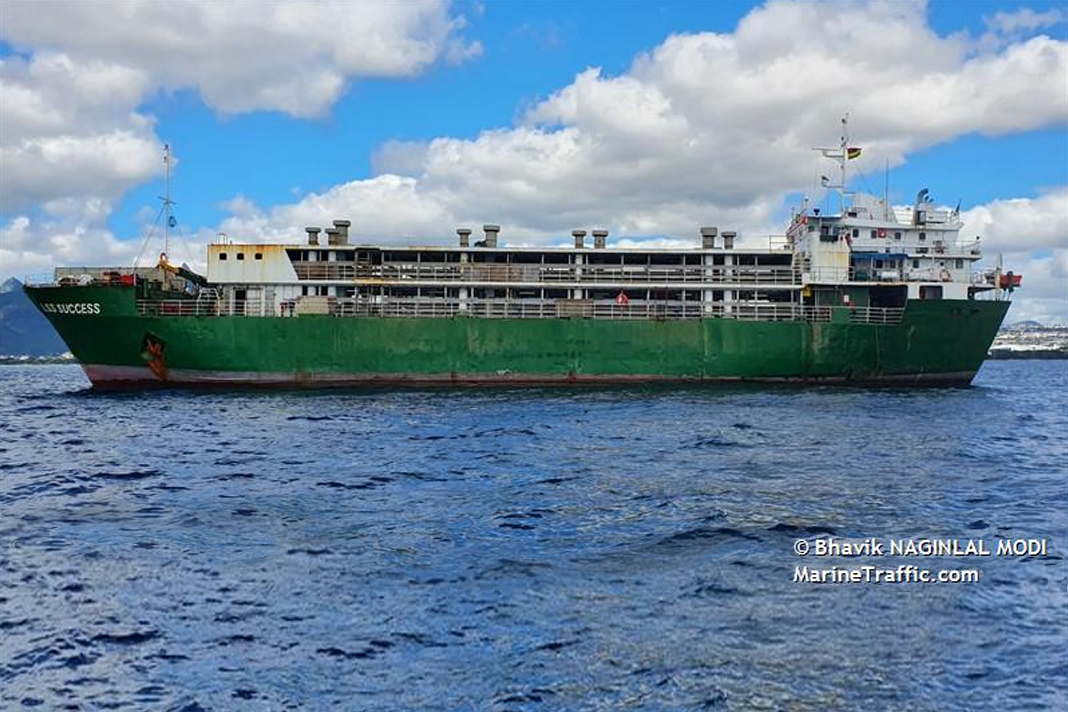 On Sunday, 12th June 2022, the Al Badri 1, a live export vessel, sank in the port of Sudan. The vessel was carrying 15,800 sheep to Saudi Arabia. 15 000 sheep perished along with the ship, while the other 800 that were rescued now display symptoms of illness and are ‘not expected to live long’.

There is a general display of complete apathy amoung those responsible for the Al Badri 1 disaster. Many reports are indicative of the disappointment expressed over the loss in terms of income of the sunken ship instead of empathy for the 15,000 sentient beings that drowned.

“These animals are treated like commodities instead of the feeling, thinking, sentient beings that they are that is why the loss of their lives is treated as nothing. In their last moments, those sheep would have been terrified, they didn’t deserve to die that way. The worst part about this is the fact that this could have been avoided if the relevant stakeholders would recognize the uselessness of live export.” – Senior Inspector Grace de Lange.

Currently, the LSS Success, another live export vessel, is docked in the East London harbour of South Africa with the intention of exporting cattle to Mauritius.

For several years, European Authorities had placed the LSS Success in detention on a regular basis because they had deemed the vessel unfit indicating how serious its deficiencies were.

Not long after their last detention by European Authorities, the LSS then made its first appearance in South Africa in 2019- presumably because of how lackadaisical South African Authorities are when it comes to live export.

Similarities between the Al Badri 1 and the LSS Success include the fact that both these vessels were not originally constructed for the purpose of live export. They were constructed to be ‘Ro-Ro’ boats and were then converted into live export vessels when they should’ve come to the end of their shipping career.

The LSS is currently 52 years old, and she is still being forced to limp across the ocean for the purposes of live export.

Last year, the LSS was responsible for the death of 40 cattle that died on board during export from South Africa to Mauritius. According to the vessel’s incident report, the cattle had died from head injuries, leg injuries, and seasickness because the vessel obviously could not weather the journey. Three more cattle were slaughtered upon arrival in Mauritius due to their condition.

The LSS was in hot water in 2020, after a significant amount of drugs were found on board the vessel by Mauritian officials after its trip from South Africa – Another indication of just how ‘closely’ these vessels are scrutinized in SA.

At 52 years of age, with documented deficiencies, a history of being unsuccessful, a high mortality rate, and pictures that depict what a ‘rust bucket’ she has become, the LSS Success shouldn’t dare to attempt another live export journey- risking the lives of thousands of animals and the human crew.

Every year, without fail, the live export industry causes one crisis after another at the expense of the lives of thousands of animals and even human beings. Supporters of the live export trade really need to re-evaluate the need for live export when there is an alternative (exporting chilled meat) that could prevent such tragedies.

“The transport of chilled and frozen meat is the way that nearly all meat travels in commerce today. The idea of sending live animals is a holdover from a bygone era.” – Prof Kristen Stilt, director of Harvard’s animal law & policy program.

In our opinion, the vessels too are being used from the same bygone era that Professor Stilt refers to. Judging by the average age of the 150-odd global livestock fleet, we expect these common tragedies to only escalate from their already unacceptable current sinking record.