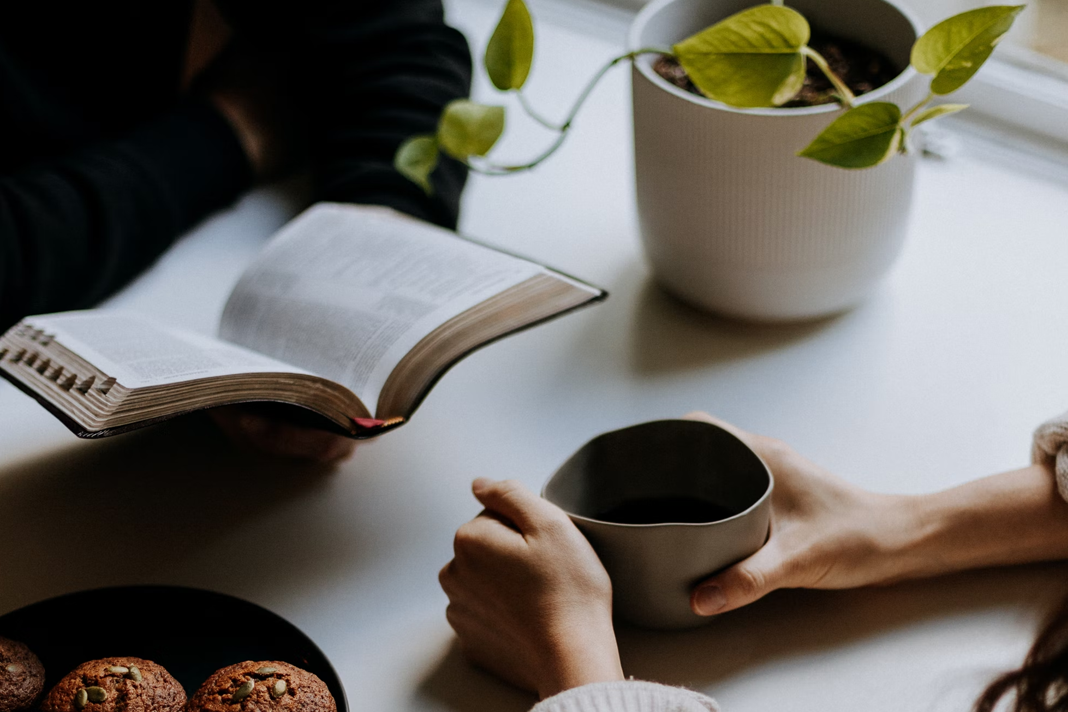 It “answers what people think of Jesus; how non-Christians view any practising Christian friends they might have; and the evangelism landscape in the United Kingdom today”, say its authors.

Furthermore, a part of the report “also shows how practising Christians come to faith and will help church leaders to be strategic for growth”.

The research was completed by Savanta ComRes, which conducted one 10-minute online interviews among about 4,000 UK adults between 28th January and 13th February 2022, with some supplementary fieldwork taking place between 28th March and 5th April.

They divided the respondents into two samples. One was designed to be nationally representative of the UK (3,115 people). The other were 917 practising Christians. “Following fieldwork, these two samples were combined into a single combined dataset”, they explained.

“There has never been a better time to invest in making Jesus known”
According to Rachel Jordan-Wolf, Executive Director at HOPE Together, “this research, that was first done in 2015, enables us to look over 7 years and see trends that will help us strategically with church growth”.

“It has significant things to say about the church’s investment in the younger generations, gives us real hope for the future of the Church and encouragement that now is the moment for evangelism and mission. It reaffirms that, post-pandemic, there has never been a better time, or more need, for us as Christians to invest in making Jesus known”, she added.

Rachael Heffer, Head of Mission at the Evangelical Alliance United Kingdom, stressed that “the report presents good news both for the church across the UK and for us as individual Christian witnesses. It goes to reaffirm that our non-Christian friends think well of us and like us, that there is an ever-greater openness to hear our stories of faith”. 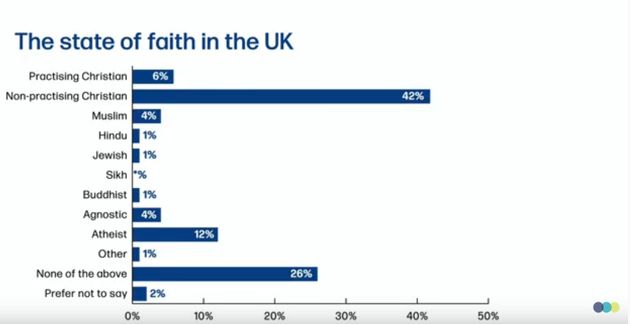 It also says that 20% of the UK population believe that Jesus is the Son of God, and the majority (33%) sees him as a as a prophet or spiritual leader, but not God. Moreover, 45% of the respondents believe in his resurrection. 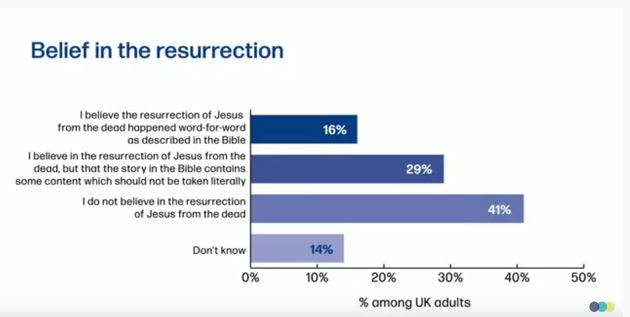 Non-Christians want to know more about Jesus after a conversation with a Christian
According to the report, while in 2015, 68% of non-Christians in the UK said they knew someone who was an active Christian, in 2022, that has fallen to 53%.

“It’s a significant drop and a little bit of a warning. As churches we need to look out and as individuals, we need to make sure that we have got some great life-giving friendships with people who don’t yet know Jesus”, pointed out Jordan-Wolf.

Among the non-Christians respondents, 33% want to know more about Jesus Christ after a conversation with a Christian. “That is so encouraging, it is gone up. In 2015, it was one in five”, said the Executive Director at HOPE Together.

“I wonder if the pandemic and a slightly more wobbly world when people do not know what is happening, has actually made people more interested in faith, but it makes this an even more important moment for us to talk about our faith”, concluded Jordan-Wolf.

Talking Jesus course
In addition to the report, the Talking Jesus website offers “a course to train Christians to share their faith through six-video sessions and a coursebook”.

“One of the key facts we found in the 2015 research was that conversations with Christians are one of the most important influences in bringing people to faith. And we discovered that Christians are not always confident in putting their faith into words so that the course was created to inspire Christians to share their faith naturally and relevantly” explain the authors.