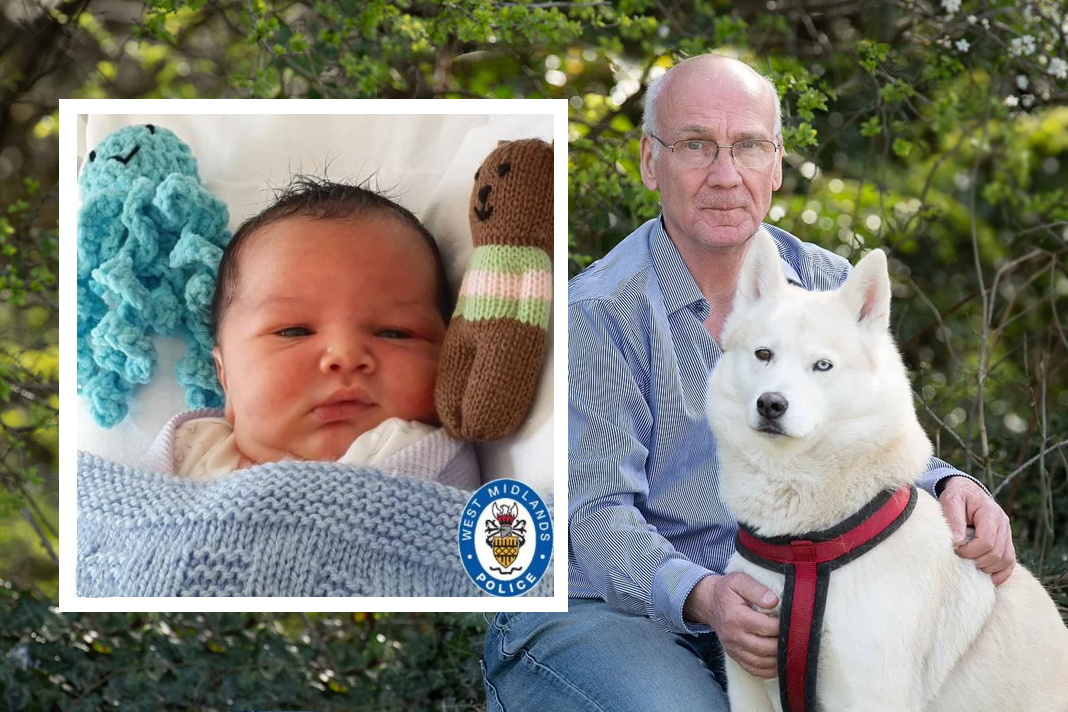 A dog named Hel is being called a hero after he helped to rescue an abandoned baby on April 22 in a park in Birmingham, England.

Terry Walsh, the dog’s owner, was taking Hel for a walk last week, when the dog found a pile of blankets underneath a bush, PEOPLE reported. Wrapped in a blanket was an abandoned baby boy, whom police estimated to be only a few hours old. “Suddenly I heard this baby cry,” Walsh told Birmingham Live. “I think it was Hel’s gentle nudging and the heat from my husky’s body that woke the baby up.” 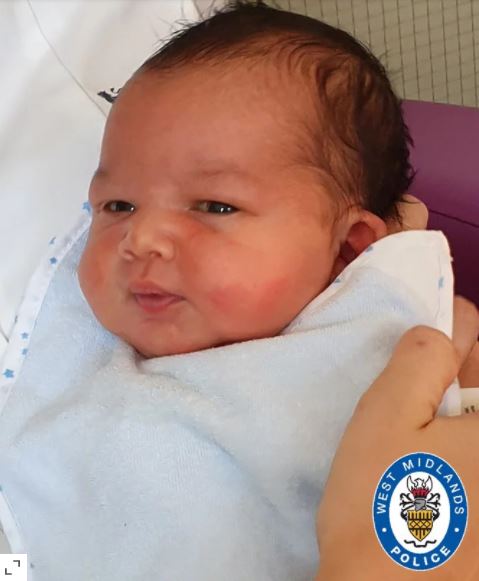 The baby, named George because he was found the day before St. George’s Day, was taken to the hospital, and staff there said he is doing well. Police are now searching for the baby’s mother, and released photos of George in hopes of finding her. There is also CCTV footage of a woman walking around near where George was found about 30 minutes prior to the discovery.

“I  am reaching out to George’s mother,” Detective Inspector Neil Hunt said in a statement. “You are my primary concern right now, and we really need to make sure you’re okay. I don’t know the circumstances around George’s birth but, as a parent myself, I know exactly how overwhelming becoming a parent can be. We’re ready to offer you any help and support you may need. George is safe and well, and your health and wellbeing is our priority — please be assured that you are not in any trouble.” 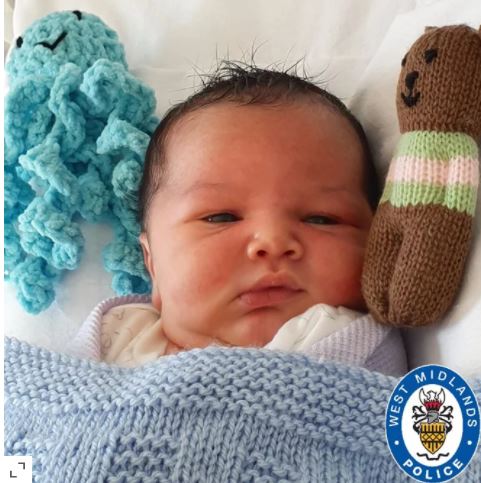 Walsh is grateful that they were able to help save the baby. “I thank the Lord that the baby was alive, that could’ve been a lot worse,” Walsh said. “The baby could’ve been dead. I said to my neighbors, heaven sent Hel to rescue [a] newborn baby boy!”