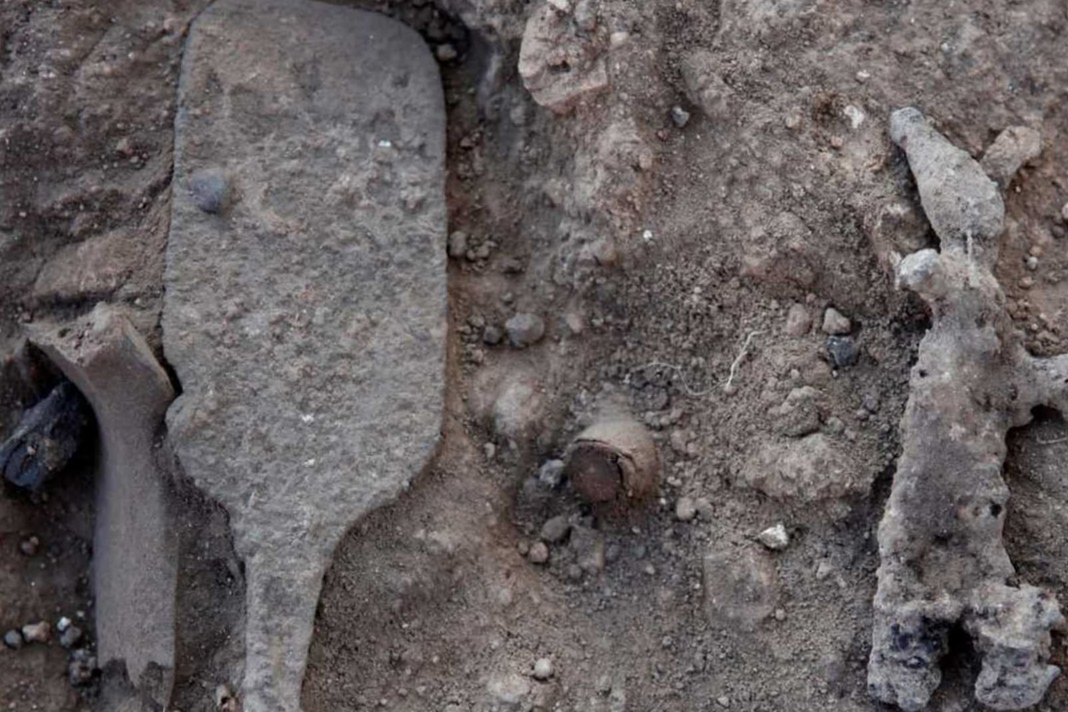 Archeologists find scepter from ancient Canaanite temple that may be the similar in function to the staff Moses used when leading the Israelites.

An excavation by a team of Hebrew University archaeologists found a unique scepter apparently held by Canaanite gods, the university reported Thursday.

Described as “an object of immense religious importance,” the scholars believe the scepter was held by the statue of Baal in the holy of holies in the Canaanite temple at the Tel Lachish site, about 20 kilometers (12 miles) southwest of Jerusalem.

The findings of Prof. Yossi Garfinkel and his team from the Hebrew University Institute of Archaeology were significant enough to be published in the prestigious archaeological journal Antiquity.

Garfinkle likened the find to being the Canaanite equivalent of finding the staff of the biblical prophet Moses, with the scepter performing miracles with the help of the gods.

The researchers postulate that the scepter, which they estimate is about 3200 years old, would have been on a life-sized statue of a god that is well documented in historical and religious sources and in artistic representations. However, there are almost no surviving full-size statues in the region despite the excavation of more than a hundred temples.

Scientists think that no statues exist because they may have been of wood or other material that disintegrated over time. Another possibility they cite is that the statues were covered with gold or other precious item and were the first to be looted when a city was conquered or destroyed.

“This is what an object of biblical tradition means when it describes Moses performing miracles,” Garfinkle said, noting that Moses performed Divine miracles by holding a rod in his hand. “Moses’ supremacy stemmed not from a making a spell or some body movement, but from holding the baton of God in his hand.”

The team also found beads, weapons and various gold items that Garfinkel thinks may have adorned the statue of the god that resided there.

The bronze and silver-plated Divine artifact is small, only 112 mm by 42 mm, or just under 2 inches long. The base of the object is narrow and its body is wide. Adjacent to it were two small statues of a fighting Canaanite god, probably the god Baal.

The intricate and ornate work carved into the object are similar to that of an artifact found during excavations a century ago at Megiddo, 100 kilometers (60 miles) to the north and now on display at the University of Chicago. That find wasn’t thought to be significant at the time but now points to the Lachish scepter being part of a god statue.

Garfinkel noted the Canaanite god figures prevailed in the land before the appearance of the Israelites.