Home News Are We Cursed Because Of Our Government’s Decision On Israel? 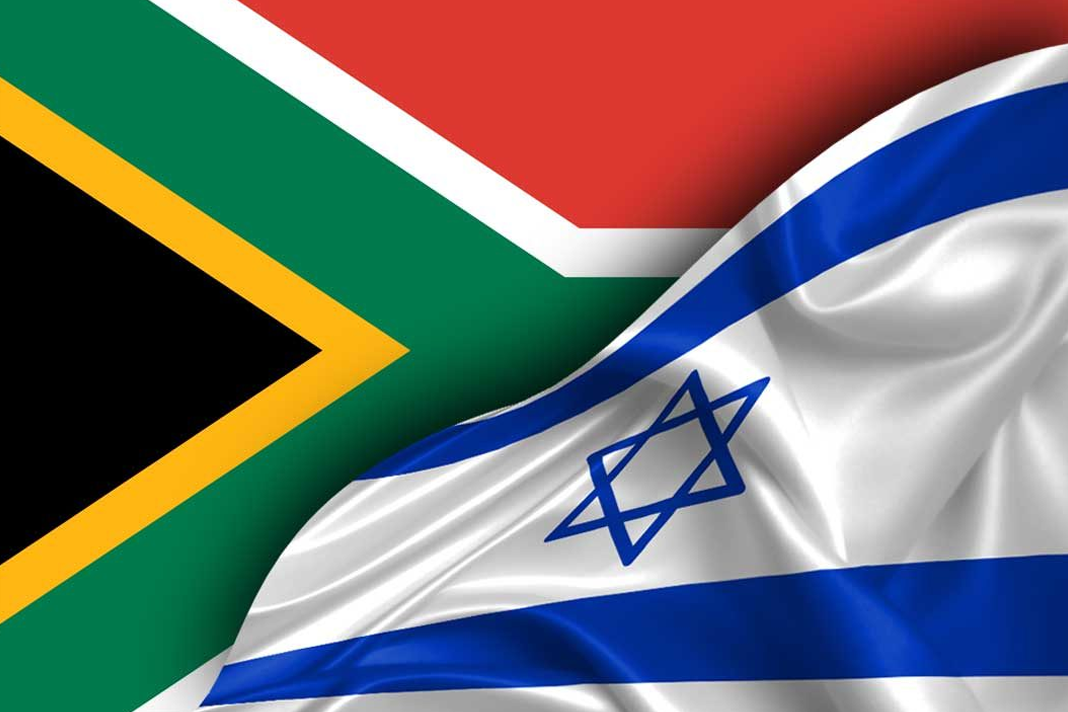 In all spheres of society, South Africa finds itself in dire and calamitous straights. Many people are questioning and asking why. Perhaps we should turn our minds to the stance our government has taken towards the country of Israel, and there we could find the answer.

South Africa’s Stance
The past Minister of International Relations, Lindiwe Sisulu, took a drastic step by downgrading our embassy in Israel and recalling our ambassador in 2018. She said: “Our liaison office in Tel Aviv will have no political mandate, no trade mandate, and no development co-operation mandate. It will not be responsible for trade and commercial activities.” She went on to say that the Ambassador, Sisa Ngombane, was recalled and would not be replaced.

Our current Minister of International Relations, Naledi Pandor, has adopted the same stance as her predecessor. However, last year President Ramaphosa stated that the closing of the South African embassy in Israel may be reviewed, and continued to say that this decision has a detrimental effect on the trade relations between the two countries. He further stated that it may be reconsidered if South Africa feels that there is genuine efforts to improve the lot of Palestinians.

The question that he should be asked is what his reaction and response would be if one of our neighbouring states, north of our borders, were to fire hundreds of rockets into South Africa? Would he turn a blind eye and ignore it, and go on holiday?

Look At The State Of Our Nation

• Unemployment is the highest it has been in many years at 29%.
• Retrenchments are on the increase in all avenues of the business sector, with people being laid off in great numbers.
• Our economy is in the worst state it has been for many years.
• A huge increase in gender based violence, xenophobia, crime and murders, to name but a few of the many.
• Immorality, depravity, and wickedness is at an all-time high in opposition to Biblical principles.
• School violence has increased more than 100% with murder, drugs, and shootings.
• Chief Justice Mogoeng, a committed Christian, delivered the Constitutional Court’s unanimous judgement in September 2019 prohibiting spanking of children – in opposition to biblical standards.
• Corruption and fraud in SOE’s has made headline news year in and year out. The Auditor General in November 2019 said “they are the worst they have ever been.” None clinched a clean audit — and all failed to comply with laws and regulations.
• Devastating drought throughout every province in South Africa.
• Television: 99% of the content shown on local TV stations consists of extreme violence and non-Christian habits, such as alcoholism, lawlessness, drugs, murder, and women abuse. No one in government is taking any issue or condemning what is shown on the small screens.

A possible reason why South Africa finds itself in the state it is in is because South Africa has excluded and rejected Israel.

We have downgraded and recalled our ambassador. We have no trade or commercial activities with Israel. We don’t even officially recognise Israel.
Our government stands with Palestine.

The only conclusion that can be reached is that South Africa has been excluded from the blessing of God.

“The Lord said to Abram after Lot had parted from him, ‘Look around from where you are, to the north and south, to the east and west. All the land that you see I will give to you and your offspring forever.’” – Genesis 13:14-15

Therefore, we are commanded to bless the nation of Israel. When God made His promise to Abram, He also made a promise to the entire world that He would bless anyone – country or person – that blesses Israel.

The prophet Zechariah 2:8 revealed that the physical descendants of Abraham (the entire Jewish nation) are the “apple of God’s eye” and verse 2:8 says, “He who touches you touches the apple of His eye.” This term, used by God, is not used to describe any other nation in the world – only the Jewish nation. 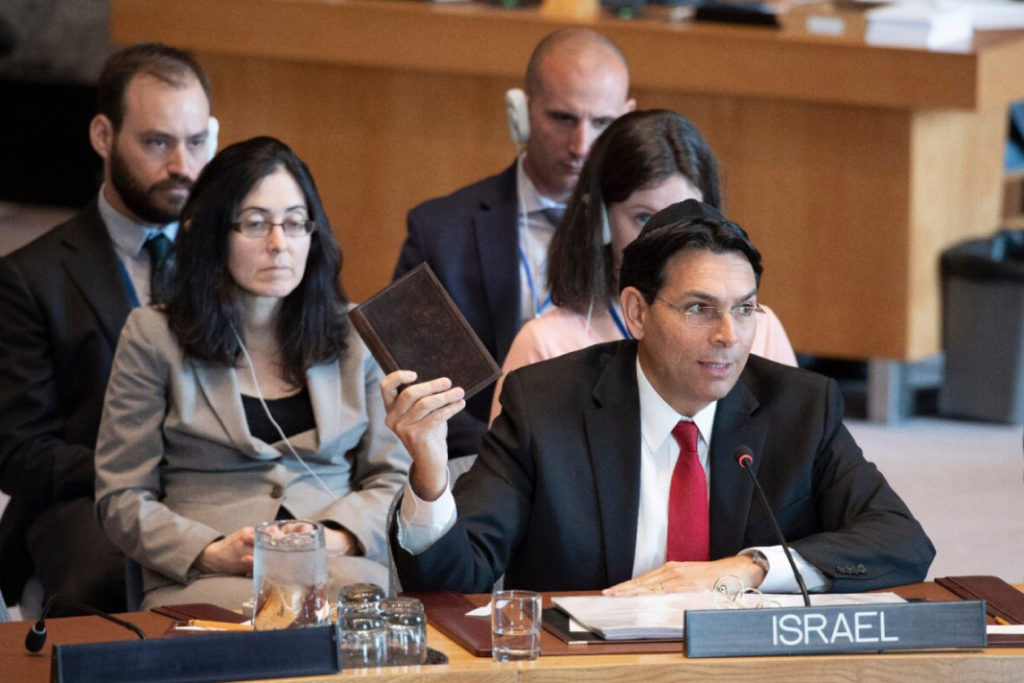 Israel’s UN ambassador Danny Danon used the Bible to defend the Jewish people’s claim to the land of Israel during a special session at the United Nations Security Council. Danon was tasked with the job of proving the case for Jews’ connection to the Holy Land. He outlined four reasons, “The Bible, history, international law, and the pursuit of international peace and security.” In a dramatic moment, Danon opened the Bible and read aloud God’s covenant with Abraham from Genesis 17:7 “And I will establish my covenant between me and you and your descendants after you throughout the generations for an everlasting covenant. And I will give to you and your descendants after you all the land of Canaan for an everlasting possession and I will be their God.” Danon then raised up the Bible, turned to attendees and said, “This is the deed to our land.”

Precise Borders
What are the precise borders of the land promised to Abram’s descendants? The Lord makes them perfectly clear. Like any modern-day land purchase, the deed indicates the boundaries of the land given from the Nile river (which is mainly modern Egypt and Sudan) to the Euphrates (modern-day Iraq). We know that these people (the ‘ites’) mentioned in scripture lived in what is today Egypt, Sudan, Lebanon, Jordan, Syria, Iraq, part of Asian Turkey, and of course all of Israel, including Gaza and the West Bank. The boundaries of the land promised to Abram’s descendants is clearly indicated in the Bible, yet we know that Israel has never had control of the full extent of this land.

Maps & Evidence
This map and border information is taken from theisraelbible.com 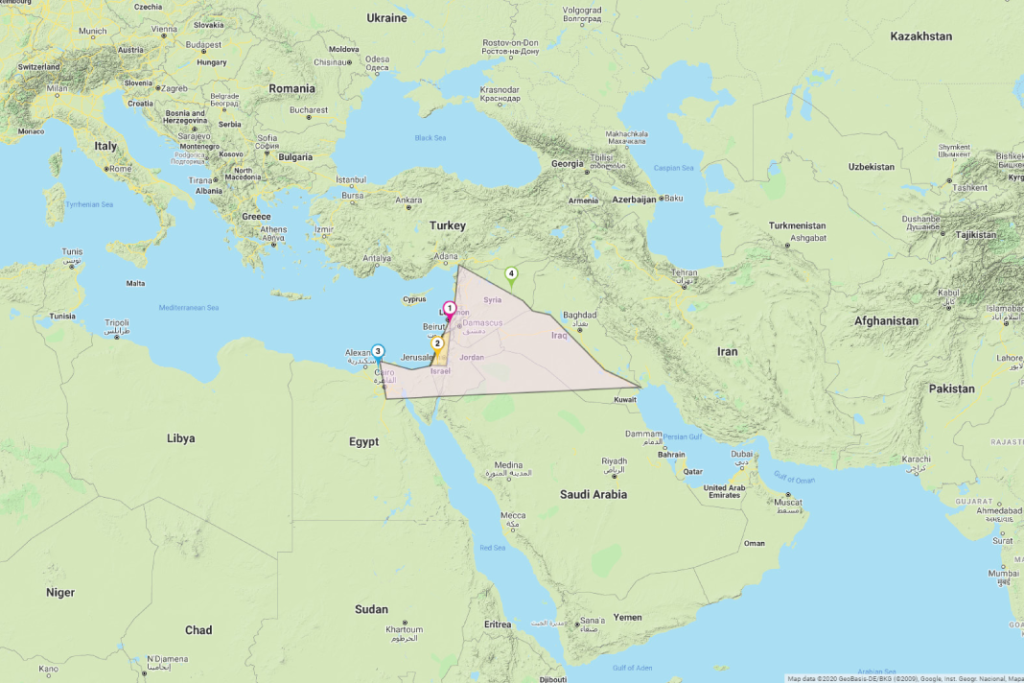 1. Dan is described in the Bible as the northernmost city of the Kingdom of Israel.
2. Be’er Sheva is described in the Bible as the southernmost city settled by the Israelites. Avraham (Abraham), Yitzchak (Isaac), and Yaakov (Jacob) all spent time in Be’er Sheva (modern day Beersheba).
3. The Nile River is Egypt’s primary source of water. At the beginning of the Israelite’s slavery in Egypt, Pharaoh commanded that all baby boys be thrown into the Nile (Exodus 1:22)
4. The Euphrates River is the longest river of Western Asia, and is one of the two defining rivers of Mesopotamia. According to the Bible, the Euphrates was one of four rivers whose source was a river flowing from the Garden of Eden (Genesis 2:14). 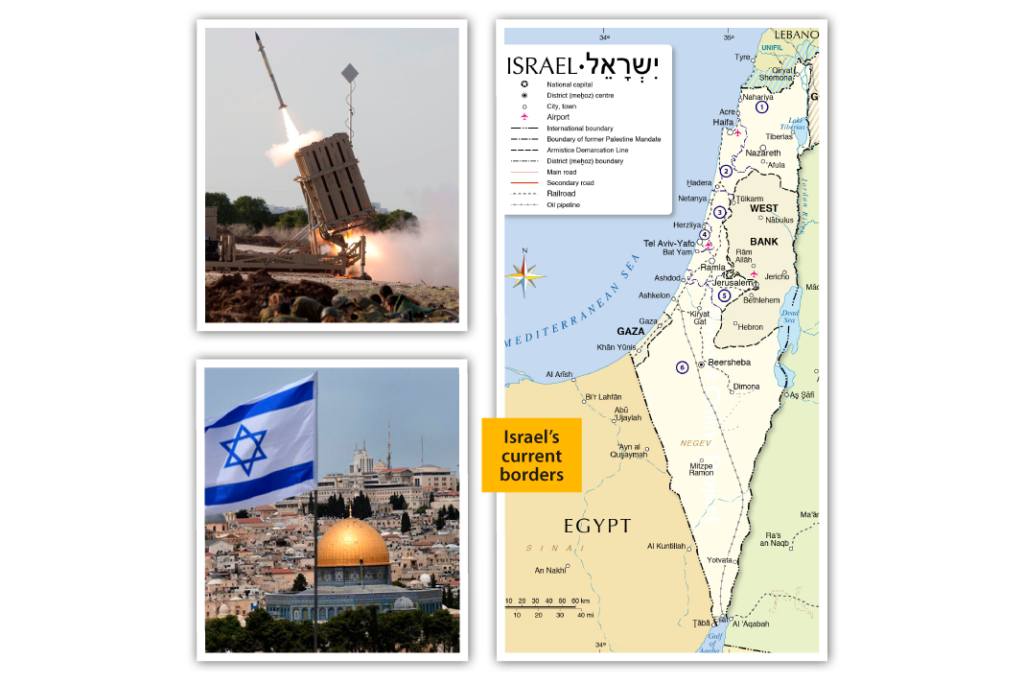 Date published: 14/02/2020
Feature image: Israel and South Africa Flag
Desiree Mansfield is a JOY! reader and supporter. She can be contacted on desireeee@vodamail.co.za