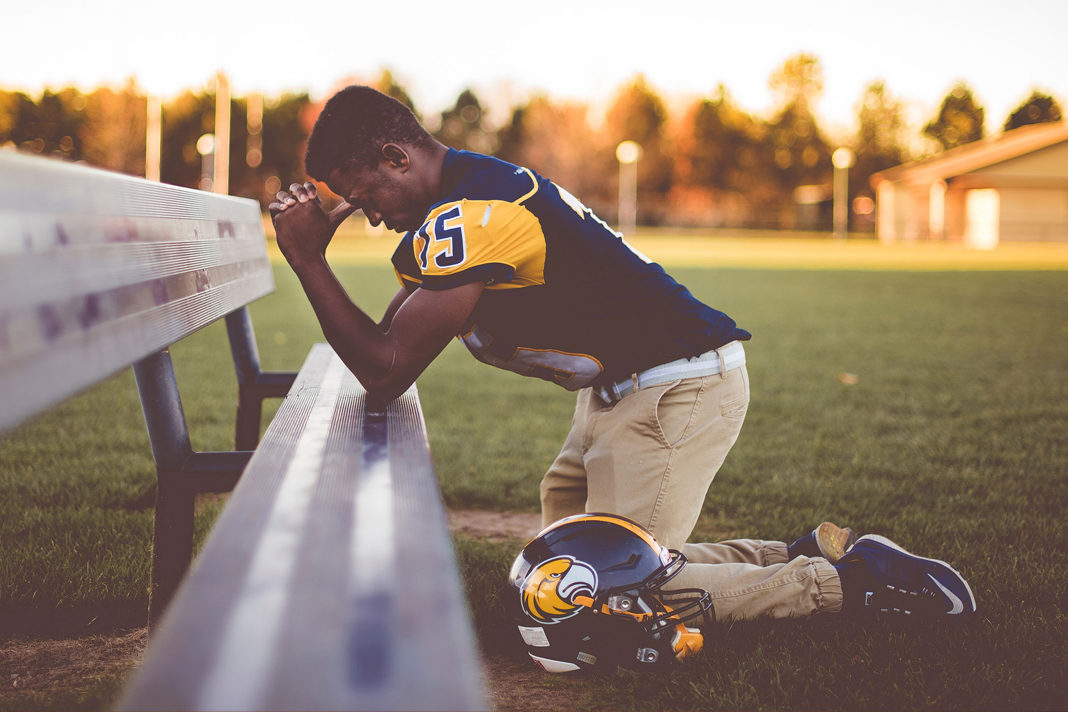 The Freedom From Religion Foundation is taking an Alabama High School to task after 18 football players were baptized last month.

According to Fox News, 18 players for the Washington County High school were baptized in a feeding trough by Chatom Baptist Church’s pastor in May. The event was recorded and posted to Facebook where most people rejoiced in the sight.

One person, however, seemingly did not find the baptism of the players appropriate, prompting them to reach out to the FFRF.

According to Fox News, the FFRF – an atheist law firm claiming to fight to protect the separation of church and state – sent a letter to the Washington County Schools Superintendent in May, claiming that the coach was participating in “illegal” activities because of his involvement in the players’ baptisms.

The letter claimed that one resident of the 1,200 people living in the town of Chatom contacted the FFRF upset that the players were baptized, some by the coach.

Christopher Line, a legal fellow at the FFRF, wrote in his letter to the Superintendent that it is “illegal for coaches to organize or participate in religious activities with students, including baptisms.”

He continued, “We request that the district investigate and take the appropriate steps to ensure there will be no further illegal religious events, including team baptisms, during school-sponsored activities.”

“Coaches and school staff should be instructed that they can neither organize nor participate in religious activities with students while acting in their official capacity,” the fellow continued.

Evangelical pastor Franklin Graham weighed in on the complaint by thanking God for “coaches and teachers across our country who are boldly living out their faith in Christ.”

Graham wrote in a post on Facebook, “Congratulations to these 18 football players and their coaches from Washington County High School in Chatom, Alabama! These students who had put their faith in Jesus Christ were baptized in a feeding trough while everyone celebrated—well, almost everyone.”

“One person in their small town complained to the atheist Freedom From Religion Foundation and now they’re demanding an investigation about these ‘religious activities,’ Graham added.

“I thank God for coaches and teachers across our country who are boldly living out their faith in Christ and care deeply about the lives of their students. God bless them.”

Deputy general counsel for First Liberty Institute Jeremy Dys also weighed in on the complaint noting that the baptisms are exactly what the constitution aims to protect with the First Amendment right to Free Exercise.

According to Fox News, Dys wrote, “The Constitution never requires people of faith to hide themselves from public view.”

“In fact,” he added, “the ability of students and members of the Fellowship of Christian Athletes to freely exercise their faith in public is the very essence of the First Amendment.”

Washington County Schools has yet to make a public announcement regarding the complaint.