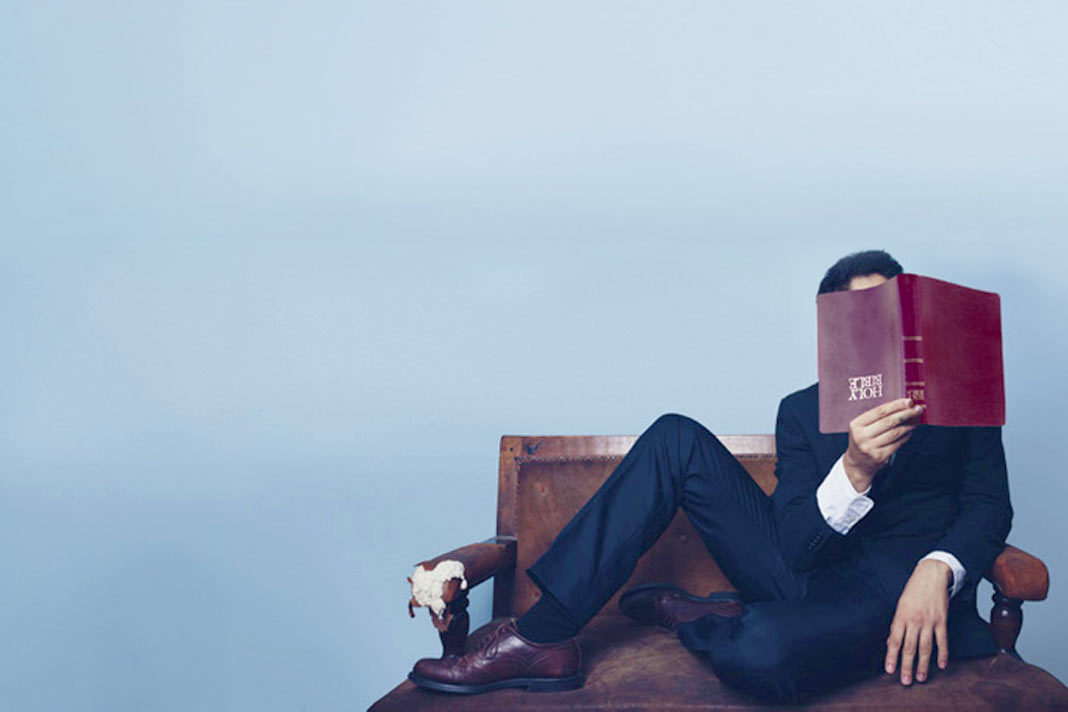 Biblical illiteracy in the news media was put on display like never before. First, the Wall Street Journal misquoted Israeli prime minister Benjamin Netanyahu as saying that “Moses brought water from Iraq.” What the prime minister actually said was that Moses “brought water from a rock,” a reference to either Exodus 17 or Numbers 20. This mistake was frankly hilarious, especially if you were raised (as I was) in a part of the country where the standard pronunciation for Iraq (“Iye-RAK”) would leave little room for such confusion.

The next goof—this time from NPR—was less entertaining than dumbfounding. A piece on Pope Francis at NPR’s “Two Way” blog described Easter as “the day celebrating the idea that Jesus did not die and go to hell or purgatory or anywhere at all, but rather arose into heaven…”

It takes effort to get the central fact of the New Testament this bizarrely wrong. “Purgatory”? What are they even talking about? If you don’t know that Easter “is the day Christians celebrate Jesus’ Resurrection,” as NPR’s corrected text reads—if you can’t get this most basic belief of the world’s largest religion right—then readers and listeners could justly ask what business you have reporting on religion, at all.

But the parade of biblical illiteracy didn’t end there. The same day, NBC’s Chuck Todd tweeted out this gem:

“I’m a bit hokey when it comes to ‘Good Friday.’ I don’t mean disrespect to the religious aspect of the day, but I love the idea of reminding folks that any day can become ‘good,’ all it takes is a little selflessness on our own part. Works EVERY time.”

Can you imagine a reporter at one of the nation’s leading cable networks juking Muslims at Ramadan with this kind of fortune cookie moralism? Can you picture a newscaster tweeting out at Hanukah, “I don’t mean disrespect to the religious aspect of this day, but any day can be filled with light, if we just hold hands and sing Kumbaya”? He would probably lose his job. One imagines Todd snatching the microphone and saying, “Imma let you finish, Jesus, but any Friday can be good if we’re just selfless.”

All of this coincided with the suggestion by a Massachusetts New Testament Studies chair that Jesus was a “drag queen,” worryingly described by—of all outlets—Fox News as an idea “most Christians” would find heretical. Most??? And let’s not forget Joy Behar’s recent suggestion on “The View” that Mike Pence may be mentally ill for listening to the voice of God.

At this point, it’s not clear whether denizens of the great American newsroom have even a passing familiarity with the Bible, or the religion whose history and beliefs it chronicles. Networks and papers strain muscles to represent race and sex fairly on staff and in print, yet when it comes to religion, our media powerhouses seem about as diverse as the kale chips aisle at Whole Foods.

This is a problem for a lot of reasons besides the fact that journalists and commentators so often take it upon themselves to lecture Christians about the content of our religion. There is something more troubling going on here. I see a crack in our culture that’s deepening and threatening to fracture the foundation. I’m talking about a rent in the common ground that makes Western democracies different from, say, India.

Writing in the Washington Post, Christine Emba admits that many Americans—particularly those in the news media—are more likely to recognize a “Harry Potter” reference than a biblical one. This is a problem because “as a reference point, the Bible is a skeleton key that unlocks hundreds of years of culture, from Shakespeare to Kehinde Wiley.”

The problem of biblical illiteracy is much more serious than deafness to Old Testament references in “The Merchant of Venice,” though. Emba hints at this when she points out that Dr. Martin Luther King, Jr.’s “Letter from Birmingham Jail” is virtually unintelligible without a working knowledge of The Acts of the Apostles.

The hinges upon which our civilization has turned—whether we’re talking about the end of infant exposure, natural rights, political equality, or the abolition of slavery—have almost exclusively been biblical hinges. Several movements we may consider evil or misguided (say, the Crusades) were also perpetrated in the name of biblical faith. Even the few chapters in Western history not dedicated by their authors to Jesus were conscious negations of Christianity (Nietzsche says, “God is dead.” What God? The biblical God).

Between the fourth and twentieth centuries, basically no movement, reform, revival, conflict, work or art, symphony, or solitary piece of literature in the West came about independent of this grand dialogue with biblical faith. To appropriate a phrase from Flannery O’Connor, Western civilization is “Christ-haunted,” for good or ill. If you don’t understand the Bible, you can’t understand the West.

Writing at The Federalist, David Marcus uses media gaffes as a call to return the Bible to public schools, not as religious indoctrination, but as literature. You don’t have to believe in the Bible’s history, message, or even its God to understand that it midwifed our civilization. He’s right, but his call is likely to go unheeded, to our ruin.

The current obsession among educated progressives with being “on the right side of history” may be due precisely to their pristine ignorance of their own history, and how it was written. After all, if our present actions are not measured against a divine moral standard, then future generations are the only judge left to take up the gavel. As I have written here and here, and Ross Douthat has written here, modern liberalism is a Christian heresy—a religion “stuck halfway between Heaven and earth.” It continues to apply Christian categories like equality, human rights, mercy, and justice, but in ways alien to these values’ Christian foundation. In this sense, biblical illiterates at the helm of our culture are the vanguards of what Os Guinness calls our “cut flower civilization.” We still look pretty and talk like Christians. For now.

But the cost of not knowing the Bible goes deeper still—past Shakespeare and Chaucer and the Magna Carta and the Civil Rights movement. Ignorance of Christianity undermines the deepest aspirations of the Western mind, and our ability to know why we have these aspirations. Our longing for freedom, for exodus, for a promised land, for equality between sexes, and races, classes—for dignity, compassion, and decency to our fellow man, no matter his home country—our very convictions on the universality of our Constitution’s claims about freedom and “inalienable rights”—these are the parts of us conformed to the contours of Christianity. The thing in us that cries out when we see a stranger’s toddler washed ashore on a Turkish beach or causes us to cheer when a firefighter rushes back into a burning high-rise to save one more soul—that is the bit of us shaped by the Bible.

The only ignorance worse than not knowing the book that made us who we are as a civilization is believing we can go on being civilized without that book. The marks of the Bible upon the West and its people are deep. Very deep. Like the color of the cut flower, they linger long after they’re severed from their source of nourishment. But they are not indelible. We were barbarians before the God of the Bible found us. And we can become barbarians, again.

This piece originally ran at BreakPoint.org.
Read more at www.patheos.com