Home News Bishop: Venezuelans Are Being Denied ‘The Basics Of Life’ 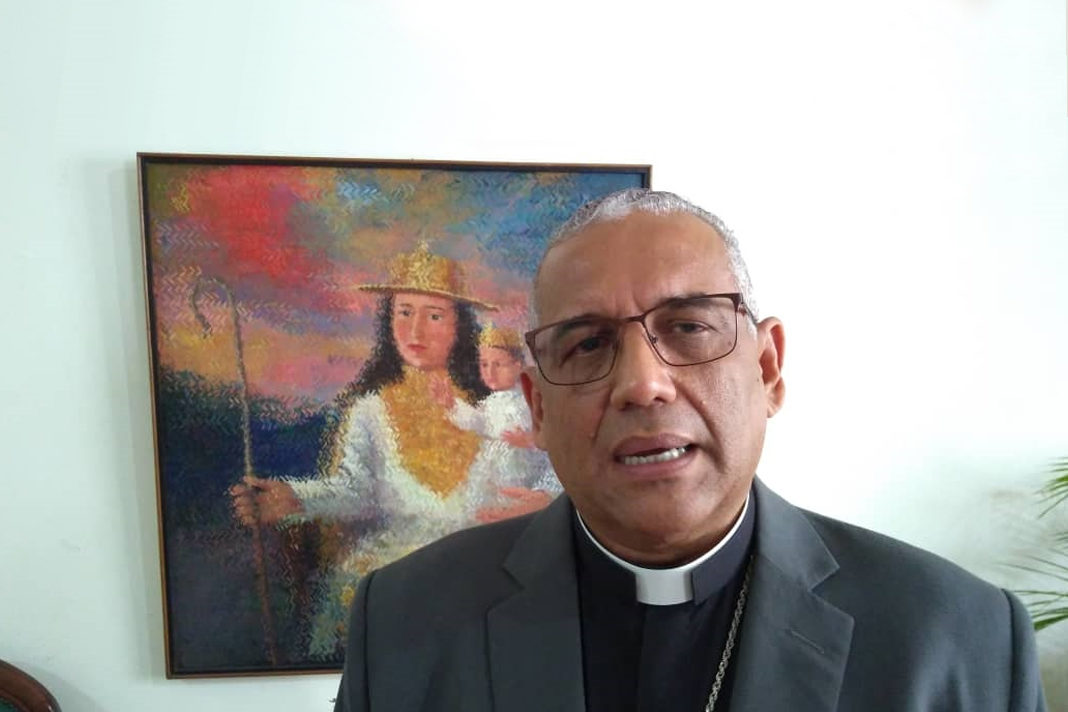 It was the day of the pilgrimage in honor of the Virgin Mary as the ‘Divina Pastora’ (Divine Shepherdess), which takes place annually in the Venezuelan city of Barquisimeto. Bishop Victor Hugo Basabe of San Felipe, apostolic administrator of the Archdiocese of Barquisimeto, used the Jan. 14 occasion to reflect on the ongoing plight of the Venezuelan people.

Touching on despair and disappointment as well as on hope and faith, the bishop’s homily that day held a message of encouragement addressed to the Venezuelan people. Bishop Basabe compared the country’s current situation to the persecution of the inhabitants of the biblical city of Bethulia, as recorded in the Book of Judith, which was featured in the reading of the day. Venezuelans, too, he said, are “a besieged people, a people that someone wants to debase, and deny the basics of life.”

The bishop condemned the “institutional violence that persecutes and banishes those who disagree with the status quo and want [the ousting] of the country’s leaders, as the latter force many of our loved ones to find new ways and search for new horizons to ensure their survival.” He praised health-care professionals who work “acts of magic” in a country which does not allow them “to exercise their profession, even with the necessary bare minimum.”

The prelate referred to the “international and geopolitical situation” currently affecting Venezuela. He spoke of “shadowy interests, hypocritically uninterested in the lives of millions of human beings, who are pushed into the most abject poverty.” The country is the victim of a system led by people who care only about “what they can get out of Venezuela and not what they can do for it.”

Bishop Basabe stressed how important it is for the people to be governed by politicians who truly love the country, who hold “sufficient ethical principles of reference,” in contrast with “self-centered and partisan interests.” The Venezuelan people, “eager for change,” has been betrayed, he said, by “those merchants of politics in whom it placed its trust [in the Dec. 6, 2015 parliamentary elections], because they aspired to change.” In the end, the people “sold themselves for a pittance.”

This people “are thus the victim of the new Holofernes—[the Assyrian general who besieged] Bethulia. They took control of the country, which they can hold only through force. And despite the oath they took to defend the country and its citizens, today they are politically biased and cowardly turned against the same people when it demands its rights and cries out for justice.” The Virgin Mary as Divina Pastora

Mindful of the reason for the pilgrimage and rooted in the love for Mary ‘Divina Pastora,’ the Bishop compared the Virgin’s suffering over the death of Jesus to the suffering of millions of Venezuelan mothers faced with “the death of their children from hunger and malnutrition and from [their children’s] physical absence due to their forced migration.” Bishop Basabe asked Mary for her intercession to see that “Venezuela moves along the paths of true peace, democracy and freedom.”

The expansive and dynamic homily met with loud applause from the congregation after the bishop concluded with a message of hope, faith and unity for the Venezuelan people. “It is time for trust and unity so that we, as a people, can set ourselves up as a wall of peaceful resistance against those who want to besiege us and make us lose trust in God and in a better destiny, through the intimidating use of power and might.” He urged all Venezuelans to reject and combat “improper behavior” that allows “evil” to choke off “goodness.”