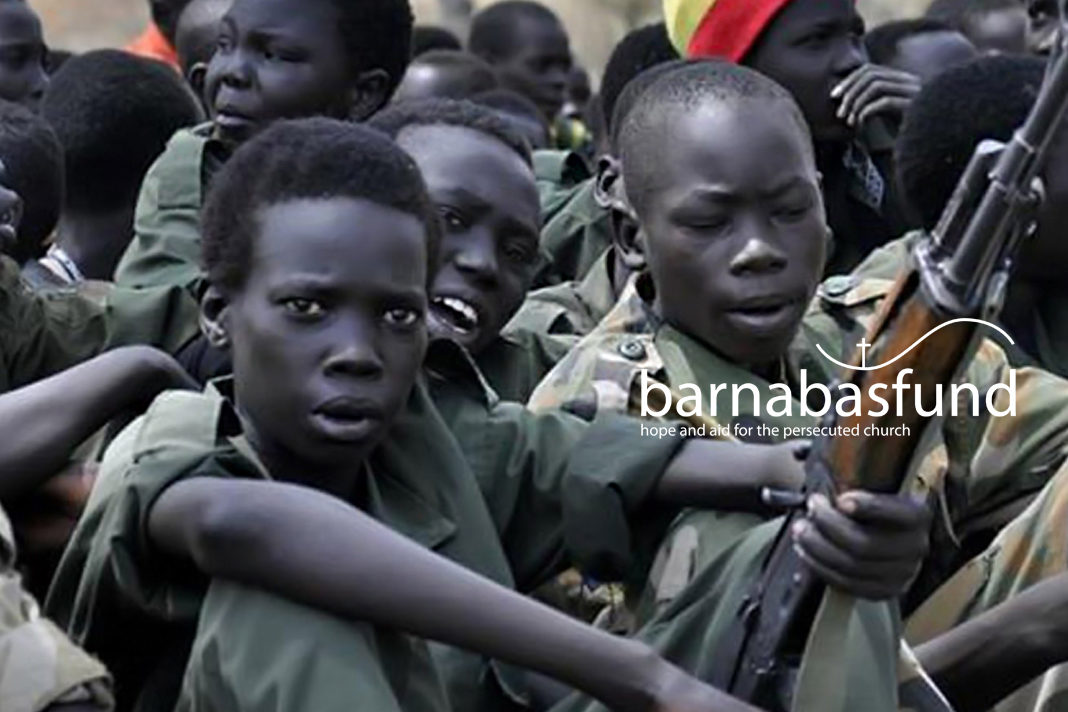 A Christian schoolboy, reported to have been twelve-years-old, was hacked to death by Boko Haram when he resisted the militants’ attempt to abduct him as a “child soldier” in a raid on Tourou district, Far North Cameroon, on around 19 November.

The young boy and his mother had fled their home when the militants swept into the village looting homes rather than setting them on fire, stripping them of possessions and household items, including clothes and bedding, reported a Barnabas contact.

Boko Haram militants operating in the region are known to capture male children and youths to force them to train as militants. It is thought the boy was killed on the spot when he refused to be carried off, knowing he would be forced to join and fight for the terrorist group.

Our contact, a local pastor, pleaded for prayers saying, “I am now tired and don’t know how to help them in their trauma. Pray for me because I am always visiting our brothers in Christ when [attacks] happen to them.”

Retired pioneering pastor, David Mokoni, and a hearing-impaired Christian boy were killed when Boko Haram militants attacked a church in Moskota, Far North Cameroon, on 6 November in one of a recent spate of at least four brutal attacks. Another boy, aged 15, died when militants split his skull with an axe as he slept in Kotserehé village, on 31 October.

Boko Haram has been stepping up its attacks on Christian villages in Far North Cameroon in an attempt to establish an Islamic caliphate from north-eastern Nigeria all the way to northern Cameroon. The UN estimates that more than 170,000 Cameroonians, mainly Christians, have been forced to flee their homes by Boko Haram.