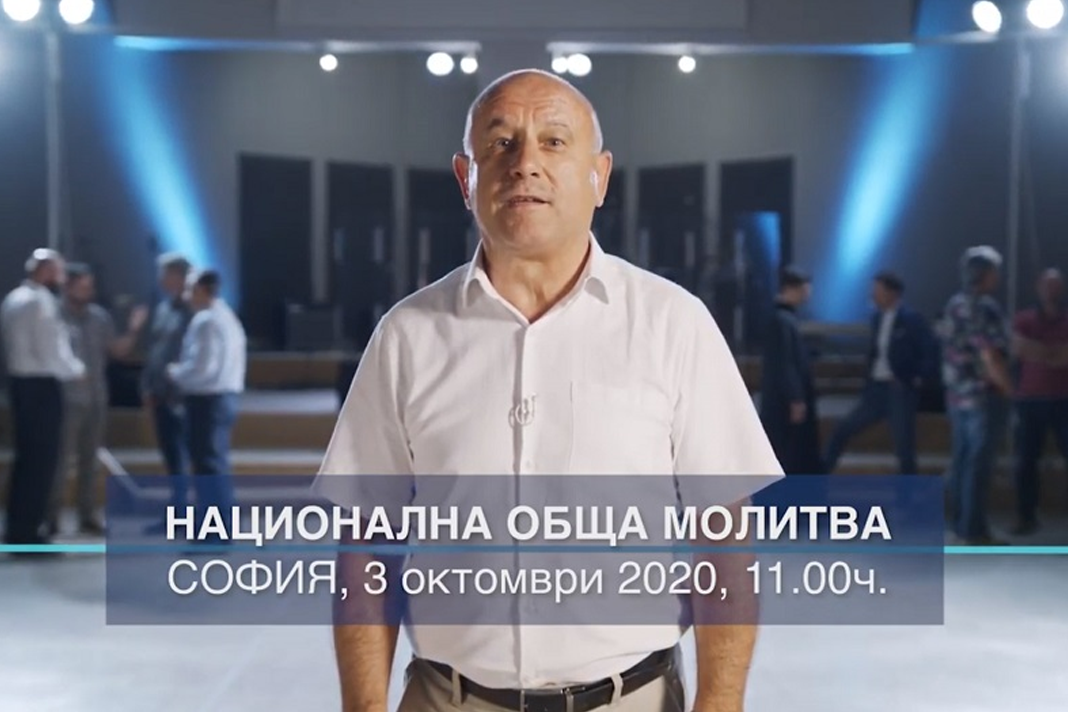 In Bulgaria, October 3, 2020, was set apart as a National Day of Prayer. Hundreds of Evangelical Christians participated via an online streaming as pastors and worship leaders met physically to pray for the expansion of God’s Kingdom.

Hours of intercession and music filled most of the midday as church leaders and Christian professionals took turns before the microphone.

Movement of prayer and brotherly love
The initiative called “Common Movement for Prayer and Brotherly Love” was started in March, 2017, after eighty pastors from various Protestant confessions put their hearts together. They agreed to launch an annual series of prayer events in six regions round Bulgaria.

Every couple of months, Christians across the denominational rainbow would congregate in a different town, and their regional day of intercession would be broadcasted live for the rest of the country. 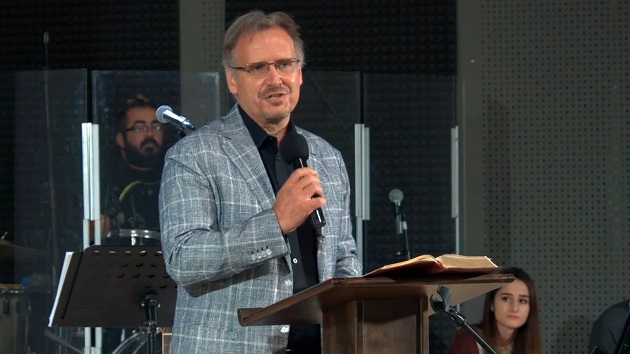 Once a year, in autumn, a national prayer day captivates the hearts of lay Christians and church ministers, drawing them for a meeting together. In 2018, more than 5,000 people gathered in Plovdiv, and in 2019, more than 3,000 assembled for the annual prayer in Varna. Both times the events were also live streamed, and dozens of local churches organized local prayer meetings following the common event on screen.

Last weekend, the organizers set up their third consecutive National Day of Prayer. This time, however, due to the coronavirus outbreak, the convention was held with a limited physical participation. A couple of dozens of pastors met live, adhering to all necessary measures of social distancing, disinfection materials and face masks – as prescribed by the national health authorities. A worship band filled the live stream with praise and devotionals as leaders took their turns on stage to pray for various topics. Hundreds of local churches and home groups followed the broadcasted feed.

Coronavirus in BulgariaThe Covid-19 pandemic in Bulgaria has so far developed on a milder scale in comparison to other European countries. After a March-May lockdown, the national “state of emergency” was lifted, and in its place the government declared a state of an “emergency epidemic situation”. It has since been extended several times, and is now active until November 30.

Group celebrations with the presence of more than 30 people indoors and outdoors (including weddings, balls, baptisms, etc.) are not allowed. Face masks are mandatory in all indoor public spaces (including churches) with the exception of customers in food and drinking establishments.

During the initial lockdown between March 13 and May 13, the authorities issued a ban on all kinds of public meetings. However, they never included worship centres and chapels in that prohibition, and it was up to every local church to make their own decision whether they would continue gathering people.

Most opted to shift to online services while others continued meeting together after taking care of every conceivable health precaution. After May, most Evangelical churches have restored their in-person worship services.

Intercession in various areas
The National Day of Prayer involved a busy program with dozens of topics. After an introductory devotional on prayer and unity led by pastor Theodor Oprenov (Sofia) on John 17, the worship team submerged the believers in a time of contemporary praise. The meeting was scheduled in five main “prayer blocks”, including: (a) worshipping, thanksgiving, repentance and seeking the Lord’s face; (b) salvation of people through the spreading of the Good News; (c) the unity of Christ’s Body in the country; (d) prayer for social transformation: government, education, healthcare, culture, media, healthy marriages, etc.; (e) global prayer focusing on: the Balkans, Europe, Israel, the whole world.

A total of 25 ministers and leaders voiced out these intercessions one after the other, as hundreds of others accompanied them from their homes or church halls across the country. A significant part of the program involved leaving an empty window of time filled only by discrete music background. This was the cue for every local congregation to lift their own voices wherever they had gathered to participate in the live event, praying for the salvation of people in their own town or village. 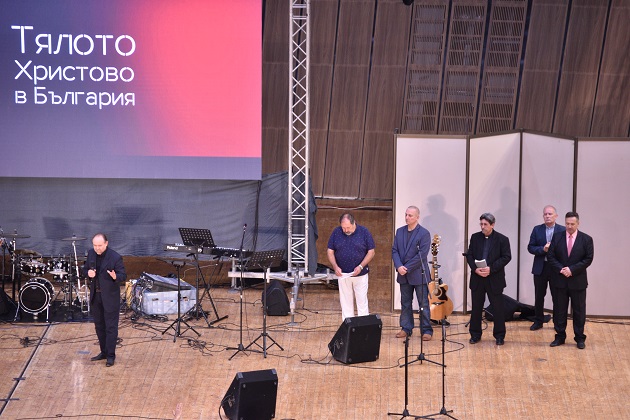 Some pastors joining the 2019 National Prayer Day in Varna, Bulgaria.

In March, 2021, Evangelical pastors will meet to evaluate the development of the prayer initiative and to plan future events. They are looking forward with anticipation of God’s intervention for a revival and new seasons of spiritual change. Church leaders base their intercession of firm commitment to the Bible and its transformative work.

It was Evangelicals who made the first Scriptural translation into modern Bulgarian language back in 1871 (predating the Orthodox translation by half a century as it was not published until 1925). In 2021, they will be celebrating 150 years since that defining achievement.

According to latest national census, about 65 thousand Bulgarians have identified themselves as Protestants (locally, the terms “Protestant” and “Evangelical” are used in parallel). The true number is probably significantly higher as almost a decade has passed. The Bulgarian Evangelical Alliance now consolidates 14 denominations and 15 non-church organizations. In 2019, it celebrated a hundred and ten years anniversary since its official founding back in 1909 when the three then existing denominations (Methodist, Congregational and Baptist) set up an organizational accord for representation and dialogue.

Religious life in Bulgaria
Officially a secular state, Bulgaria has experienced decades of religious peace. The capital Sofia is known for its so-called Square of Religious Tolerance. It contains the “St Nedelya” Church, the “St Joseph” Cathedral, the “Banya Bashi” Mosque and the Sofia Synagogue. Two of the traditional Evangelical churches, the Methodist and the Congregational, are in close proximity. Similar patterns of peaceful religious cohabitation are characteristic of other regions, as well.

After the collapse of Communism in 1989, the country experienced an outburst of interest in various religious forms. That first decade up to the turn of the century was marked by excitement with newly discovered freedoms, including the freedom of religious expression.

The transition to democracy, market economy and multiparty system was however not as serene as many had anticipated. Corruption, economic failures and political instability vastly impeded the shift from Communism to open society values.

After the turn of the century, governmental efforts focused on shifting the country’s economy from state owned to free market. Internationally, the greatest success of the nation was joining NATO (in 2004) and the European Union (in 2007). These two events marked the highlight of public reorientation towards Western values. 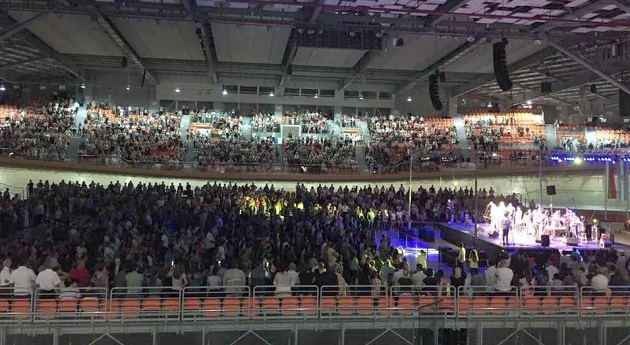 Civil freedoms (of faith expression; of free gathering; of free speech), now guaranteed by constitution, secured a more mature approach to belief. Unlike the 1990s, marked by chaotic religious waves, the first decade of the 21st century was characterized by a calmer and more sensible development. A new religious law was passed guaranteeing freedom of belief. New church buildings were constructed, anti-religion hate speech in the media quieted down, and smaller religious communities experienced growth (the number of Catholics officially grew from 44,000 to 49,000 members, and Protestants increased their number from 42,000 to 65,000 followers in the decade between 2001 and 2011). The two dominant religions, Eastern Orthodoxy and Muslim faith, dropped by seven and two percent, respectively.

According to latest national census as of 2011, 76 percent of the Bulgarians identify themselves as Eastern Orthodox; 10 percent share Muslim expression of faith (including Sunni and Shia); 1.1 percent express various forms of Evangelical Christian (also called Protestant) denominations; and 0.8 percent of the respondents are Catholic. All other religious groups add up to 0.2 percent of the population. A little less than five percent claim they are not followers of any religion; and another seven percent of the respondents declined religious self-identification. Strangely enough, censuses in Bulgaria do not produce any number of atheists, as the questionnaire generally do not allow such a reply.

Here is how these percentages changed between 2001 and 2011 (national censuses are held every ten years in Bulgaria; the next one is due in January, 2021): 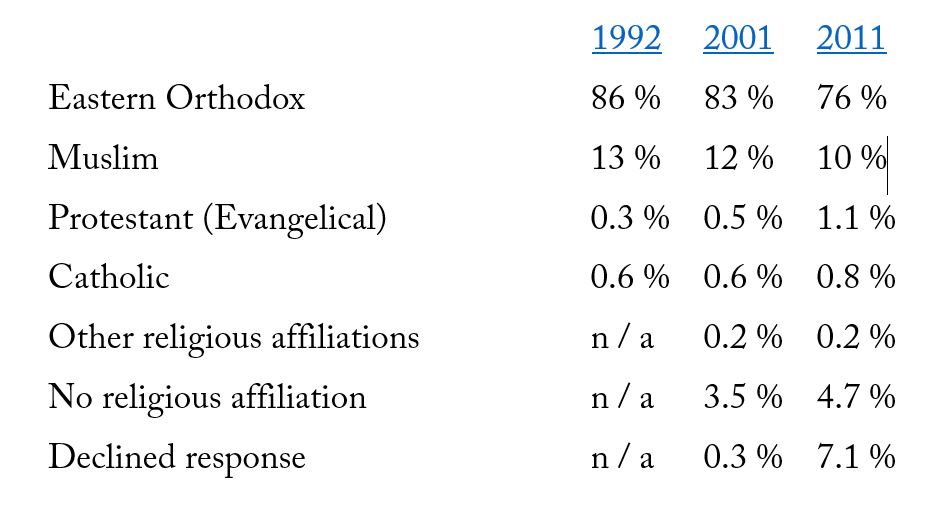 Evolution of religious affiliation in Bulgaria, according to the official census 1992-2011. / Source of data: nsi.bg/census2011

The main six religious communities have formed a committee that serves with functions as council of religious affairs with the prime minister’s office. This body is called National Council of Religious Communities in Bulgaria, and it includes one representative of each community: Muslim, Protestant, Catholic, Jewish, Armenian. Formally, the Eastern Orthodox Church also sits in the Council, but they never send their representative.