Home News Can My Voice Make A Difference? 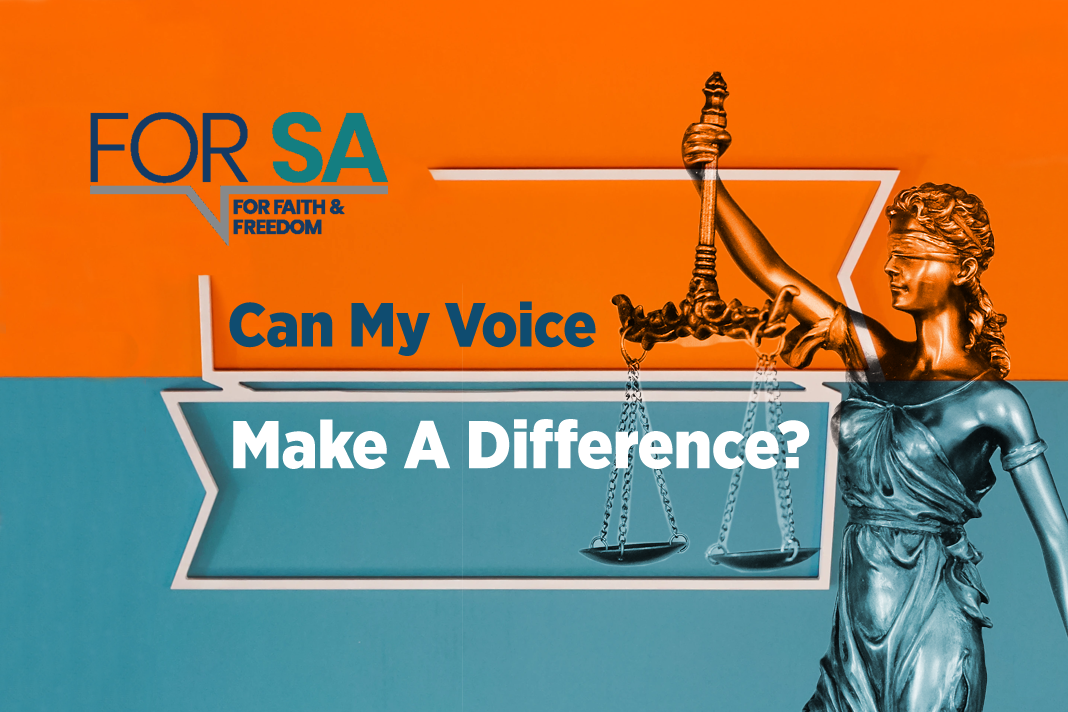 We live in a world where there is a relentless assault on people whose views and actions are not “politically correct”. Liberal ideologies have successfully infiltrated most of society’s institutions, often spearheaded by a well-organised, committed minority who strategically dominate key spheres of influence. We see its impact where Comprehensive Sexuality Education (CSE) materials are used to indoctrinate learners in public schools; in the “cancel culture” of the media and online platforms which shut down any dissenting views; and in the relentless propaganda of the entertainment industry. However, the greatest threat comes when political power and all the mechanisms of the State are marshalled to cram down and impose a single ideology on an entire society. Human history is filled with horrific examples of the repression and persecution which inevitably results.

How did we end up here?
We often ask ourselves, “How did we end up here?” It is therefore vital that people of faith gain a renewed understanding of (and appreciation for) the importance of the human rights we enjoy – and the civil responsibility we each have to uphold and exercise them. Christians (in particular) are often hesitant to stand up for their civil rights and constitutional freedoms. Perhaps they find it hard to believe that radical changes can be enforced so rapidly on a society where the vast majority still share their faith and conservative values. While they are right that civil government is a God-ordained authority, they are wrong to believe that it must therefore always be respected in the decisions it makes or supported in whatever laws it wants to pass. They understand correctly that the Church and State are separate and play different roles in society, but unfortunately fail to recognise the importance of righteous men and women being involved and engaged in public life.

Look to the Bible for guidance
The Apostle Paul understood that the only way to ensure that we enjoy good government is when good people hold it accountable by making their voices heard and exercising their rights. He was quick to stand on his civil rights as a Roman citizen to prevent being flogged (Acts 22:25) and to demand a public apology after being unjustly beaten (Acts 16:37). He successfully appealed to Caesar for justice and was sent to Rome (Acts 25:11-12), even being allocated an armed escort to save him from an attempted assassination on the way (Acts 23:23-24). Imagine what might have happened if he had taken a fatalistic view and his life had ended prematurely?

Our voices hold power
While a long-term strategy is needed to push back and reverse the rising tide of liberal and godless ideologies, the most important bulwark and defence today is simply for the (often too silent) majority to exercise our democratic rights to participate in the law-making process. In recent times, we have seen that when we pushed back against the imposition of liberal CSE content in public schools, we prevailed. When we sent in tens of thousands of submissions to prevent the teaching/preaching of Scriptures being criminalised by the Hate Crimes and Hate Speech Bill, it was given specific protection.

Stand up, speak up
Other battles no doubt lie ahead, so while we still have the opportunity, we must make sure that our voices are heard. Together, we can make a difference so that we (and our children) remain free to share and live out the Gospel – in our homes, our churches, but also in public. 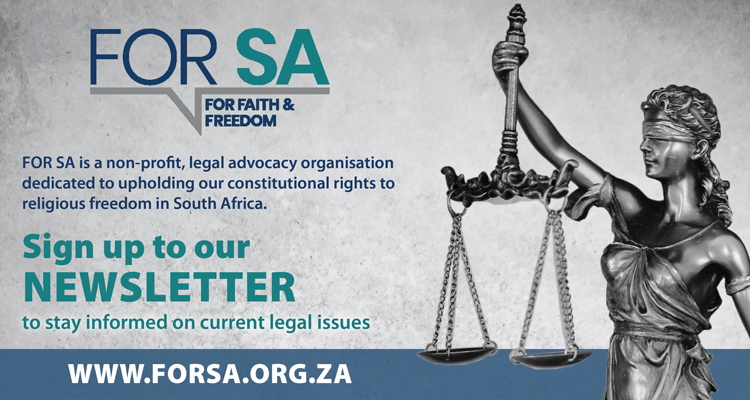