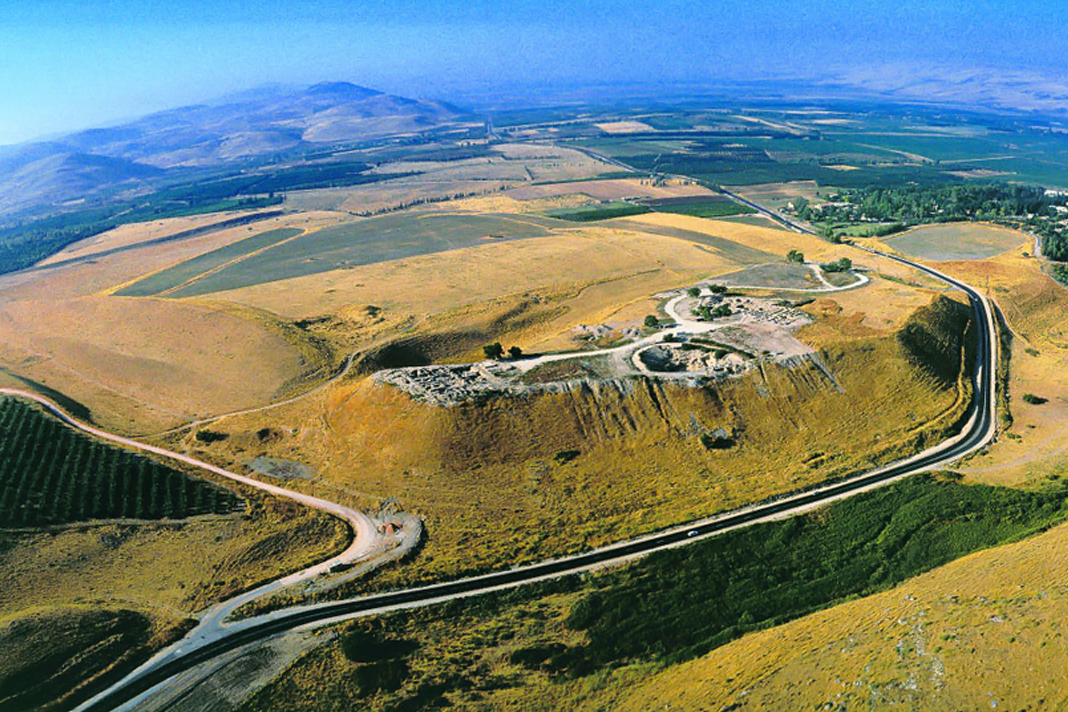 Hazor was an ancient city located in northern Israel. References to Hazor (also Chatsôr) appear in various periods of Old Testament history. It is first mentioned in the book of Joshua, under whose leadership the Israelites captured the city, burned it with fire, and killed its king (Joshua 11:10–11). By the time of Deborah and Barak, the Canaanites must have regained control of the city, because the Israelites once again defeated and killed the king of Hazor (Judges 4:24, refer 4:2). Unfortunately, many modern scholars insist that the Bible cannot be trusted in what it reports about these time periods. Yet, despite these critics, Hazor provides a wonderful illustration of how the biblical authors recorded history with remarkable accuracy.

Conquest controversy
There are good reasons to think that the authors of Joshua and Judges knew what they were talking about.

The books of Joshua and Judges contain internal testimony that they were composed soon after the events they describe.1 Joshua 6:25, for example, reports that Rahab—the woman from Jericho who assisted the Israelite spies—was still living in Israel at the time of writing. According to the Bible’s chronology, the battle of Jericho took place about 1400 BC. Since Rahab was unlikely to have lived for a century thereafter, let alone more, it indicates the book of Joshua was likely penned sometime before 1300 BC.2 Samuel 5), were at that time still residing in Jerusalem (Judges 1:21). 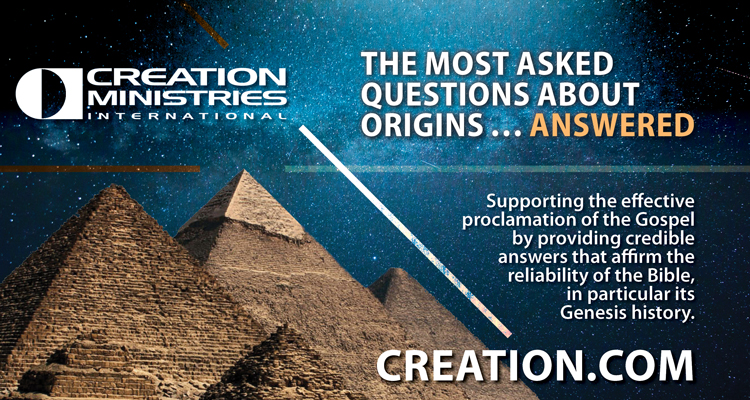 However, secular scholars do not accept the Bible’s testimony. They assert that the books of Joshua and Judges were written several centuries after the events they describe. For example, Nadav Na’aman, retired Chairperson of the Department of Jewish History at Tel Aviv University, dismisses the conquest narrative in the book of Joshua as “a fictive literary composition.” He insists, “The composition of the conquest saga is certainly no earlier than the seventh century BCE.”

Remains of Hazor, with the upper city in the centre and the lower city extending to the upper right.

Photo: Rama, Wikimedia commons, CC BY-SA 2.0 FR. letter 364, from the ruler of Ashtaroth, complaining that the ruler of Hazor has captured three of his cities

Contrary to such claims, there are good reasons to think that the authors of Joshua and Judges knew what they were talking about. In particular, the Bible writers knew that Hazor was the pre-eminent city in the Canaanite period. During Joshua’s northern campaign, the Israelites defeated a coalition of numerous kings and “all their troops, a great horde, in number like the sand that is on the seashore, with very many horses and chariots” (Joshua 11:4). The Bible says that Jabin, king of Hazor, was responsible for organizing this coalition, and then it adds, “Hazor formerly was the head of all those kingdoms” (Joshua 11:10, emphasis added).

Later, according to the book of Judges, when another Jabin (probably a royal title like ‘Pharaoh’) reigned in Hazor, he is described not merely as king of Hazor, but “king of Canaan who reigned at Hazor” (Judges 4:2, cf. 4:23–24, emphasis added). Again, the biblical testimony is that Hazor was in a strong position of authority in Canaan.

Providentially, this picture painted by the biblical authors has been strongly verified by archaeological discoveries. Several lines of evidence confirm the prominence of Canaanite Hazor.

For one thing, in the city of Amarna, Egypt, archaeologists have recovered correspondence between 18th Dynasty pharaohs (Amenhotep III, Akhenaten, Tutankhamun) and contemporary Canaanite rulers. Many agree that the history and chronologies of Ancient Egypt need to be shortened. However, if the conventional chronology of Egypt’s New Kingdom (the most recent) is correct as even many revisionists believe, these ‘Amarna Letters’ would span a 30-year period (or less) that falls within the early history of the biblical Judges, when Israel was established in the land yet still battling for control of much territory (Judges 1–2). Numerous Canaanite city rulers are mentioned in the Amarna Letters as “mayors”, but the only one to be called “king” is the ruler of Hazor. He refers to himself as king in Letter 227, and a rival ruler from Tyre describes him using that title as well in Letter 148. Israeli army general and archaeologist Yigael Yadin, who led several excavation seasons at Hazor from 1955–1969, wrote, “This indicates no doubt that the King of Hazor’s rule embraced more than the city itself.”

Further support comes from Amarna Letter 364, which contains a complaint from the ruler of Ashtaroth that the ruler of Hazor had captured three of his cities. Based on this and other records, scholars maintain that, in what they designate as the Late Bronze Age, “Hazor probably controlled the northern Jordan Valley, the Upper Galilee, part of the eastern Lower Galilee and the western part of the Golan Heights.”

Downsizing of a massive metropolis
Second, excavations at Hazor have revealed that it underwent a dramatic shift in size as it changed hands from Canaanite to Israelite control. In the Late Bronze Age, when the Canaanites occupied Hazor, it was the largest city in Canaan. Archaeologists have uncovered huge public buildings in the upper acropolis, including a great ceremonial palace. Amnon Ben-Tor, director of excavations at Hazor since 1990, describes the palace as “impressive … both in terms of its splendor and magnificence and in terms of the wealth and variety of finds uncovered there.”11 Furthermore, while the upper city alone amounted to about 30 acres, the lower part of the city extending to the north was enormous, encompassing an additional 170 acres!

In the Iron Age, by contrast, once the Israelites had conquered, destroyed, and permanently settled in Hazor, they did not rebuild the lower city. Throughout Israel’s history, only the upper city was occupied, while the lower and much larger part lay abandoned. Though still important for its strategic location, Israelite Hazor was greatly reduced in size and relative influence. Ben-Tor says, “with the abandonment of the Lower City, Hazor diminished in area and its population dwindled to about a tenth of its former size. This was no longer the capital of a kingdom …”.12 Such discoveries are precisely in accord with the biblical testimony. Hazor was the “head” only while the Canaanites retained control, just as the Bible writers indicated.

From excavated documents and other finds, we also know that Hazor in its heyday (from about 1700 BC to the mid-thirteenth century BC)13 traded with other kingdoms such as Syria (particularly the city of Mari) and Egypt. Clay tablets found in both Mari and Hazor discuss merchandise—even vast quantities of luxury goods—exchanged between those two cities. In fact, in the 25,000 or so documents found in the excavations at Mari, Hazor is the only Israelite city to be mentioned.

Furthermore, fragments of eighteen royal Egyptian statues have been found at Hazor. Ben-Tor suggests these were gifts from Egyptian pharaohs—another indicator of the city’s greatness. They were found broken, with signs of deliberate mutilation—most likely by the conquering Israelites who destroyed the city in an intense conflagration. Canaanite idols were deliberately damaged as well.

Conclusion
Clearly, the biblical authors were correct to emphasize Hazor’s importance in Canaanite times. But they would not likely have known this if they were making up stories centuries after the fact, when Hazor had long since declined in size and importance. The biblical authors got the facts right because they were near in time to these events, as they claimed. Hazor provides yet another confirmation that the biblical narratives are historically accurate, rooted in eyewitness testimony.