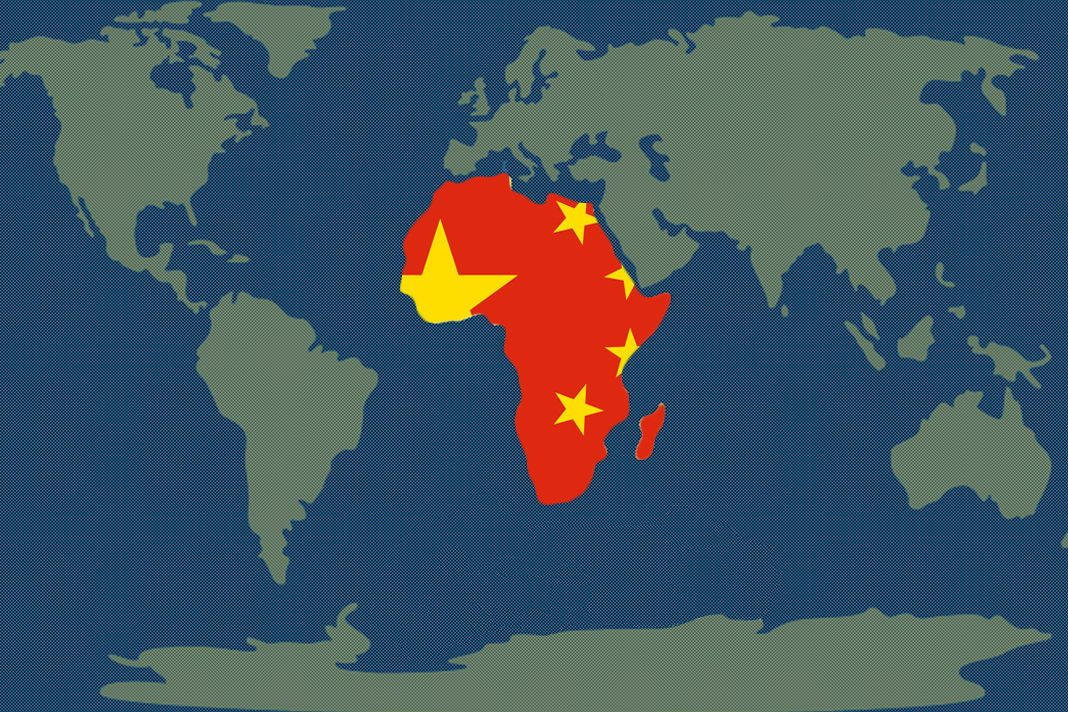 During colonial times, European powers exploited Africa for the vast resources that it possesses.  But what China is doing today is actually much worse.  Yes, the Chinese greatly desire African resources, but ultimately what they want is Africa itself.  But instead of conquering Africa using military force, China is using economics instead.  Today, more than 10,000 Chinese-owned firms are operating in Africa, and virtually every major road, bridge, railway and skyscraper is being built by the Chinese.  As a result, most African nations are very deeply indebted to China at this point.  And as you will see below, when those debts go bad that gives the Chinese a tremendous amount of leverage.

Many people believe that the endgame for China is to make a whole lot more money and to gain control over a whole lot more resources.  And China is undoubtedly pursuing those goals, but as Forbes has noted, ultimately what this is about is turning Africa “into another Chinese continent”…

These days, it is difficult to find a major construction project on the continent that is not being handled by the Chinese, and this has enabled them to put their imprint on some of the largest African cities.  For example, just check out what is happening in Nairobi, Kenya…

On the outskirts of Nairobi, Kenya, a small sign points to “Beijing Road,” where a new housing development called the Great Wall Apartments looks like the concrete towers you’d find in a Chinese city.

Next to Lagos, Nigeria, Chinese developers have built a walled-off “special economic zone”–basically a separate city, with separate rules designed to attract investors–based on a model they’ve used inside China for the last 30 years. After Shenzhen became a special economic zone in the 1980s, it went from a small town of 20,000 to, by some counts, 15 million today.

In these “special economic zones”, you will find Chinese factories staffed with Chinese managers that are supervising Chinese workers that are using Chinese equipment to make their products.

And the size of some of these projects is absolutely staggering.  Just check out what has been planned for an area along the coast of Tanzania…

Bagamoyo, if the project goes ahead as planned, will be transformed into the largest port in Africa. That is looking ever more likely: after years of delay, the Tanzanian government says it is in the final stages of talks with state-run China Merchants Holdings International.

The lagoon will be dredged, to allow access to the vast cargo ships that will queue many miles out to sea. As for the special economic zone, the original masterplan shows factories in a fenced-off industrial area, and apartment blocks to accommodate the estimated future population of 75,000. There is even talk of an international airport. Many of the villagers have already accepted compensation for the loss of their homes.

Of course Chinese development is definitely not limited to these “special economic zones”.  In Ethiopia, the capital city of the entire nation is literally becoming known as “the city that China built”…

Simply put, Addis Ababa is becoming the city that China built — but at what diplomatic and economic cost?

Are you starting to get the picture?

As the western world sleeps, the Chinese are literally taking over an entire continent.

And as they increasingly dominate the landscape economically, they are bringing their culture with them as well…

Apologists for China could point out that all of this development has pulled millions of Africans out of poverty.

And that is true.

China is now Africa’s biggest trade partner, with Sino-African trade topping $200 billion per year. According to McKinsey, over 10,000 Chinese-owned firms are currently operating throughout the African continent, and the value of Chinese business there since 2005 amounts to more than $2 trillion, with $300 billion in investment currently on the table. Africa has also eclipsed Asia as the largest market for China’s overseas construction contracts. To keep this momentum building, Beijing recently announced a $1 billion Belt and Road Africa infrastructure development fund and, in 2018, a whopping $60 billion African aid package, so expect Africa to continuing swaying to the east as economic ties with China become more numerous and robust.

Needless to say, the Chinese are not doing all of this out of the goodness of their hearts.  African governments are going very deep into debt in order to afford all of this infrastructure, and several of them are now in way over their heads…

There have already been warning signs: the $4 Addis Ababa-Djibouti Railway ended up costing Ethiopia nearly a quarter of it’s total 2016 budget, Nigeria had to renegotiate a deal with their Chinese contractor due to their failure to pay, and Kenya’s 80% Chinese-financed railway from Mombasa to Nairobi has already gone four times over budget, costing the country upwards of 6% of it’s GDP.

This is the sort of predatory lending that western powers once did so well, but now China has taken things to an entirely new level.

And once China has an African government by the throat, they can be absolutely ruthless…

There have been credible reports of talks between the Zambian government and China on handing over the country’s national electricity company, ZESCO to the Chinese due to the inability of Zambia to meet its loan repayment promises. This is expected as China is already in control of the country’s broadcasting company, ZNBC. There are also fears the main airport in Lusaka could be the next target.

Obliviously, Zambia is in trouble. And for other African beneficiaries of Chinese loans, they should prepare for the same possibility in the eventuality that they aren’t able to repay China.

Basically, Zambia is in the process of becoming totally owned by China.

And this is going to happen in country after country until someone stops them.

But who is going to stop them?

After all, the U.S. is about a trillion dollars in debt to the Chinese at this point.

When it comes to foreign policy, China is playing chess while most of the western powers are playing checkers.

They are literally running circles around us, and we are so clueless that we don’t even understand what is happening.