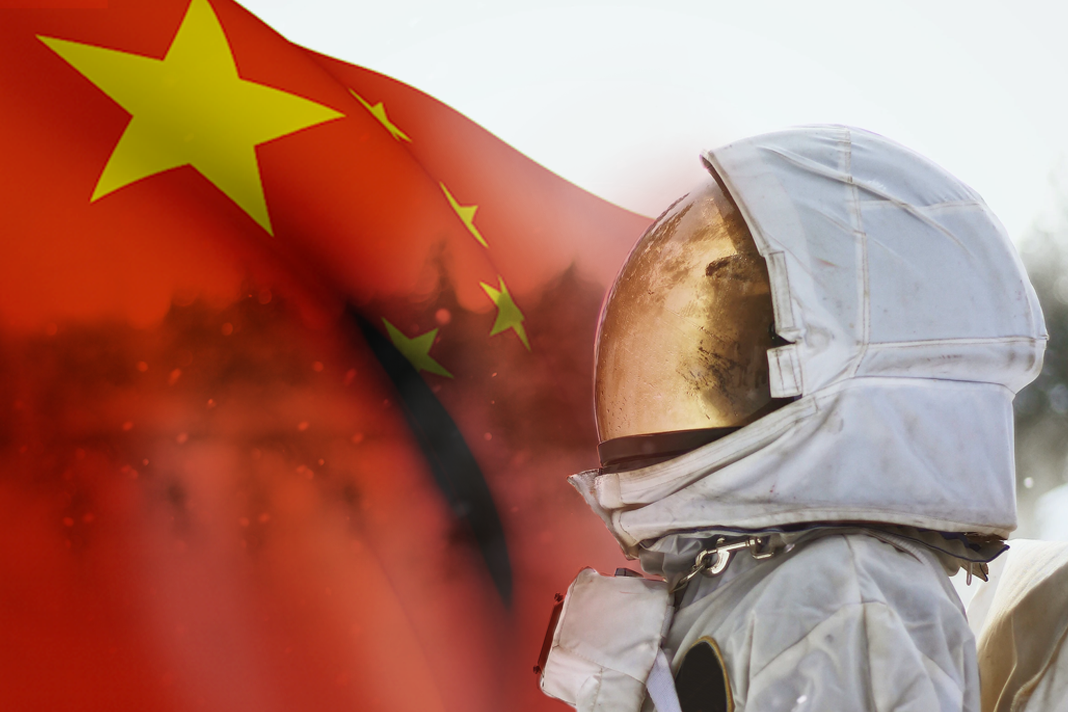 Shortly after becoming president in March 2013, Xi Jinping made his ambitions for China’s space power clear. “Developing the space program and turning the country into a space power is the space dream that we have continuously pursued”, he said. “The space dream is part of the dream to make China stronger”.

China aims to become the world’s leading space power by 2045: “China will become an all-round world-leading country in space equipment and technology. By then, it will be able to carry out man-computer coordinated space exploration on a large scale,” wrote China Daily in 2017.

One cornerstone of China’s space program is the Beidou Navigation Satellite system (BDS), a global navigation satellite system that provides positioning, navigation and timing, in addition to data communication. The People’s Liberation Army created the program in order not to be dependent on the US-controlled GPS network.

“In recent years, the PRC has actively sought to promote the image of Beidou as a civilian-led program intended primarily for commercial and scientific purposes,” stated a report by the Jamestown Foundation. “However, the program is under overall military direction, with the PLA in charge of Beidou’s senior-most program management organizations,”

Beidou is also known as China’s “Space Silk Road”, which expands China’s land-based “Silk Road Economic Belt” and sea-based “21st Century Maritime Silk Road” — better known collectively as the Belt and Road Initiative (BRI) — into space. Beidou makes participants in the Belt and Road Initiative dependent on China for precision navigation and other space based services. According to a report by Malcolm Davis from the Australian Strategic Policy Institute in 2017:

“A China Real Time Report in the Wall Street Journal refers to Beidou as the ‘digital glue’ for the roads, railways, ports and industrial parks that China builds to extend its presence and influence.

“Chinese provision of satellite communications, weather monitoring and earth observation add to this vision for a Space Silk Road that overarches and underpins the Belt and Road Initiative. By signing up to the BRI ‘Space Information Corridor’, the BRI states would become dependent on Chinese-provided space services. That would give Beijing greater power to influence the policy choices of those states, because it would control the vital space capabilities that sustain their economic growth”.

The US-China Economic and Security Review Commission wrote in its 2019 Annual Report to Congress:

“Beijing has specific plans not merely to explore space, but to industrially dominate the space…. Beijing uses its space program to advance its terrestrial geopolitical objectives, including cultivating customers for the Belt and Road Initiative (BRI)… China’s promotion of… the Beidou global navigation system under its ‘Space Silk Road’ is deepening participants’ reliance on China for space-based services,”

China’s “Space Silk Road”, however, forms just one, albeit crucial, part of its ambitious space goals. According to the report:

“China is taking steps to establish a commanding position in the commercial launch and satellite sectors relying in part on aggressive state-backed financing that foreign market-driven companies cannot match. China has already succeeded in undercutting some U.S. and other foreign launch and satellite providers in the international market, threatening to hollow out these countries’ space industrial bases… The aggressive pursuit of foreign technology and talent…continues to be central to this strategy and to China’s space development goals in general.”

“The next steps in China’s manned space programs will be manned exploration of the moon,” wrote the CCP’s China Daily in 2019.

“We will set up bases on the moon to conduct scientific operations, expand a habitable place for mankind and gain experience and expertise for deep-space expeditions beyond the moon. The long-term goal is to send humans to Mars.”

In March, China signed an agreement with Russia to work together to build a research station on the moon which will carry out research on exploration and, crucially, utilization of the moon. Already in 2013, China launched its first lunar rover to explore the surface of the moon, hoping, among other things, to discover rare earth minerals, which are reportedly abundant on the moon.

In December, China’s Chang’e 5 lunar probe mission landed on the moon and brought back geological samples to China, which became just the third country to do so after the US and Russia.

China’s first unmanned Mars mission — the Tianwen 1 spacecraft — entered its orbit around the planet in February and is reportedly due to land on Mars in May. In addition, China also plans to build a space-based solar power station by 2035.

In terms of US national security, China’s space capabilities have been defined as one of the most significant future threats. “Chinese and Russian space activities present serious and growing threats to U.S. national security interests,” wrote Defense Secretary Lloyd J. Austin III in written testimony prior to his confirmation hearing.

“Chinese and Russian military doctrines also indicate that they view space as critical to modern warfare and consider the use of counterspace capabilities as both a means of reducing U.S. military effectiveness and for winning future wars.”

“The PRC continues to strengthen its military space capabilities, despite its public stance against the weaponization of space. The PLA continues to invest in improving its capabilities in spacebased intelligence, surveillance, and reconnaissance (ISR), satellite communication, satellite navigation, and meteorology, as well as human spaceflight and robotic space exploration…the PRC is developing electronic warfare capabilities such as satellite jammers; offensive cyber capabilities; and directed-energy weapons.

The Pentagon report showed that China has already moved ahead of the US in several areas: shipbuilding, land-based conventional ballistic and cruise missiles and integrated air defense systems. China has the largest navy in the world, with an overall battle force of approximately 350 ships and submarines, whereas the U.S. Navy’s battle force is approximately 293 ships as of early 2020.

It has more than 1,250 ground launched ballistic missiles (GLBM) and ground-launched cruise missiles (GLCMs) with ranges between 500 and 5,500 kilometers, whereas the United States currently fields one type of conventional GLBM with a range of 70 to 300 kilometers and no GLCMs. Finally, China has one of the world’s largest forces of advanced long range surface-to-air systems.

Given the chance, China will also move ahead to use space to dominate not only the US but also the rest of the planet.