Home News Christian Students In Belarus: ‘Jesus Would Speak Out About Justice’ 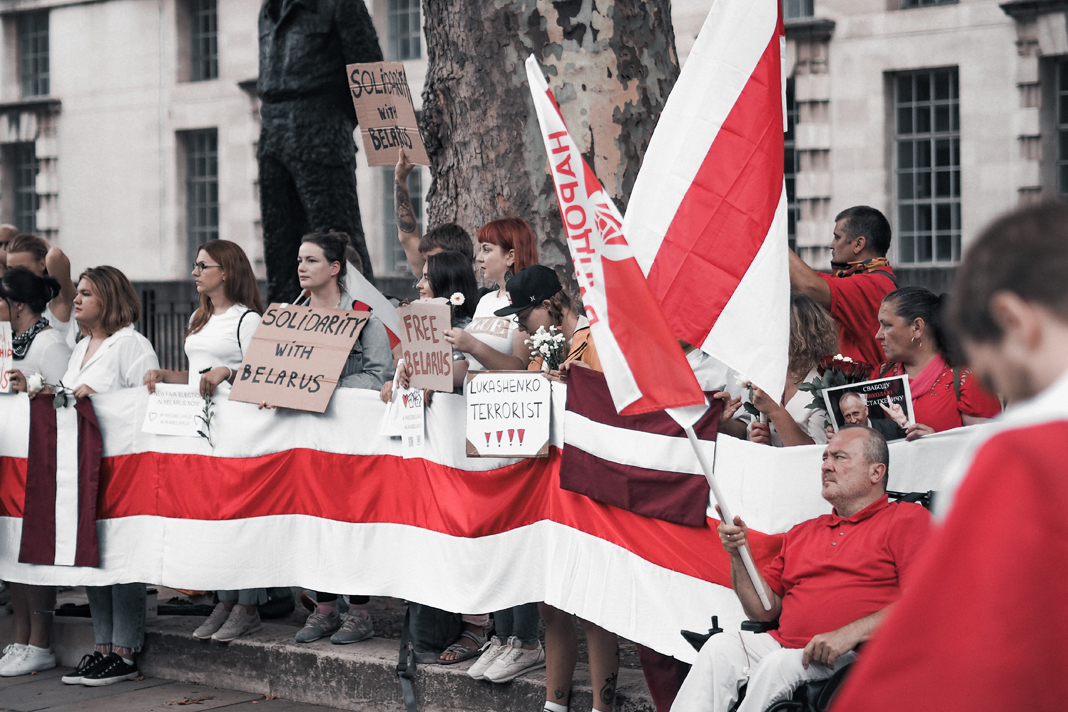 Seven weeks after the beginning of the protests in Belarus against President Lukashenko, many are exhausted but still hopeful to see human rights and democracy respected in the country soon.

The women’s marches on Saturdays and the massive protests on Sundays are preceded during the week by all kind of small acts of protest against a regime that has detained and beaten thousands.

Belarusian Christians have denounced the unjustified violence they have experienced, and called to raise international awareness and prayers for justice.

Sergei Tsvor, a university graduate serving with the International Evangelical Fellowship of Evangelical Students (IFES) in Belarus, shared with Evangelical Focus his impressions about the current situation in the Eastern European country.

Question. What is the general feeling in Belarus, now, one and a half months after the protests erupted?
Answer. We are tired now, but we cannot stop protesting, because so many people who suffered in the protests before will have lost if we end now. Our society is angry, and tired, and often not optimistic. Around 7,000 people have been arrested in these last weeks and some were beaten, raped and even killed. We are aware that if the dictator continues to be our President in one year, there will be no human rights, justice, nor other rights that are assumed as normal in other places of Europe.

Q. Have evangelical students been involved in these protests?
A. There are two kind of Christian students. Some of them say we should not engage in political issues, and not join the protests. But others, the majority, say it is good to take part in the protests, and these people are very active. Some students of evangelical faith were arrested.

Q. Are most churches active against the regime?
A. Well, not all members. There will be people in our churches who are against protests and others in favour, it is a very difficult situation. It has become usual that many churches are divided on how to react to the social situation.

Q. Have you had the chance to discuss with the evangelical students what the Bible says about this current situation you are going through? Questions that might arise such as: Is it ok to protest? Is fighting for freedom and against the  authority a Christian thing? Etc.
A. Yes, many Christians, including students are discussing about what should be the Biblical position. Unfortunately, sometimes this discussion is not too peaceful.

But I’m encouraged that as churches we are searching, thinking through this issue. We are praying for wisdom, and praying that we would be faithful to the Bible.

Q. Personally, what do you think would Jesus do in this situation?
A. I am convinced that Jesus would speak out about justice and equity. I cannot imagine Jesus remaining silent in this situation.

After election day in August, this is no longer an issue of politics, but an issue of morality. Those days, internet was down in Belarus, and only after some days we were able to see the videos of police beating people. I have friends who supported the President before, who changed their mind, because they saw that this is terrible.

So this is no longer a political situation, but a moral one.

Q. Are you in touch with IFES movements from other countries in Europe, or neighbouring countries who have been in touch with you?
A. Yes, we have very good friends in other countries, like Ukraine, for example. About every day we get a letter from some ministry or partners in other places. Sometimes we pray together. I tell them about our situation, our needs, our students who were beaten or arrested.

Q. How should Christian ministries invest and train students now so that they can make a different in the future Belarus?
A. I really can see how our society is growing these days. A year ago I wouldn’t have imagined a situation like this, that our society would be strongly united. I see this as well among the Christian students. We have new questions for our mind, our theology, for our vision and worldview. We think about this, we pray about it. We have become stronger, we have grown in responsibility.

In this last month, new leaders have grown in our society, who were not influential before, and something similar is happening among Christian students as well.

That doesn’t mean that there are protests among the majority of universities. Often they are not many who stand up, and at times these leaders are Christians.

As I said before, unfortunately there are Christian students who are not active, because of their own theology, arguing that their goal is not changeing the president, but to pray only.

There are some shadows, but I see the good side. We are seeing new leaders who are very brave.

Q. How can Christians elsewhere pray for Belarus?
A. Pray for safety, for justice. It is my biggest pain that so many people were hurt. My brother and two of my cousins were beaten and arrested. And so many of my friends, over a dozen. They were humiliated. I hope that the people who did this, who tortured others, will be judged.

Pray that as churches we might have a true Biblical position. And pray for unity among Christians.