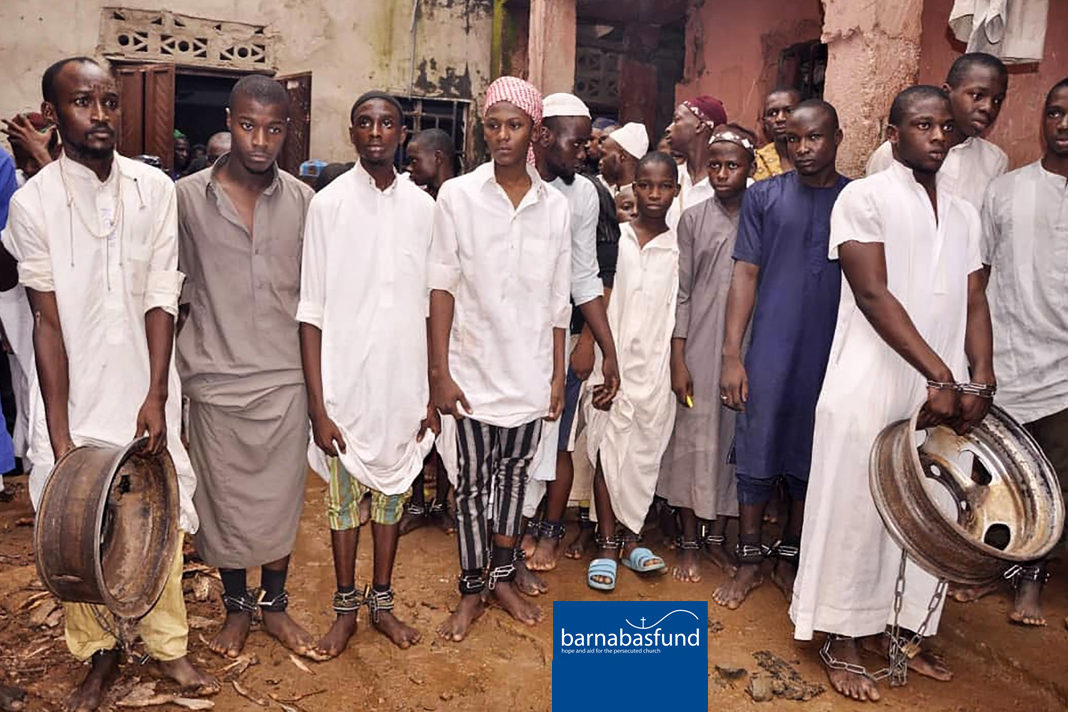 A young Christian convert was amongst around 300 severely abused boys and young men released from captivity at an Islamic boarding school by police who raided the compound in Kaduna State, northern Nigeria, on 27 September.

At least 77 boys under 18 years of age, some reportedly as young as five, were led from the compound by police. Visibly malnourished, many boys were manacled around the ankles or chained to car wheel hubs. Others bore deep scars on their bodies from canings and beatings, and described a “torture chamber” where boys were punished if they attempted to run away.

Yusuf, a young Christian convert from Islam, spoke of his ordeal as one of more than 300 severely abused boys and men rescued by police from an Islamic boarding school in northern Nigeria

Yusuf, a young Christian convert who was rescued, spoke of how he had been sent to the centre two years ago because he had converted to Christianity. “The people that brought me here told the people here that I became a Christian because I spent some years out of the country studying. They said my lifestyle has changed. I’ve become a Christian. I’ve left the Islamic way of life. That is all I understand about why I am here,” he said.

The school is one of those known in the region as “Almajiri”. The stated aim of the school is to teach the Quran and “reform” the boys, many of whom are sent there by their families for “correction”.

The owner and six teachers were arrested. They admit to chaining boys who had “attempted to run away”, but deny charges of abuse. The freed boys and young men are being housed in a camp at a stadium in Kaduna city while the police attempt to reunite them with their families.