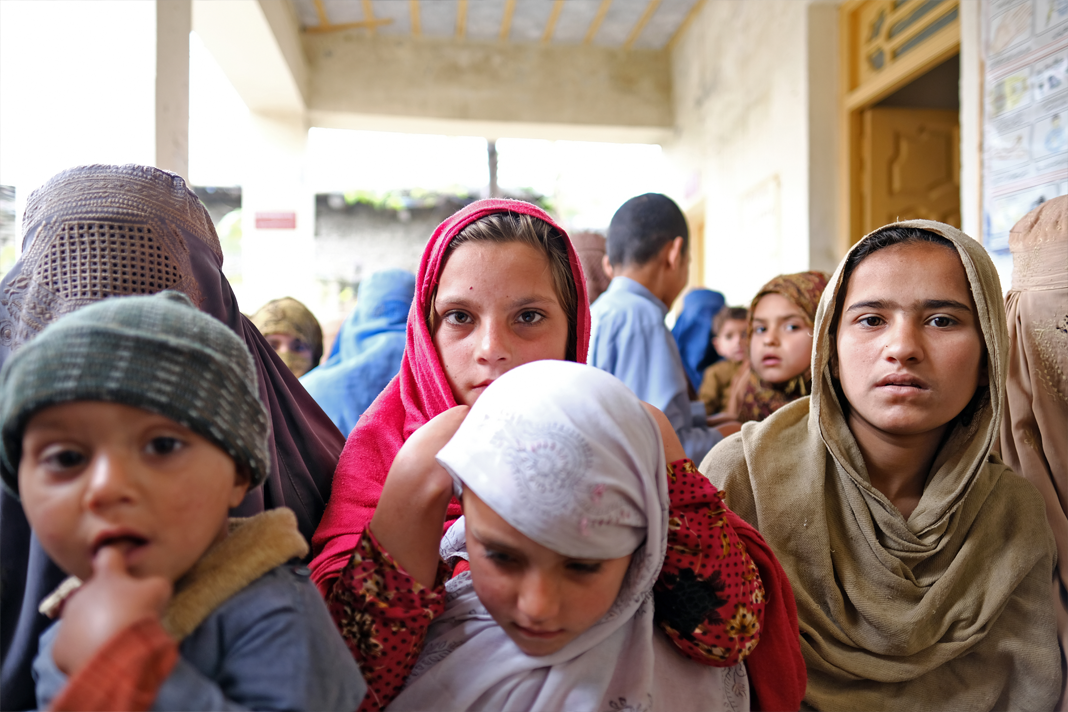 Efforts to end the abduction and forced conversion/marriage of minor Christian girls suffered a setback when the Supreme Court of Pakistan recently declined to intervene in the issue, sources said.

Supreme Court Justice Mushir Alam on Wednesday (July 14) rejected an appeal by a senior church leader for a constitutional petition to protect Christian girls from forcible conversion to Islam and marriage to Muslims.

“We had pinned our hopes on the Supreme Court for addressing this longstanding genuine grievance of the Pakistani Christians, but we are deeply disappointed and saddened by this decision,” Bishop Azad Marshall, moderator bishop of the Church of Pakistan and president of the National Council of Churches in Pakistan (NCCP), told Morning Star News. “The court has, however, stated in the order that it will take this issue up if we bring a specific case before it.”

Filed by renowned human rights lawyer Saif Ul Malook on behalf of Marshall, the petition stated that Pakistan accords a degree of permanence to the abduction and forcible conversion of Christian girls by allowing them to marry Muslims without ascertaining the pressures coming to bear on girls when they make declarations of consent before trial and high courts, nor taking into account their intellectual, emotional and social maturity.

The petition asserted that courts fail to consider whether declarations of consent are voluntary or result from threats, psychological abuse and conditioning and fear of social stigma and rebuke.

The petition also asked the court to recognize the difference between Pakistani penal laws and sharia (Islamic law), as the latter is one of the major causes behind the exploitation of Christian girls.

Marshall said the petition was filed under the Pakistani constitution’s Article 184(3), under which the Supreme Court has “original jurisdiction in matters of public importance with reference to the enforcement of any of the fundamental rights guaranteed by the Constitution of Pakistan.”

The court’s objection that the petition improperly invoked Article 184(3) by failing to address an individual grievance, Marshall said, “in our opinion, is not sustainable because the matter is not restricted to an individual case; rather, it relates to the entire Christian population in Pakistan and violation of their fundamental rights.”

Child marriages are criminal under Pakistan’s Child Marriage Restraint laws. While Pakistani law recognizes intercourse with a girl below 16 years of age with or without her consent as rape punishable by death, courts have repeatedly held that marriage of an underage Muslim girl cannot be termed invalid because Islamic law holds that a consenting girl who has reached puberty can marry.

“This principle has been repeatedly invoked by judges in the trial courts and high courts while handing over custody of Christian girls to their Muslim abductors,” Marshall said.

“Ironically, this Islamic principle is often ignored while deciding cases of minor Muslim girls, and they are returned to their families instead of their abductors/husbands!”

The senior church leader said that he and others have repeatedly reached out to Islamic scholars and government ministers to set parameters for religious conversion, but that there has been no sincere effort from the government to resolve the issue.

“The government officials are not willing to accept the fact that forced conversion and marriage of minor Christian girls is in reality a bid to cover abduction and rape of the girl child,” he told Morning Star News.

“The police and lower judiciary are facilitating child marriages and conversions. Police officials deliberately avoid adding sections related to seduction of a child, abduction and rape in FIRs [First Information Reports] while the trial courts, and even high courts, rely solely on the victim child’s statement that they are adults and have converted to Islam willingly.”

Kidnapped Christian girls commonly face threats that they or their family members will be killed if they do not testify in court that they converted and married of their own free will, rights activists and church leaders say.

Marshall said he would approach the court again with a specific case as stated in the court’s order.

“We are now filing an appeal in the Supreme Court against the Lahore High Court’s decision to send a Christian teen with her abductor,” he said. “The child, Nayab Gill, is barely 14 years old but both the trial court and the high court have rejected her official birth documents and accepted her verbal claim in court that she’s over 18 years old.”

The child’s parents earlier ignored an offer from the bishop and other Christians for legal assistance in the high court, but they have since sought their help, he said. Malook will represent the parents in court, Marshall said.

Government opposition
A parliamentary panel on minorities earlier this year forwarded key legislation to the government on curbing forced conversions of minority girls, recommending that only adults should be allowed to change religion and only after appearing before a senior district judge.

The government of Prime Minister Imran Khan, however, has strongly opposed the legislation.

The Stymie Forced Religious Conversion Bill includes recommendations for validating conversion, stating, “Any person who is not a child and able and willing to convert to another religion will apply for a conversion certificate from the additional sessions judge of the area where the person ordinarily resides.”

The bill calls for an application form that would include conversion candidates’ current religion, age, gender, national identity number, reason for conversion and details of parents, siblings, children and spouse if any.

The parliamentary committee suggested that the additional sessions judge shall set a date for an interview within seven days of receipt of the application for conversion.

“On the date provided, the person shall present himself/herself before the additional sessions judge who shall ensure that the conversion is not under any duress and not due to any deceit or fraudulent misrepresentation,” the bill states.

The additional sessions judge may, upon the conversion candidates’ request, arrange his/her meeting with religious scholars of the religion the person wishes to convert to, according to the draft.

A clause also empowers the additional sessions judge to grant 90 days to the person to undertake a comparative study of the religions and return to the office of the judge.

“Only after satisfaction, the additional sessions judge may issue the certificate of change of religion,” the draft legislation states.

Federal Minister for Religious Affairs Pir Noorul Haq Qadri, however, has categorically stated that the government is opposed to a restriction on religious conversion before the age of 18 years.

“If someone aged 14 years wishes to convert to some other religion, they could not be stopped,” the minister commented during a meeting of the Senate parliamentary committee on minorities’ rights on Wednesday (July 14), the same day the Supreme Court rejected Marshall’s appeal.

“There are several incidents where someone expresses the wish to convert their religion out of their own choice before the age of 18. There are several examples in Islam of religious conversion before 18,” Qadri was quoted as saying during the meeting.

He added that if someone wished to change their religion before reaching age 18, it was their choice, and that “a Nikah [Islamic marriage] or marriage before 18 was another discussion.”

The minister said that a proposal for setting the minimum age limit for marriage had been sent to the Council of Islamic Ideology, according to media reports.

‘Christian world uniting’
Regarding the minister’s statement, Marshall said it showed that the government was not interested in stopping abductions and rape of Christian girls.

“Whenever an attempt has been made to bring legislation for protection of the minorities, certain vested interests oppose it tooth and nail,” Marshall told Morning Star News. “

We are not opposed to religious conversions by adults, but why is it so that only underage girls from minority communities change their religion and not boys?”

Marshall said that he had reached out to church leaders across the world seeking support for the Pakistani church’s fight against forced conversions.

“I’ve received positive response from various church leaders, including Archbishop of Canterbury Justin Cantuar. The archbishop has assured his full support and will be writing letters to Pakistani officials, including Prime Minister Imran Khan, in this regard,” he said, adding that the Pakistani church will continue its struggle until the government ensures protection of its Christian citizens.

Pakistan leads the world in forced marriages, with about 1,000 Christians married against their will to Muslims from November 2019 to October 2020, according to Christian support organization Open Doors’ 2021 World Watch List report.

In terms of abductions, the report listed Pakistan as fourth with an estimated 100 kidnappings.

The U.S. State Department in December re-designated Pakistan among nine other “Countries of Particular Concern” for severe violations of religious freedom. Previously Pakistan had been added to the list on Nov. 28, 2018.

Pakistan ranked fifth on Open Doors 2021 World Watch list of the 50 countries where it is most difficult to be a Christian.