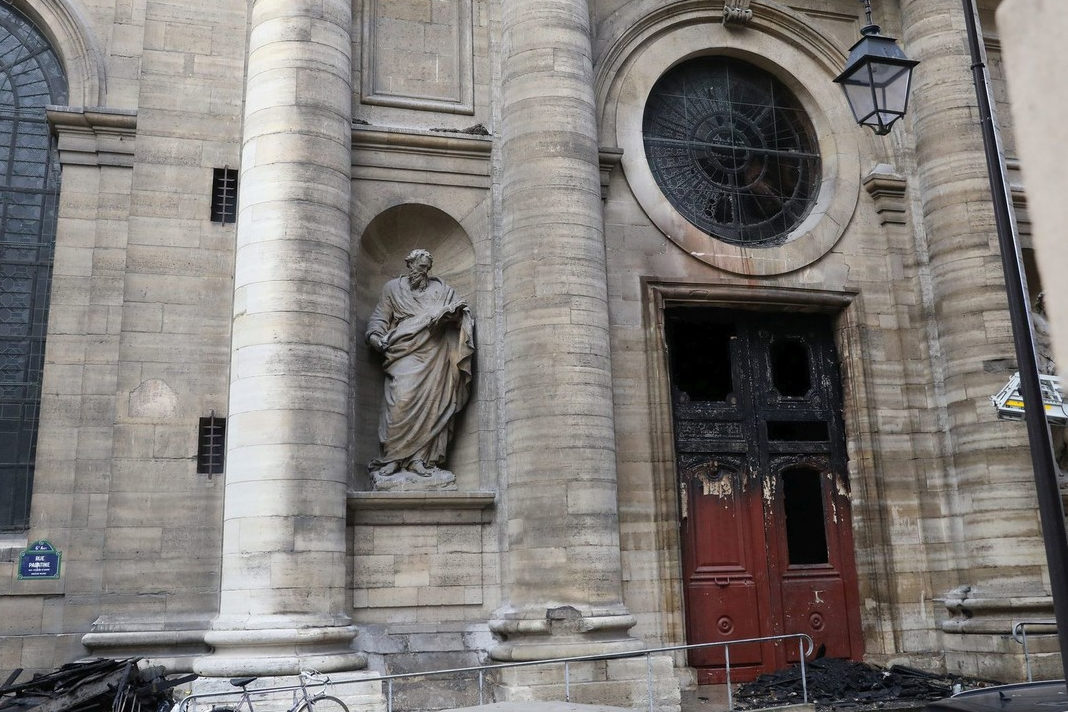 Church buildings in Europe are being vandalized, and European Christians face a growth in hateful deeds and vandalism.

Attempts of arson, destroying crucifixes or elements of communion, threatening graffiti and robberies are common. The Finish newspaper Uusi Tie investigated the motives that drive people to these actions.

Northern Ireland
Throughout the summer in Europe, a number of attacks on graveyards, church buildings and other church properties have been reported.

For example, last month, Belfast Telegraph and BBC reported on an attack on a church that took place in the city of Ballyclare, Northern Ireland.

The outside wall of the Presbyterian church had been ripped open and the wooden structure set on fire. Last Christmas, the windows were broken on this same church.

Presbyterian pastor Noel Hughes commented to the media that he does not want young people to get into trouble and into a cycle of crime, but the attacks on churches must come to an end.

All eleven police districts in Northern Ireland have registered 445 crimes committed on church buildings, graveyards and other church properties between 2016-2018.

These crimes include arson, robberies and vandalizing of properties in different ways.

In one church, the organ had been destroyed and in another church, people had urinated/defecated inside the church. These attacks have been carried out against different denominations.

The highest number of crimes in Northern Ireland have taken place in Belfast. For the last ten years, in the city of Belfast, the local synagogue and Belfast Islamic Center have also been targets of vandalism.

Church Doors On Fire, Children’s Club Inside
The British newspaper The Guardian, reported in June about the attacks on churches in UK. For example, in east London, Stratford, the doors of four churches had been set on fire.

Carved onto the walls of these churches were satanic symbols such as pentagrams, 666, or the word “Hell”. One of the churches that was set on fire had a children’s club taking place during the incident.

“We assume that the ones carrying out these deeds are angry at the church, or for some reason, target their anger at Christianity and other religions”.

The Catholic news site Cruxnow, reported in May that there have been a number of attacks in Germany. This has also happened in other European countries, such as France, Italy, Austria and Poland.

“Annihilate Christianity From The Face Of Earth”
The Observatory of Intolerance and Discrimination of Christians in Europe (OIDAC) collects data about the crimes committed against Christians and Christian churches and properties of churches in Europe.

The most serious and alarming form of disturbance is the violence committed against people. The reports of OIDAC reveal that the threats on church premises have become very common.

The latest police investigation in Germany has been about a series of robberies in Catholic churches in different locations, from mid-April to the end of May in Freiburg. There was also an arson attempt on a church in the city of Neuenburg.

A memorial meeting on the genocide of the Armenian people had to be cancelled in the cities of Stuttgart and Frankfurt, because the churches were threatened by terrorist attacks if they carried out these meetings.

In France, the growth rate of attacks on churches has been alarming for some years and it has been proven that the roots of these crimes come from Muslims.

According to the statistics of OICAD, in Spain, the attacks on Catholic buildings grew by 20% during 2017-2018. Only one attack had been carried on an evangelical church, where vandals wrote: “Annihilate Christian people from the face of earth”.

During the same time, the walls of five mosques in Spain had been vandalized.

According to the OICAD, freedom of religion in Europe is being threatened because those who confess their faith are under threats, and their sacred buildings have been either vandalized or destroyed completely.

What Drives People To Attack Churches
It seems that the motives behind the church attacks and vandalism in Europe are varied.

Sometimes these attacks are carried out by young people who are anti-social. This seems to be obvious, especially in Northern Ireland.

In July, Evangelical Focus reported that in Geneva, the Reformation Memorial had been spray painted in rainbow colours. It seems that secular and anti-Christian worldviews are driving people to commit these crimes.

“Many of the Muslims that have come to Europe during the last years, have given up Islam and have turned to Christianity. Islamic society sees this as an unpardonable sin. Hatred and a desire to take revenge might be channelled towards those people that the Muslims think have converted their friends or relatives”, says Lehtonen.

He has lived in Sweden for decades and believes that also in the Nordic countries, the church facility managers should be given basic training on security. Especially if the church is involved in mission work among the immigrants or in areas where there are large numbers of Muslims.

Lehtonen explains that “in the city of Stockholm, there are areas where the Muslim leaders monitor how the women dress. They also try to limit other religious groups activities in these areas, even though the constitution of Sweden does not give them this right”.

“Due to immigrants coming from areas of unrest in the Middle East, the acts of violence might also grow in our areas. The future in this respect looks very discouraging”, Lehtonen points out.

He also calls for the responsibility of Christian people, that “have not managed to spread the Gospel of love as widely as needed. Many Muslims don’t know that Jesus Christ is the Prince of Peace and Love”.

“If we isolate ourselves from the Muslims, their distorted picture of us might get even more distorted. Therefore, we desperately need more mission work among the Muslims in Europe”, Lehtonen concludes.