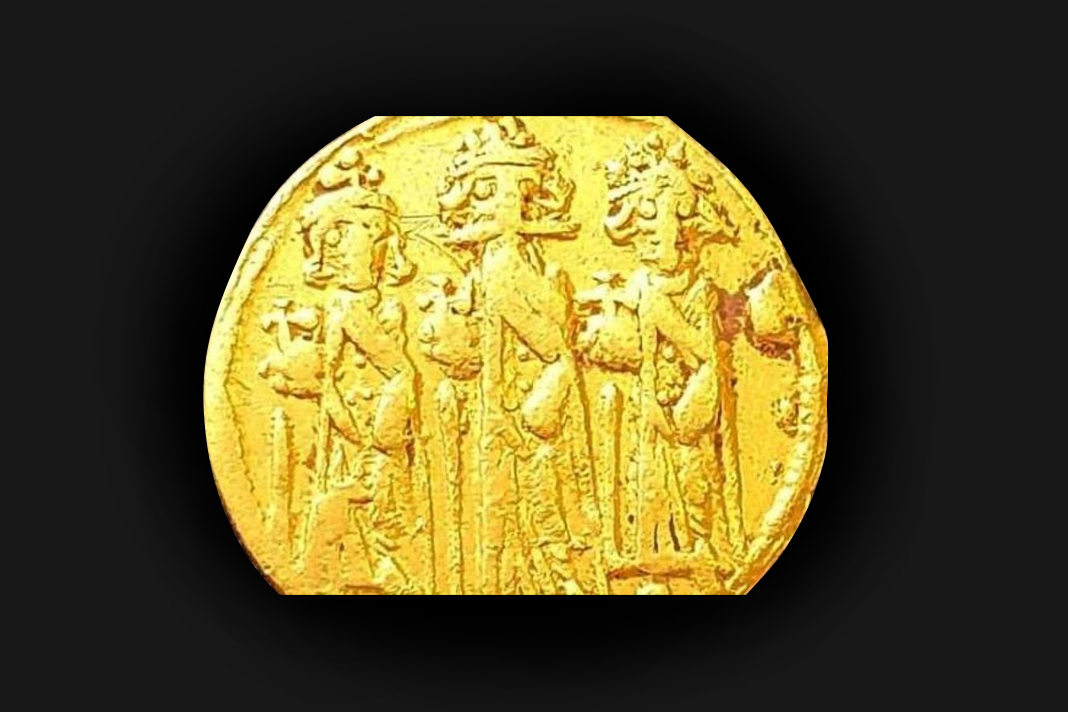 According to reports by CBN News, a rare gold coin, minted in 638 or 639 AD by Byzantine emperor Heraclius, was found along with many other artifacts in an archaeological dig site in the Ramat Ha-Sharon region, near Tel Aviv, Israel. On one side of the coin is the image of the emperor and on the other side is an image of Golgotha with the three crosses spoken of in the Bible. The coin also contains an inscription in Greek and possibly in Arabic, which is most likely the name of the owner, as it would have been a highly valuable possession. This coin furthers the understanding of the influence of Messianic faith in that day.

Other artifacts found by the Israel Antiquities Authority (IAA) at the site give insights into the day-to-day lives of those living there at the time. According to Dr. Yoav Arbel, Director of the excavation on behalf of the IAA, “The excavation unearthed evidence of agricultural-industrial activity at the site during the Byzantine period – about 1,500 years ago. Among other finds, we discovered a large winepress paved with a mosaic, as well as plastered installations and the foundations of a large structure that may have been used as a warehouse or even a farmstead.”

Arbel continues, “Inside the buildings and installations, we found many fragments of storage jars and cooking pots that were evidently used by laborers working in the fields here. We also recovered stone mortars and millstones that were used to grind wheat and barley and probably also to crush herbs and medicinal plants.” He added, “Most of the stone implements are made of basalt from the Golan Heights and Galilee.”

Archeologists also found a bronze chain that was used to suspend a chandelier with glass lamp holders. This is a rare find as these kinds of chandeliers would not normally be found outside of a church at that time.

Dr. Arbel says, “In this period people were not only working at the site but also living there, because we discovered the remains of houses and two large baking ovens.”

Archeologists also found evidence of the Muslim conquest in the 7th century, in the form of a glass-making workshop and a warehouse containing four huge jars which were probably used to store grain.

The archeological site is stirring excitement among the locals as well as the mayor of Ramat Ha-Sharon is “thrilled” with the finds and plans to preserve the site and incorporate it in the construction of a new neighborhood on the outskirts of Tel Aviv.