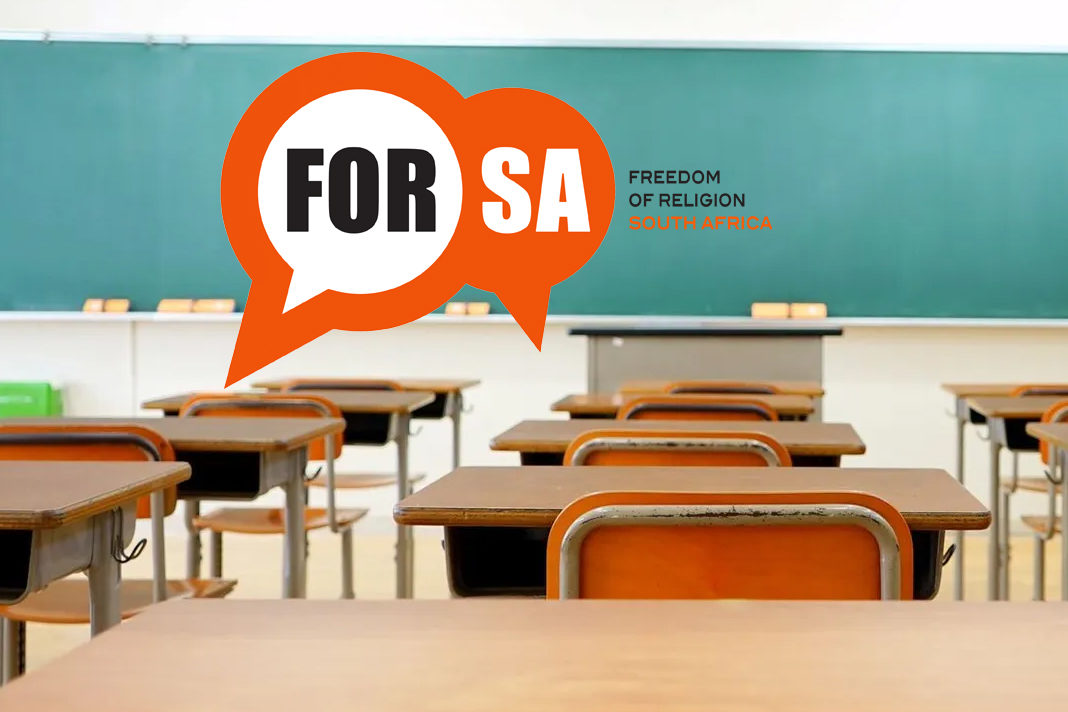 The meeting on Thursday, 23rd January 2020 between traditional and religious leaders from across the faith spectrum and the Department of Basic Education (DBE) at the Fire & Ice Hotel, Pretoria was disappointing at best. Instead of a meaningful consultation, it provided a forum for bashing the religious community as out of touch, obstructive and discredited. Far from encouraging a healthy dialogue to share perspectives and to seek “middle ground” in the highly contentious area of Comprehensive Sexuality Education (CSE), the meeting opened with a condescending speech from Dr Granville Whittle (DBE Deputy Director General), who accused the faith leaders of spreading “fake news”, homophobia and failing to read the curriculum content. Apart from these statements being untrue and unconstructive, this was evidently simply an information and “get-on-board-or-else” session. The DBE and UNESCO also invited a large contingent of youth and non-profit activist organisations, who were very vocal in their support of the DBE’s value-laden CSE curriculum and critical of the religious community. This is despite the fact that the DBE’s invitation specified that the meeting would be with religious and traditional leaders only, with many religious leaders who had requested to attend the meeting being told that they could not be accommodated.

The DBE also made it clear that they have no intention of changing their course of action. There was no commitment to conducting a process which would lead to the amendment (or withdrawal) of the current Scripted Lesson Plans (SLPs). Equally, there was no commitment to halting the roll-out of the “pilot” version, despite the fact that there has been zero meaningful consultation with parents, school governing bodies, teachers or teacher unions. Instead, the DBE confirmed its previously stated position that the SLPs, once the “pilot” phase has been completed, will be implemented nationally and taught as a compulsory subject to all the 12 million plus learners in public schools from Grades R to 12.

Specifically, the DBE confirmed that there would be no “opt-out” permitted for parents who disagree with the SLPs and do not want it to be taught to their children. This clearly is a breach of the Department’s own White Paper policy, which confirms that parents are the primary educators of their children with the right to be consulted and to have their children educated according to their values and in what they – as parents – believe to be in the best interests of their children. Equally, appeals by Islamic scholars to be allowed to present content (which has been proven to produce the same outcomes as specified in the CAPS curriculum) was firmly rejected. The only alternative offered by the DBE was for parents to withdraw their children from the public school system and to educate them privately – either in private schools or in a home schooling context – at their own expense.

While there is a clear recognition and acknowledgement that there are serious problems of teenage pregnancy, HIV infections and other forms of sexual abuse, the DBE’s uncompromising approach and “one size fits all” solution remain highly contentious. Unlike mathematics and other subjects, it is impossible to teach on sex and sexuality without infusing the content with values. The DBE’s approach and position clearly place it on a collision course with many South African parents who view this as a dangerous form of State indoctrination. With little or no room left for dialogue or compromise, it would seem that civil protest may be the only recourse left open to express objection, the blame for which falls squarely on the DBE. 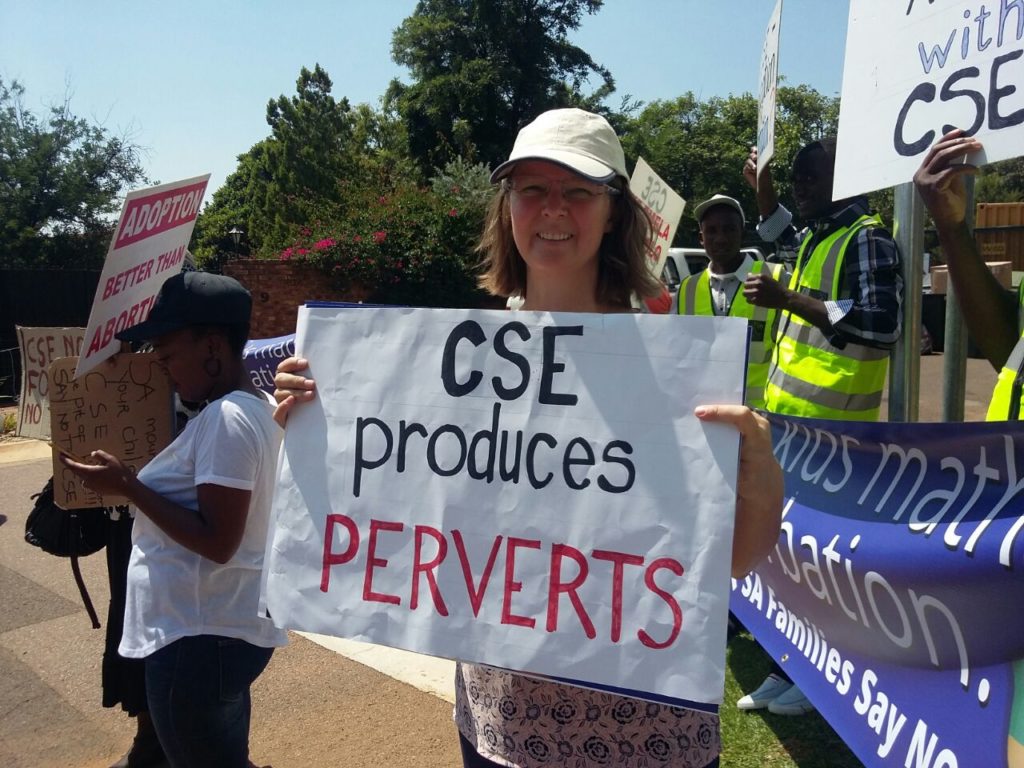 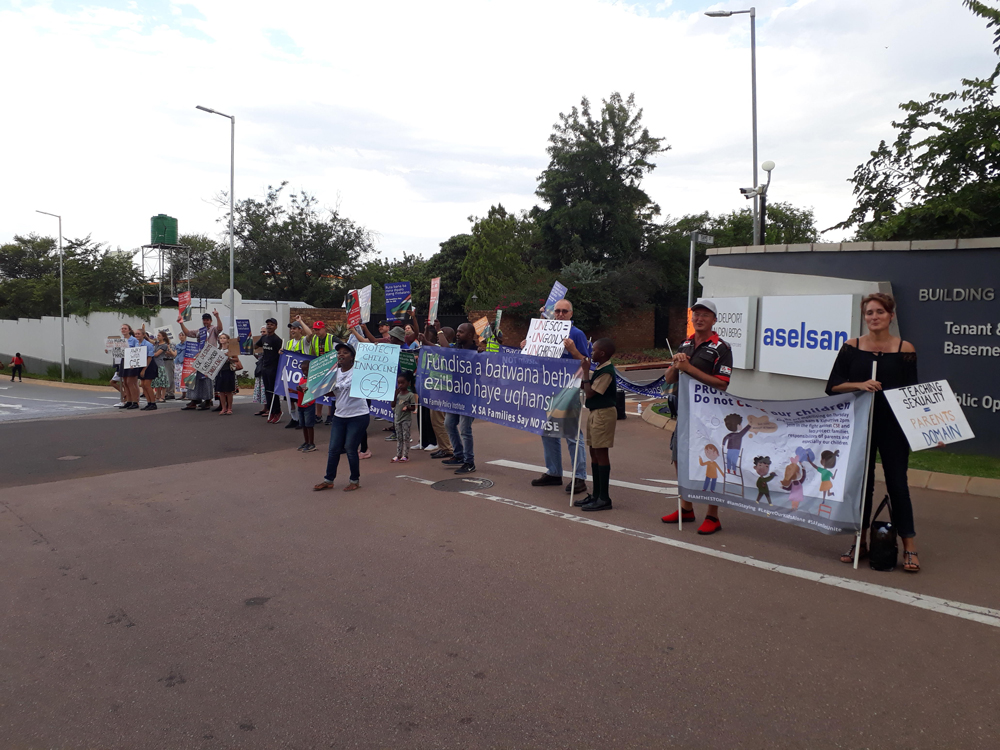 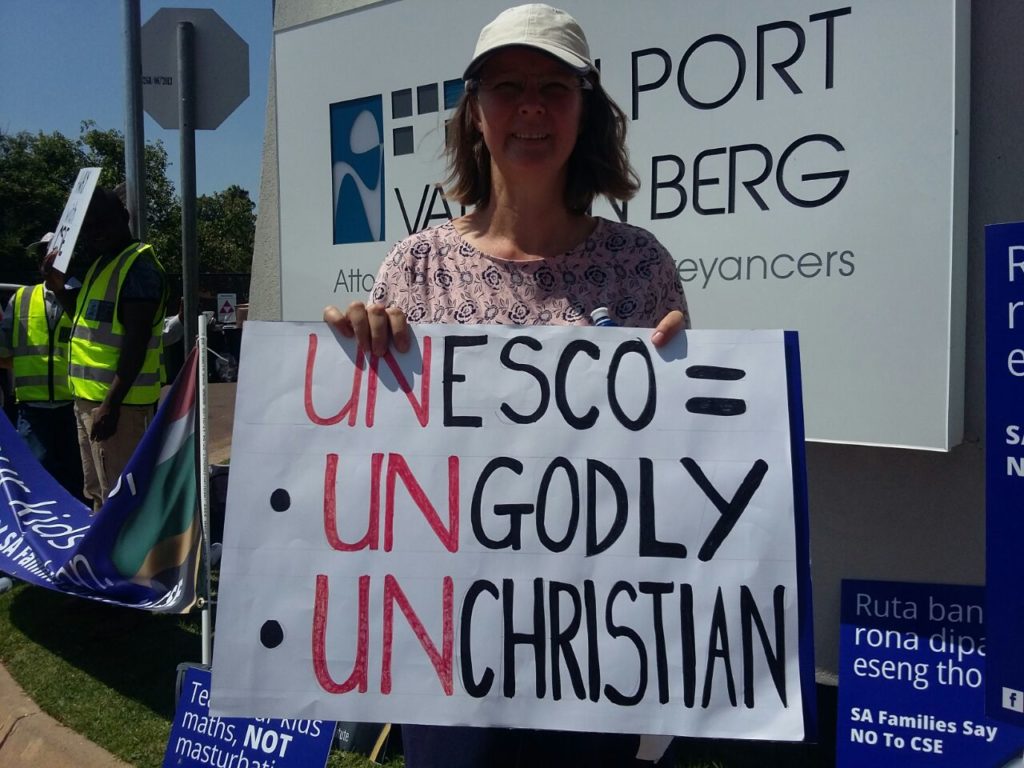 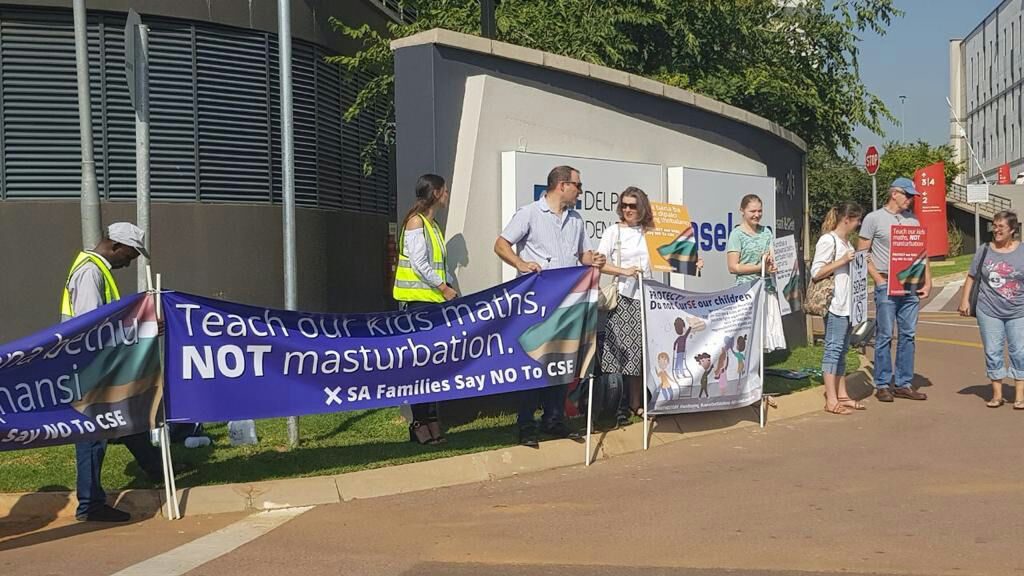 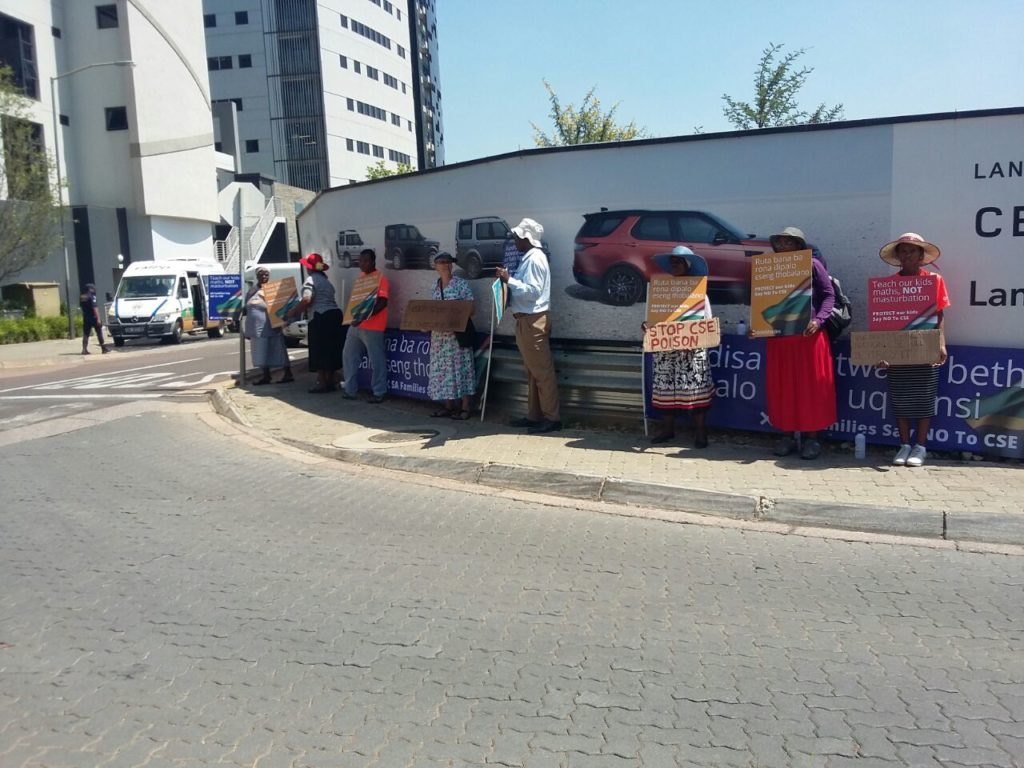 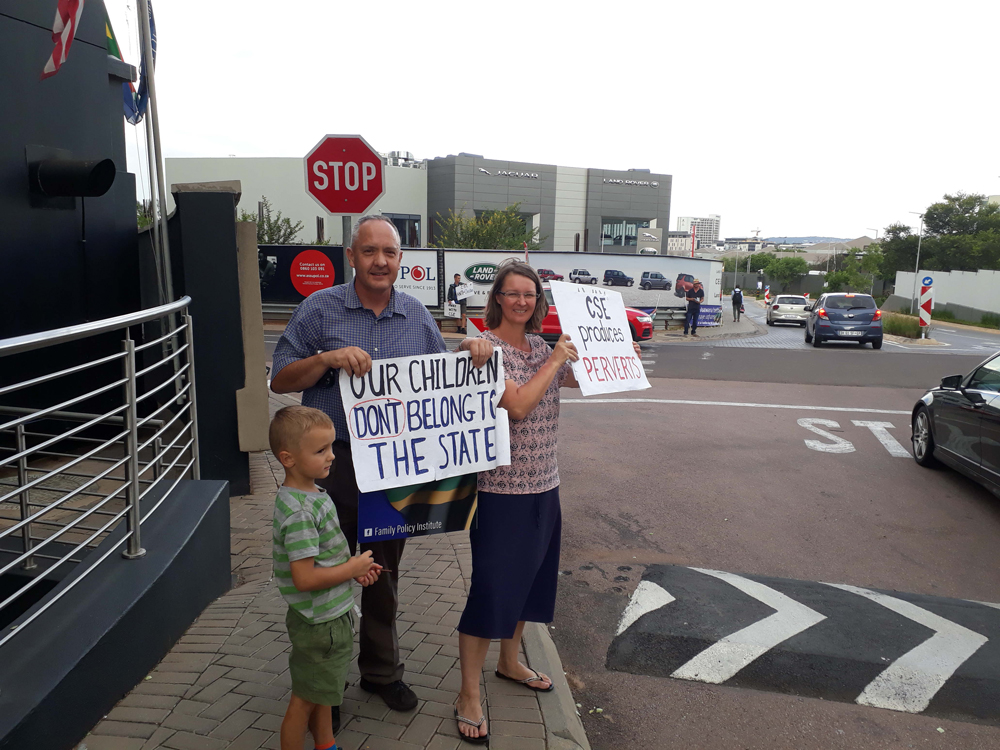 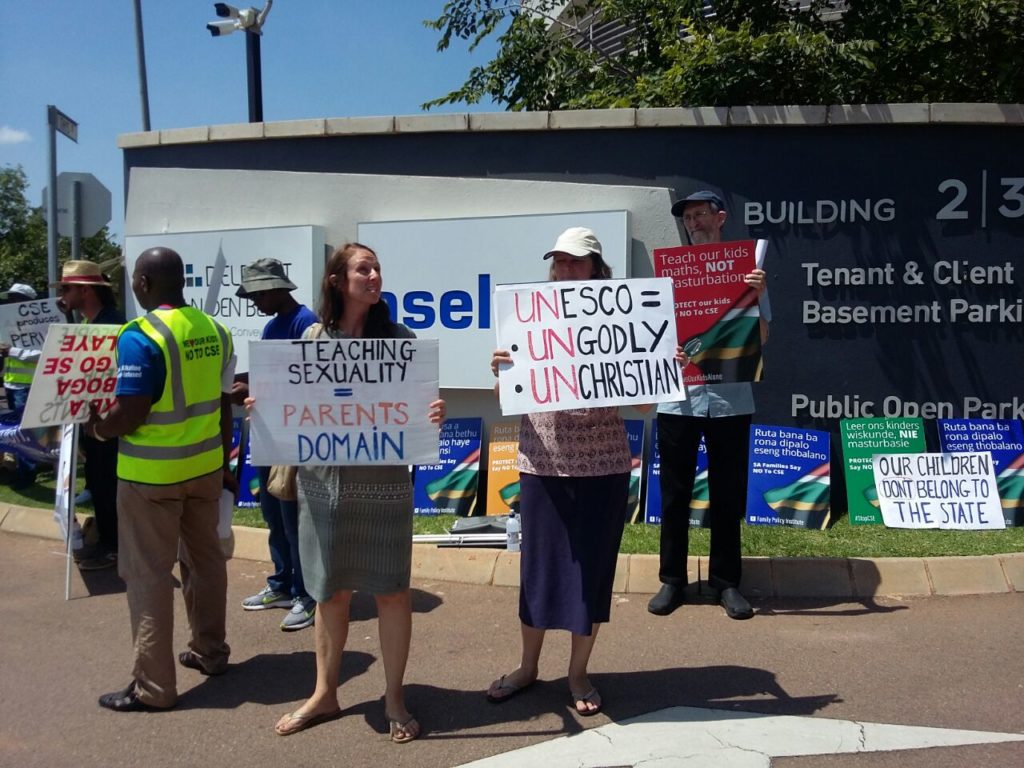 Protestors at the meeting, photos supplied by Gregory Pereira