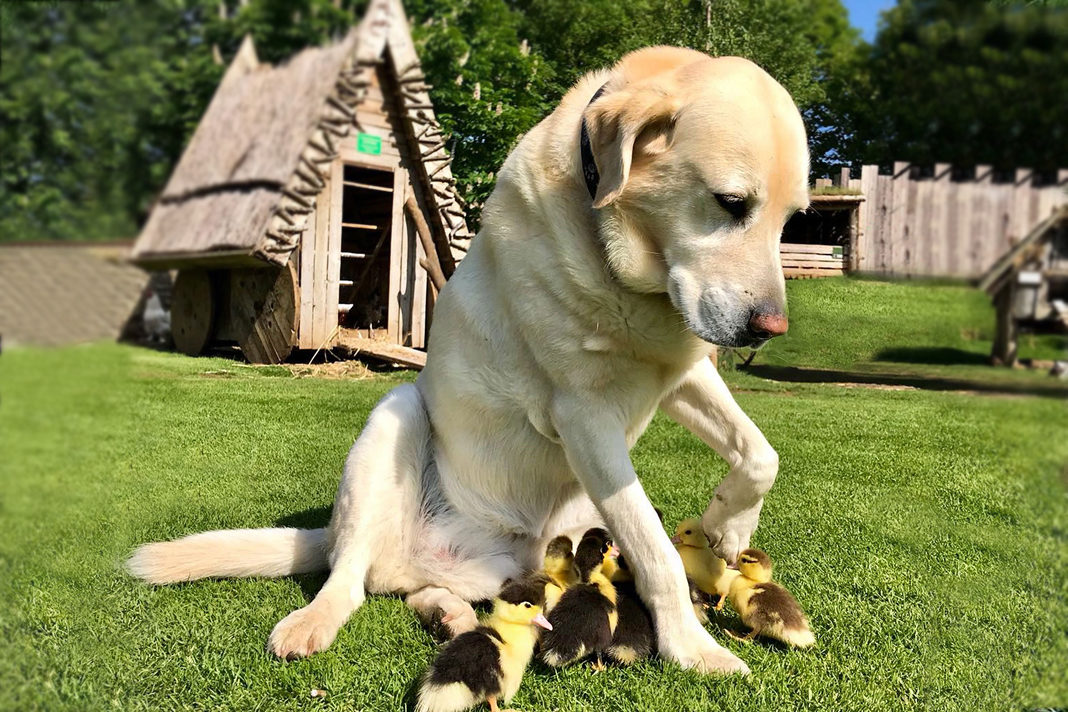 A loving Labrador who hit headlines last year after adopting nine ducklings is now back touching hearts across the nation with six new fledglings to look after.

Fred is an 11-year-old pooch who shot to fame for all the right reasons last year, when he looked after nine baby orphaned ducklings after their mother vanished.

Since then, they’ve all flown the nest – but now he’s back at it, having found another group of doting ducklings to fuss over.

Fred is the resident pet at Mountfitchet Castle near Stansted, Essex, where staff enjoy seeing him in action as a bit of a father figure to the birds.

Formerly an Iron Age hill fort, the structure is Norman Motte and Bailey castle, and is built of wood.

The historic site was also a Roman signals fort and later a Saxon and Viking settlement before being attacked in 1066 by William the Conqueror. Fred and the LADs at Mountfitchet Castle. Credit: SWNS 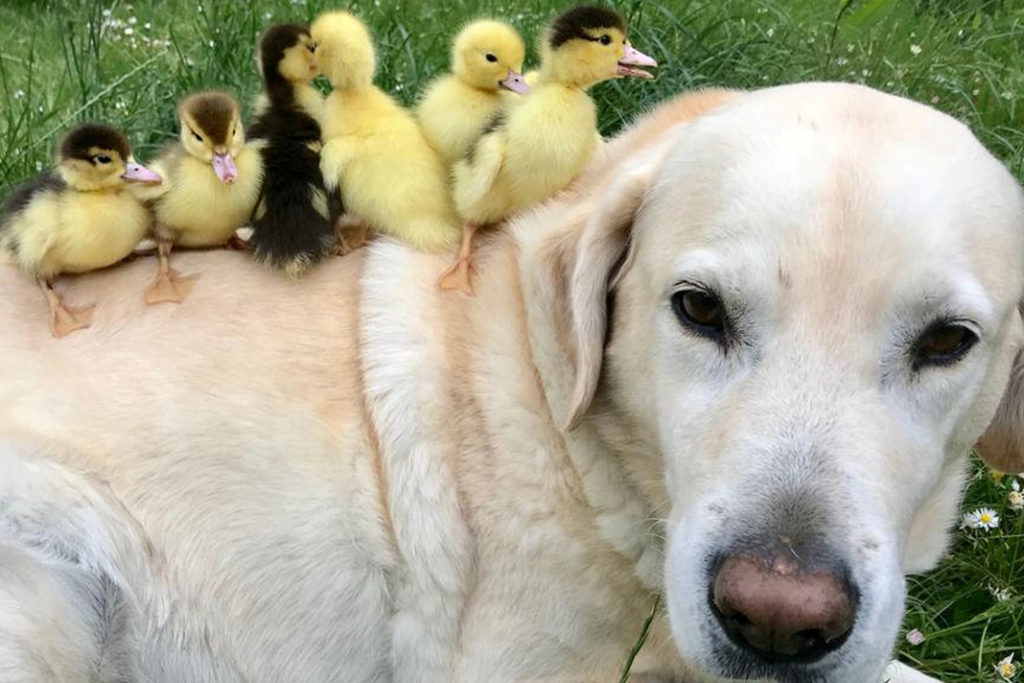 Jeremy Goldsmith, director of Mountfitchet Castle, said: “He took to his role like a duck to water.

“Fred has got an absolutely wonderful nature. They absolutely love him.”

The gang of ducklings had been left behind by their mother, a Muscovy duck, after she wandered off with six of their siblings.

However, it didn’t take long for Fred to step in with some TLC. Once he was shown the orphans, the devoted dog instantly lay down around them to keep them warm – and it wasn’t long before the birds clambered onto his back, with one playfully perching on his head.

Goldsmith added: “Fred indicated straight away that there would be no ducking out of his duties as he settled in around them.

“Within minutes the ducklings accepted their odd looking new mum and were climbing all over him.” 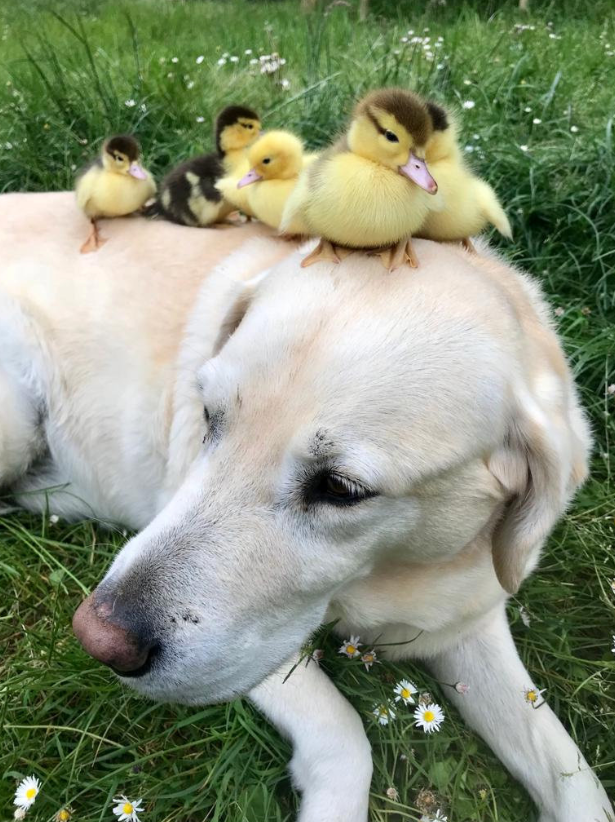 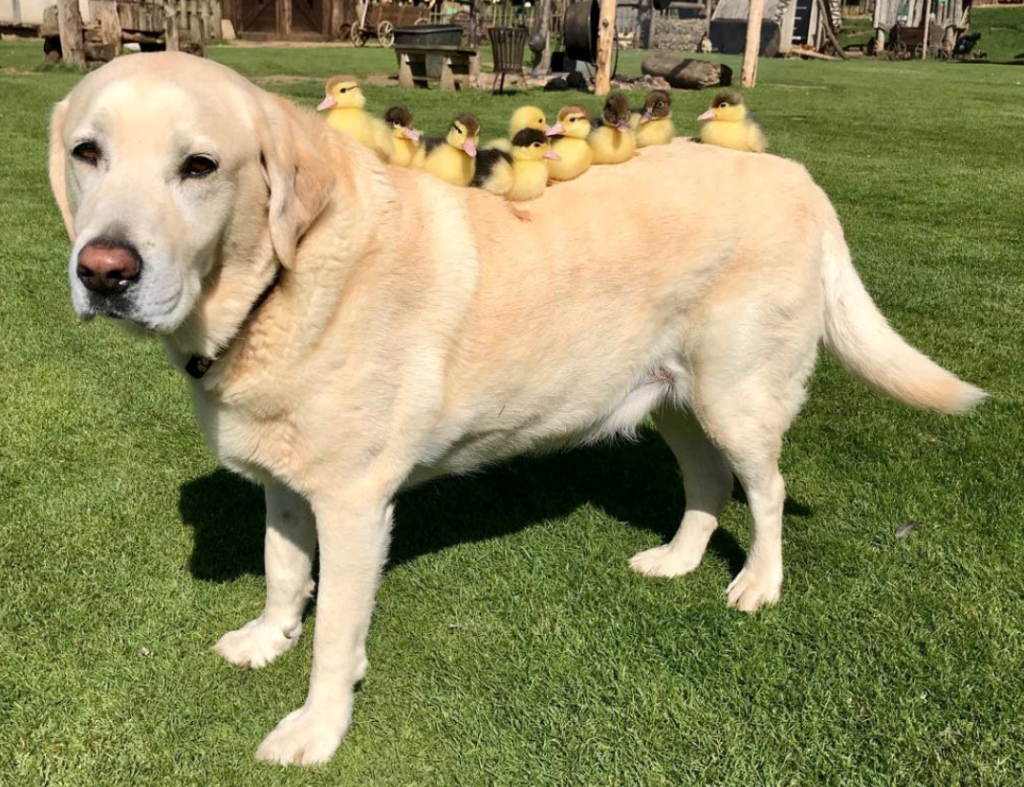 Fred the dog and his new pals. Credit: SWNS

Mountfitchet Castle shared the incredible footage of Fred being a duck-dad on Instagram, writing: “Fred, the famous Labrador dog is not ducking out of his duties as he again steps in to foster seven day-old ducklings.

“The mother, a Muscovy duck, had fourteen babies but for some reason left half of them behind in the nest when she wandered off to the nearest pond with the other half of the ducklings dutifully following along behind her.

The post added: “Within minutes the ducklings accepted their odd looking new mum and were climbing all over him.”