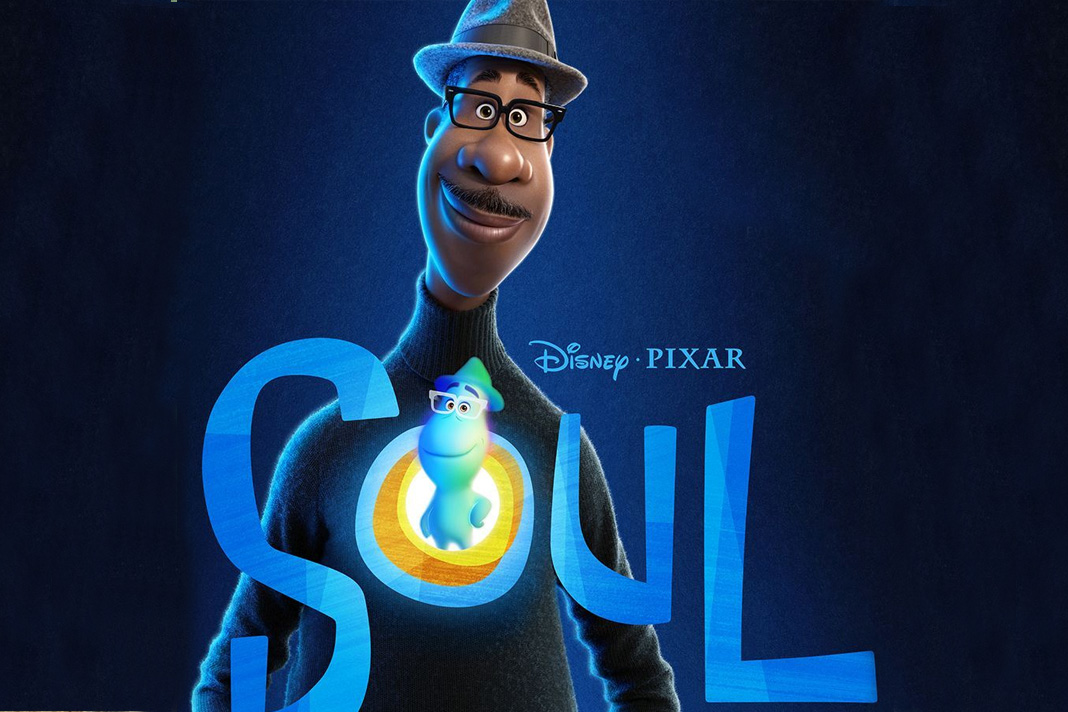 Woody and Buzz. Marlin and Dory. Mike and Sully.

Though Pixar Animation Studios has only been making feature films for 25 years, these polar-opposite animated buddies are household names worldwide.

In their most ambitious project to date, Pixar’s Soul presents another odd-couple pairing.

An African American music teacher and a stubborn, energetic “pre-born soul” journey together to discover purpose and the meaning of life.

Guided by director Pete Docter, known for his Christian faith, the film welcomes viewers to consider what happens after life.

Thank heaven, it’s not a sequel and has only light content concerns common to PG films.

Unlike other Pixar films, Soul also isn’t mostly a comedy. This artful, reflective film might actually bore many viewers under age 8.

“We hoped that we would incite some good conversations,” Docter said recently to faith-based journalists. “Make people go: ‘OK, we’ve got to go get some coffee and talk about this.’ Or, now I guess, sit on Zoom and talk about it.”

Music Teacher Bares His Soul
Released Christmas Day on Disney Plus, Soul has a far-out premise.

Living in Queens, middle-aged musician Joe Gardner (Jamie Foxx) once had lofty dreams of playing with NYC’s hottest jazz acts in happenin’ clubs every night. Instead, he’s getting worn down as he teaches middle-school students who mostly can’t carry a tune and don’t care.

After an accident leaves him unconscious, Joe finds himself one step away from the hereafter. But he bails from an ethereal up escalator. Then he finds himself thrust into a reality where souls are first formed called The Great Before.

Half the story unfolds within this beautifully realized visual metaphor space. The rest occurs as Joe navigates his New York City neighborhood with a disembodied being named 22 (Tina Fey). This buddy comedy takes several surprising turns in both realms. 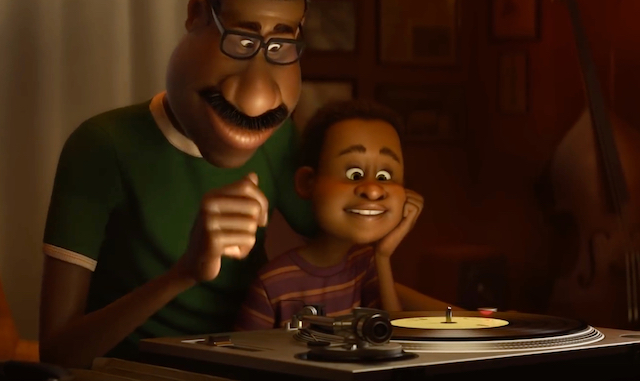 In a flashback scene in Soul, Joe learns about jazz music from his father.

The music, with original jazz compositions from top band leader Jon Batiste, does not disappoint. “We got to meet and work with Herbie Hancock and Quincy Jones, these living legends of jazz,” said Docter. “It was fascinating and mind-blowing.”

Indeed, the writer/director teamed up with African American playwright Kemp Powers to make Soul an authentic reflection of the black experience. (Some observers debate whether it avoids all common stereotypes.)

Suffice to say, Soul has sparked controversy for daring to dive headfirst into life-and-death questions.

When Worldviews Clash
Parents have long trusted Pixar to tell thoughtful, emotionally resonant stories. Docter’s last entry Inside Out, a story about feelings and the inner life, is essentially a prequel to Soul.

Following that film’s release, social media poked fun at it and past Pixar films.

WHAT IF FEELINGS HAD FEELINGS #pixar pic.twitter.com/MpS0oR3YAe

Of course, funny memes oversimplify how Pixar films have such high emotional intelligence. Their years-long story process nails down what makes even abstract characters tick.

“If you make it visual, then everybody gets it [through] action,” said Docter. “This character wants this, but another thing is in the way. Now I can understand it.”

With its focus on big ideas, Soul can work for families with kids at home. It just helps if parents know what’s going on. The film is more philosophical than theological.

In a crash course on worldviews, the director reveals how Soul rejects certain ideas. “We start with essentialism,” said Docter. “The idea that: ‘I was born to do this.’ It’s straight out of Aristotle or Plato. Then we counter with the character 22. The humor is in her nihilism, the ultimate ‘meaninglessness’ of it all.”

Soul lands on a soaring sequence that reflects aspects of hopeful existentialism. It’s congruous with a biblical worldview, as one can hear in Docter’s careful response.

“All of life is spiritual,” he said. “Everything you do contributes to who you are as a person and the overall meaning of your life.”

Cautions and Conversation Starters
During their creative process, Docter and his team spoke with many religious figures including pastors, rabbis, and shamans. Plugged In catalogs how certain scenes seem to reflect New Age or other belief systems.

It should give parents caution. Pixar’s recent flicks Onward and Coco also explored near-death experiences and the afterlife, with varying results.

Still, this film explicitly affirms people have souls, and that death could happen at any moment. It also alludes to heaven and hell as potential realities. In a postmodern age, such themes invite discussion of spiritual ideas.

Unlike past Pixar outings, Soul won’t make you feel for the personal struggles of talking fish or anthropomorphic ants. From its visuals to story structure, it defies most conventions of animated features.

Soul leaves viewers to ponder how much life is about doing versus being. The finale, which recreates scenes of everyday life with vivid colors and precision, declares that every breath is a gift.

“Working on this film [has] made me more grateful, appreciative, and desiring of practicing that,” said Docter. “That’s not a personality attribute; it’s a practice you have to exercise daily.

“It’s a great reminder of how I can be bringing my full self into everything and be more present in moments.”