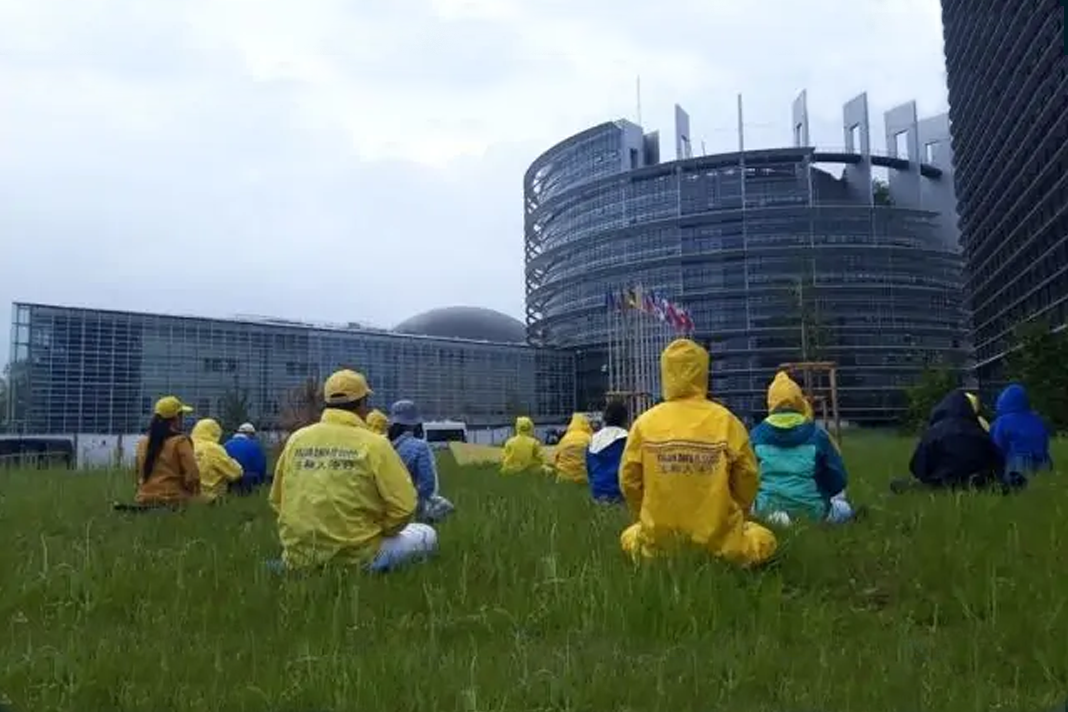 On 5 May 2022, in Strasbourg, France, the European Parliament (EP) passed an urgency resolution to condemn forced organ harvesting in China. The resolution was adopted by show of hands, so the number of voters and the rationale of votes were not officially recorded. In the meantime, Falun Gong practitioners‒who for decades have been the privileged victims of this horror, and whose fate is now sadly shared by other ethnic and religious groups‒peacefully demonstrated outside to “urge the urgency.”

Among other provisions, the EP:

This new decision builds on two previous EP urgency resolutions, one passed in December 2013 and another adopted in the form of a written declaration in September 2016.

Another image of the Falun Gong demonstration in Strasbourg.

Few horrors committed by the CCP -led regime are so blatant as forced organ harvesting, an industry created by the Communist state to both harshly repress dissidents and make easy money at the expenses of decency and Human Rights

The findings of the China Tribunal speak for all. China has not been able, despite many vicious attempts, to refuse the documents produced through the years by such leading NGOs as Doctors Against Forced Organ Harvesting (DAFOH) and the International Coalition to End Transplant Abuse in China. And the great effort of the Universal Declaration on Combating and Preventing Forced Organ Harvesting (to which Bitter Winter is proud to have been called to contribute) served as an indirect basis for the new resolution.

Indeed, two key documents‒both examined by Bitter Winter‒have been submitted to MEPs, facilitating the drafting of the EP text. The first is a special report written by a Canadian Human Rights lawyer, David Matas, a celebrity in the fight for truth and justice on organ harvesting, alongside the late David Kilgour (1941-2022) and Ethan Gutmann. The second is a new important report by World Organization to Investigate the Persecution of Falun Gong, based on a March 22 and an April 9, 2022, update of research in the field: it in fact which includes transcripts of telephone conversations with Chinese healthcare workers admitting that they still use Falun Gong practitioners in China as live organ “donors.”

The EP urgency resolution was an initiative of Belgian MEP Maria Arena, of the Socialist Party, later joined by Dutch MEP Peter van Dalen, of the Christian Union party, well-known for his great attention to forced organ harvesting.

The May 5 vote in the European Parliament follows another important event: the unopposed approval of a new British piece of legislation aimed at stopping that very same crime in China. The amendment to the UK’s new Health and Care Bill, passed on April 28, now importantly holds British residents accountable if they are involved, in any way, with organ harvesting and trafficking.

As Health Minister Edward Argar said during the debate on March 30 in Westmister, “[t]he amendment would encompass paying for the supply of an organ, seeking to find someone willing to supply an organ for payment or initiating or negotiating any commercial arrangement for an organ to be supplied. Such things are already illegal, and we are extending the territoriality of that for English, Welsh and Scottish residents.” Even UK companies risk legal action if they are found to have links with harvested organ trafficking in Communist China.