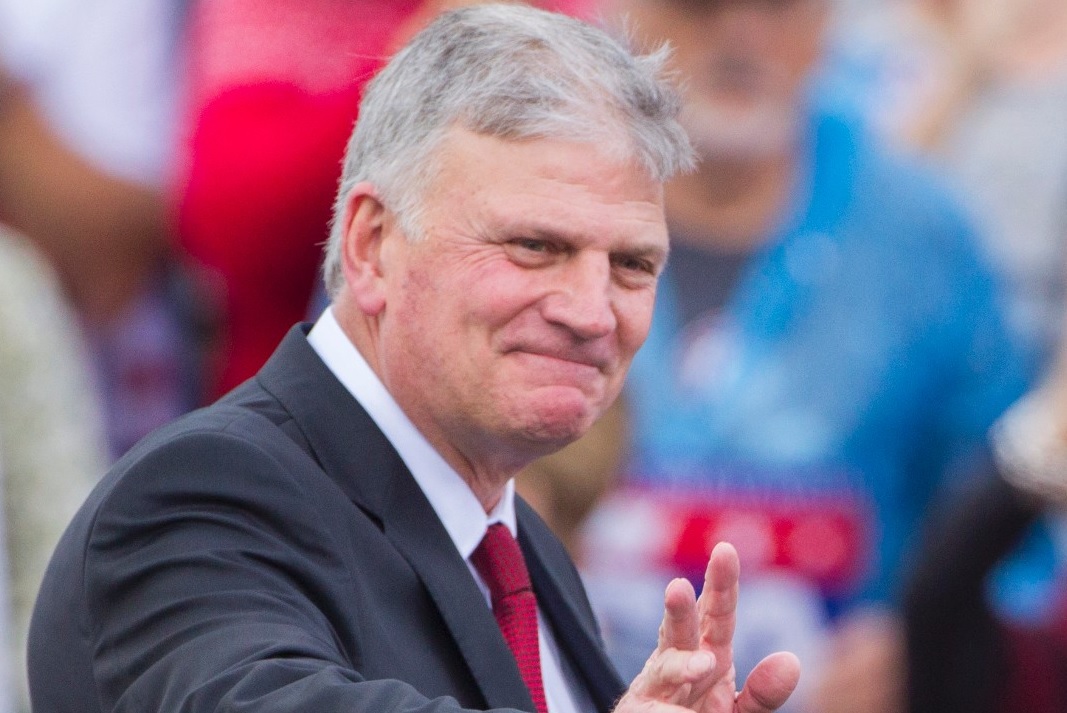 Over the weekend, Lady Gaga criticized Vice President Mike Pence and his wife for the way they practice their Christian faith. The “Star is Born” star questioned the vice president’s faith and blasted the second lady for teaching at a Christian school that affirms mainstream Christian theology.

On Monday, evangelist Franklin Graham took to Facebook to call out the actress on her slanderous comments.

“Lady Gaga, Stefani Joanne Angelina Germanotta, may be a very talented singer and actress, but her comments about Vice President Mike Pence and Second Lady Karen Pence are misguided and unfortunate,” he wrote on Facebook.

He then quoted the singer’s words, saying, “She said, ‘To Mike Pence, who thinks it’s acceptable that his wife work at a school that bans LGBTQ, you are wrong.’ She added, ‘You are the worst representation of what it means to be a Christian.’”

“Excuse me?” the evangelist wrote. “As Christians, following Christ means following the teachings of God’s Word. The Bible makes it clear that homosexuality is a sin—among many others—and they all have a cost.”

“We are to seek to live our lives in obedience to His Word,” he continued. “He set the rules, not us; He is the one who defined sin, and out of His love and mercy, He provided a remedy for sin—all sin—through repentance and faith in His Son, Jesus Christ.”

“I know Vice President Mike Pence and Mrs Pence, and, to me, the way they conduct their lives and exhibit their faith make them the best kind of Christian. What a blessing they are to our nation!” he wrote.

When did Gaga take interest in the Pences’ faith?
This past weekend during a Las Vegas show, Gaga stopped mid-performance and randomly announced, “And to Mike Pence, who thinks it’s acceptable that his wife work at a school that bans LGBTQ, you are wrong.”

“You say we should not discriminate against Christianity; you are the worst representation of what it means to be a Christian,” the singer said. “I am a Christian woman and what I do know about Christianity is that we bear no prejudice and everybody is welcome. So you can take all that disgrace Mr. Pence and you can look yourself in the mirror and you’ll find it right there.”

Following the criticism his wife received after accepting a part-time position teaching art at a Christian school in Springfield, Virginia, Mike Pence sat down with Catholic news outlet EWTN to share his thoughts.

Why the media’s sudden interest in Christianity?
This week alone, the media have attacked the Christian faith time and time again. From failing to cover the March for Life, to slandering the Covington Catholic students, they have been relentless.

Rep. Dan Crenshaw pointed out via Twitter that 3 out of the 4 big media blunders this week were “fundamentally anti-Christian.”

As previously reported by Dan Andros of Faithwire News:
So, do not be shocked or fearful of the increased media attacks on Christians. Expect it, because the world despises Christians just as the world despised Jesus. And respond how Jesus wants us to respond – in a way that will cause people to wonder why we are filled with such peace, hope and confidence. In short, in a way that glorifies Him.