Home News Gaddafi’s Stolen Loot May Have Been Hidden In Nkandla – Here’s What... 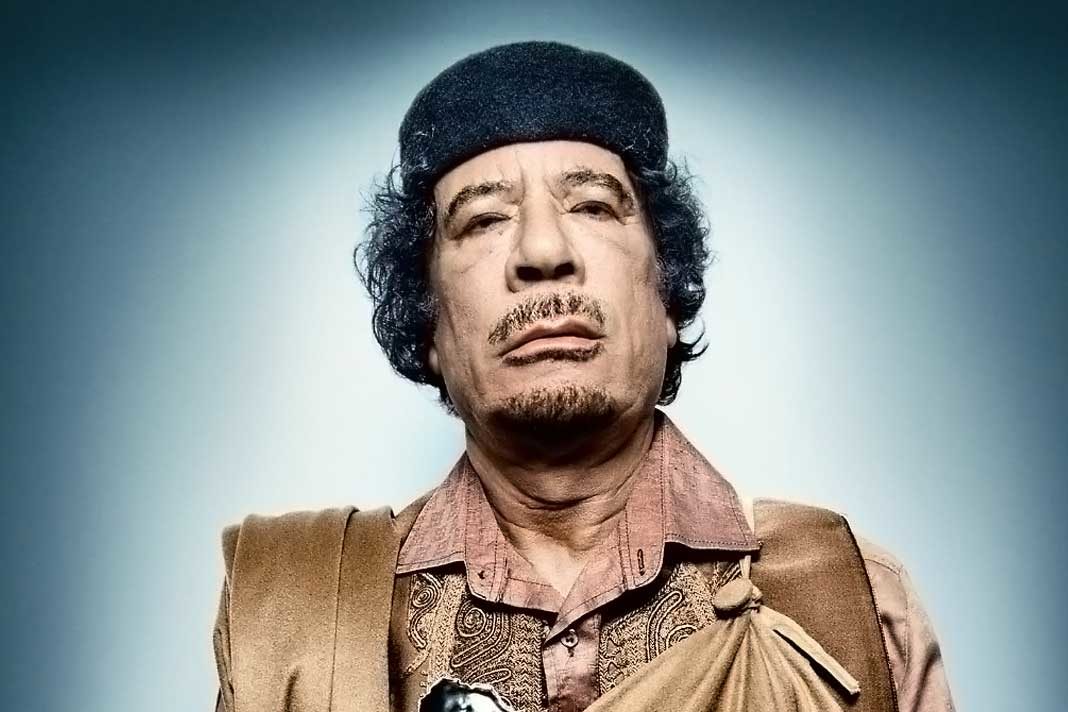 The Sunday Times  has reported that R422 million in cash from the late Libyan dictator Muammar Gaddafi may have been hidden at former president Jacob Zuma’s Nkandla residence.

Libyan authorities claim that the money was moved to Eswatini (formerly Swaziland) earlier this year, the newspaper reported. The Libyans asked President Cyril Ramaphosa to help recover the money, and King Mswati III reportedly confirmed the existence of the money to Ramaphosa last week during a meeting at OR Tambo International Airport.

The origins of the money
After taking power in 1969, Gaddafi squirreled away billions of dollars to secret locations across the world.

Libya has the largest oil reserves in Africa, and it’s among the ten biggest producers in the world. However, its population of only six million saw little of the oil wealth during Gaddafi’s reign. By 2010, the country was earning more than $30 billion in oil revenue a year, but it had a high unemployment rate and much of the population was living in poverty.

In the same year, Gaddafi sold a fifth of Libya’s gold reserves for $1 billion and apparently pocketed the money, through various secret accounts and companies, including Libya’s sovereign wealth fund. Shortly thereafter, he was killed in an uprising in the country.

Since his death, authorities have been searching for the money Gaddafi moved out of the country.

The South African connection
Zuma was a key Gaddafi supporter, and opposed Nato’s military intervention in Libya during the rebel uprising in 2011.

US secretary of state Hillary Clinton was told that Zuma secretly received money from Gaddafi, the Mail & Guardian reported. Zuma visited Gaddafi in 2011, and according to the Sunday Times report, that’s when Gaddafi arranged with the former South African president to move money out of the country.

In 2014,  the Sunday Independent reported that apartheid-era special forces were reportedly  used to bring the assets to South Africa, and that the assets were initially stored in Gauteng.

He was captured during the rebel uprising in 2011, but amid mysterious circumstances managed to escaped to Niger. He then travelled to France, before coming to South Africa.

“(Saleh) has been named by numerous public and private sources as the person who manages funds from the former regime hidden in South Africa and throughout the rest of the continent,” according to a United Nations Security Council report which provided more details about the stolen assets from Libya.

In 2011, he moved $800 million from a Standard Bank account in South Africa to a CFC Stanbic Bank branch in Kenya, the UN says. The report, which was released in 2017, says Saleh currently resides in, or at least frequents South Africa. Over the years, he has also lived in Eswatini, according to other reports.

The South African police had been aware of his presence in South Africa since at least 2013. At the time, former police minister Nathi Mthethwa said Saleh, who was on Interpol’s most wanted list, was not arrested because there wasn’t an extradition treaty between Libya and South Africa.

Saleh has been a guest at the ANC’s centenary event in Mangaung, and was also seen at a Brics summit in Durban. A year ago, he was shot during a robbery in Johannesburg.

Attempted Denel transaction
The UN report alleges that there may have been an attempt to use some of the stolen Libyan money as  payment for a multi-billion arms deal.

In 2013, Libyan representatives visited SA to buy tanks and attack helicopters from Denel.

“A large amount of money was indeed readily available and the negotiations appeared to be relatively advanced,” the UN panel says. Witnesses claim that the tanks and helicopters would have been paid for by “hidden assets from the (Gaddafi) regime already present in South Africa”.

The UN report includes an order for Denel equipment from Libya, and a letter  from defence minister Nosiviwe Mapisa-Nqakula (who was appointed by Zuma in 2012, but still serves in the Ramaphosa cabinet). In it, she writes: “I sincerely wish to honour your request given the long standing relations that exist and continue to mature between our countries.”

The report notes that the SA government did not answer its queries on this deal.