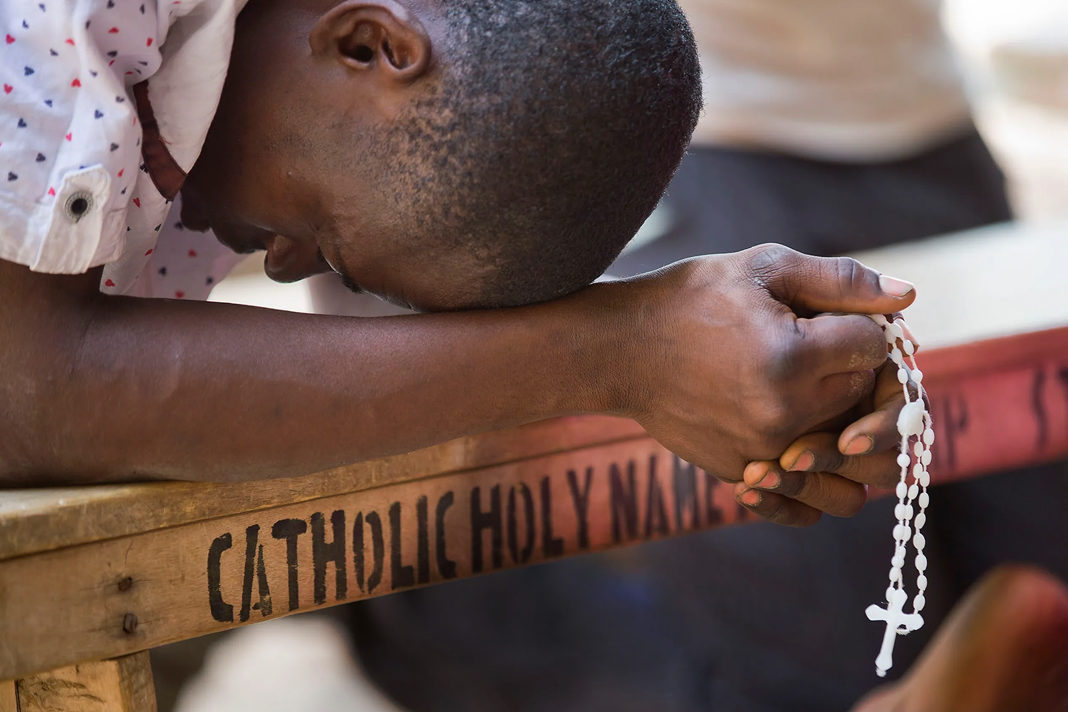 On May 18, extremists in Nigeria interrupted a church choir practice and abducted 17 Christians. They are being ransomed and might never see their families again. Some of the Christian women may be sold into slavery or raped and forced to marry the jihadist. It’s the latest attack in the escalating violent war on Christians within Nigeria, where 3,731 Christians were killed last year.

If such violence had occurred in Nashville rather than Nigeria, it would dominate nightly news broadcasts and saturate social media feeds. American churches would be launching fundraising campaigns for victims’ families and addressing it in their weekly gatherings. In this case, however, the American church has barely acknowledged it. Unfortunately, when violence occurs somewhere “over there” instead of in our backyard, it is often dismissed as just another story. American churches must do better.

I constantly bear witness to this sort of violence and the corresponding malaise by the nature of the organization I lead, Open Doors USA. We track such incidents of Christian persecution around the world through our annual World Watch List, a comprehensive ranking of countries where it is most difficult to be a Christian. To us, this is more than just “another story”; it is another data point in a global crisis of persecution. One of every nine Christians experience high levels of persecution and suffer for their faith, and it’s picking up pace.

It’s not just in Nigeria.

China, waking up to a stunning realization that there could be more Christians in Chinathan members of the Communist Party soon, has begun an Orwellian crackdown. They’re now using facial recognition, social scoring, imprisonment and monitoring to bring Chinese churches under the boot of the government.

Ever since Prime Minister Narendra Modi has been governing India, the country has relegated its 30 million Christians to second-class citizens. Extremist Hindu groups are attacking Christians — with violence increasing 400% since 2014, according to Zenit — and some have called for expelling all Christians from the country.

Christians in America need to wake up
Yet the leadership of the American church, with its superpastors and megachurches, is whistling through the graveyard. The beast that we have created, which relies on upbeat music and positivity to attract donors to sustain large budgets, leaves little room for pastors to talk about the suffering of global Christians. Like most of the culture, the American church is more concerned about college entrance scandals and “Game of Thrones” than persecution. Inoculated by entertainment and self-absorption, they are completely detached from the experience of the global church. The American church is feeding itself to death while the worldwide church is being murdered.

My prayer is that we will soon be shocked from our sleep and jolted into action. We must educate American congregations about global religious rights abuses, and then engage this crisis together. At Open Doors, we encourage Christian allies to write letters to encourage victims of religious violence, pray for specific incidents reported through our international network, and host events in churches to help raise awareness. I envision a world where American Christians remember persecuted Christians in hostile regions in every church, every Sunday.

Through these sorts of efforts, I have hope that an awakening is possible.

Deepening faith through action
Ironically, mobilizing to fight anti-religious violence has ancillary benefits for us, too. The persecuted church around the world is giving us clues on how Christians can survive, and in some cases thrive, in the face of danger. In those lessons, we can find inspiration to deepen our own faith — which might come in handy as persecution comes to the West.

When believers in Nigeria began to face persecution, they dropped the denominational infighting that is more common to the West and recognized that everyone suffering for their faith in Jesus is our family. The American church can learn from their example and rally the world to care about the religious persecution and rising intolerance for all faiths, if it chooses to care.

If we pull together with global followers of Jesus, we can make a difference for those in Nigeria and elsewhere who are waiting for us to do something. But as of today, 17 Christians are still being held hostage in Nigeria. It’s time we care.