Home News ‘God Is Always At Work’: A Missionary In Myanmar Sheds Light On... 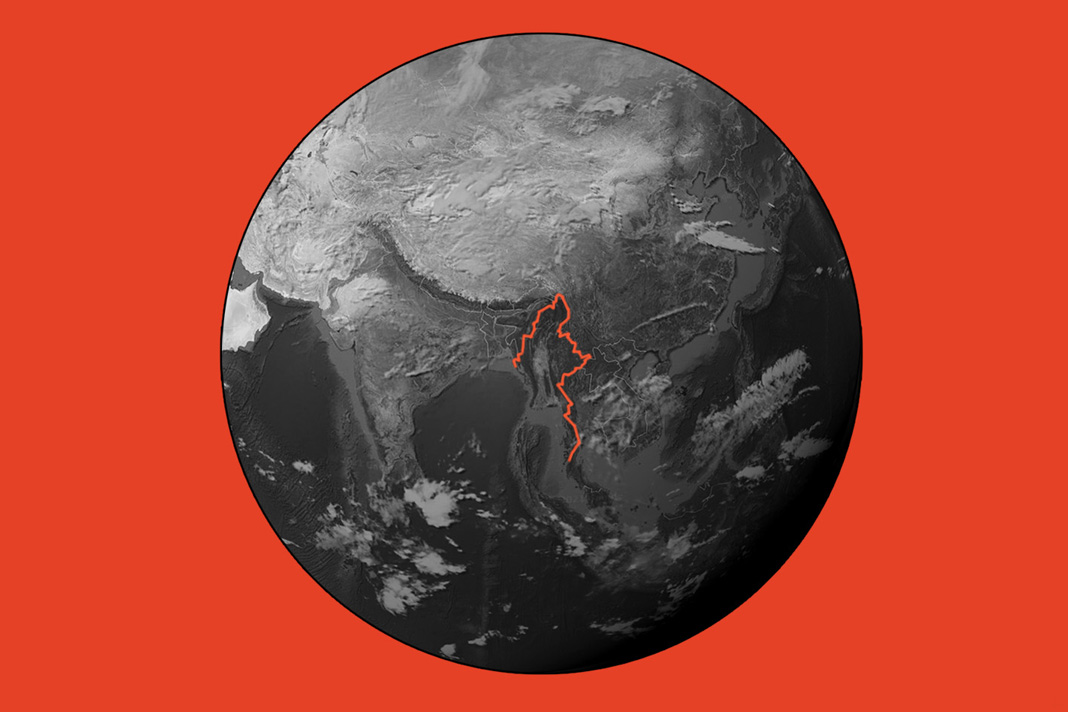 Sometimes I put off reading the news, for fear of what I might find going on around the world. Take for instance #WhatsHappeningInMyanmar. Isn’t it tiring reading bad news?

On February 1, Myanmar’s military seized power and detained national leaders, declaring a state of emergency for a full year.

The coup came hours just before the Parliament’s first sitting since the November 2020 elections which was won by Aung San Suu Kyi’s National League for Democracy, the ruling party since the country’s landmark elections in 2015.

Over the last six weeks, mass protests have been taking place all over the country. Dozens of protestors have been killed. The current death toll is above 180. The country is at a standstill.

Where is God in all this? How do you make sense of this violence and injustice?

I recently spoke to a missionary in Myanmar to gain some clarity.

Lawrence* has been working in Myanmar for over seven years, doing missions through business. He works with church pastors and Christians in need to help them set up self-sustaining businesses for kingdom impact.

The 70-year-old missionary has been grieving with locals, spending many tearful mornings praying. There’s a lot of confusion, a lot of uncertainty. It is horrific.

Lawrence has been taking cover in his house since it’s too dangerous to go anywhere. Showdowns between protestors and the military are too close for comfort where he currently resides.

Electricity cuts and internet blackouts are common, while money is stuck in the banks since the ATMs have not been filled. As a result, people are forced to put up with the shortage and cut back on expenditure.

Food stores have also been closed, with little hope of them re-opening soon. While Lawrence has been surviving on staple foods, his heart goes out to more urban villages, which are now empty.

He shared that while a few of the pastors he works with are returning to their native villages, those whose homes are too far away are hesitant to do so because they are still worried that soldiers might stop them along the way.

Lawrence is less concerned about his own physical state than his mental health.

He describes it as another lockdown: “Nobody’s going to come to me because I live in a dangerous place. I don’t see anybody. It’s been two full days since I’ve last seen somebody or talk to anybody.”

Yet despite all of this, Lawrence shared with me: “God is always at work (John 5:17), whether we appreciate or understand it. At this point, it is too early to see His hand, but I know that He is there and working.”

Here are three areas in which he has seen a silver lining.

1. United In Purpose
Myanmar has 135 official tribes – about as diverse as a country can be. The Christians that Lawrence works with are ethnic minorities that, as you would expect, often face discrimination.

He explained: “They want to keep quiet, to take a backseat, to be nice. They want to blend in… so they will not rock the boat.”

However, since protests have begun, Christians and non-Christians alike have been part of the same movement.

“We’re all, first of all, Myanmar’s people, and we’re fighting for democracy,” he told me.

2. United In Prayer
Christians in Myanmar are now praying more fervently for their country, especially for their leaders, observed Lawrence.

He believes that prayer has the power to change the situation in ways that only God can, “to do things they would not normally do, to see bigger things, to see differently”.

Since the coup on February 1, Lawrence has also reached out to his network of some 600 people across the world to pray alongside with him (1 Timothy 2:1-3).

“We therefore have a tsunami of prayers rising up from all over the world – holy incense to the throne of God. Surely God is pleased…” he said.

3. United In Hope
Over the last seven years spent helping locals start businesses, Lawrence has been made acutely aware of the underlying mindset of people living in poverty and under harsh rule.

He explained that after a history of successive defeats, this is no fault of their own – they have been made to accept it as their fate. As a result, they are not willing to do better.

Lawrence likens this deeply entrenched mindset to the Israelites grumbling in the desert, wishing they had stayed in the land of Egypt as slaves (Exodus 16:3), even while God was leading them to the Promised Land.

He described the mentality of locals as such: “Why do we need to do better? We’re fine the way we are… we can eat, we have rice, we have a roof over our head.”

Yet, this coup, Lawrence explained, is a “game changer”.

The protests have shown him that there is hope in a new generation that is fighting for change now – no one wants to return to where they came from. People were just starting to get out of abject poverty.

“These past five years have given them a window through which they have seen the possibilities that democracy and freedom can bring, and they are not going back,” he said.

“This is especially true of the young people who through internet access know what the rest of the world can offer, and they don’t want to give it up.”

Our call ended abruptly because of a power cut, but I couldn’t believe how at peace Lawrence was with all this.

Maybe it really was those tearful morning prayers that allowed him to still say: “God is in control and He is sovereign. There is nothing in what He is doing that is pointless or wasted. We will understand later or in eternity. We have to trust God.”

I was suddenly reminded of a passage I had read recently in the book of Habakkuk. Habakkuk’s time was a politically turbulent one too, of wicked kings, moral turpitude and military confrontation.

Where was God in all this? How did the prophet make sense of this violence and injustice? He couldn’t.

By the end of the book, it seems nothing around him changed – but Habakkuk did.

He may not have understood what God was doing, but these are the words of a man who chose to trust in the Lord (Habakkuk 3:17-19 ESV):

Though the fig tree should not blossom, nor fruit be on the vines,
the produce of the olive fail and the fields yield no food,
the flock be cut off from the fold and there be no herd in the stalls,
yet I will rejoice in the Lord; I will take joy in the God of my salvation.
God, the Lord, is my strength;
he makes my feet like the deer’s;
he makes me tread on my high places.

I could hear the resolve in Lawrence’s voice. He was choosing to trust God. He chose to trust in God’s will and God’s time.

Responding to well-meaning advice to leave the country, Lawrence tells me he is bent on sticking it out as long as he can.

“I am not a martyr. In other words, I will not deliberately go out there and expose myself to bullets. This will accomplish nothing. I need to be alive for the people here and will therefore do my best to remain under cover,” he said.

But fleeing Myanmar is not an option he is considering either.

“I will not run away and be a coward when people here are putting their lives on the line,” he added.

“My life is in God’s hands. I am 70 years old this year. So what if I were to die with the people of Myanmar? I would be following in the footsteps of my Master.”

*The missionary’s name has been changed.