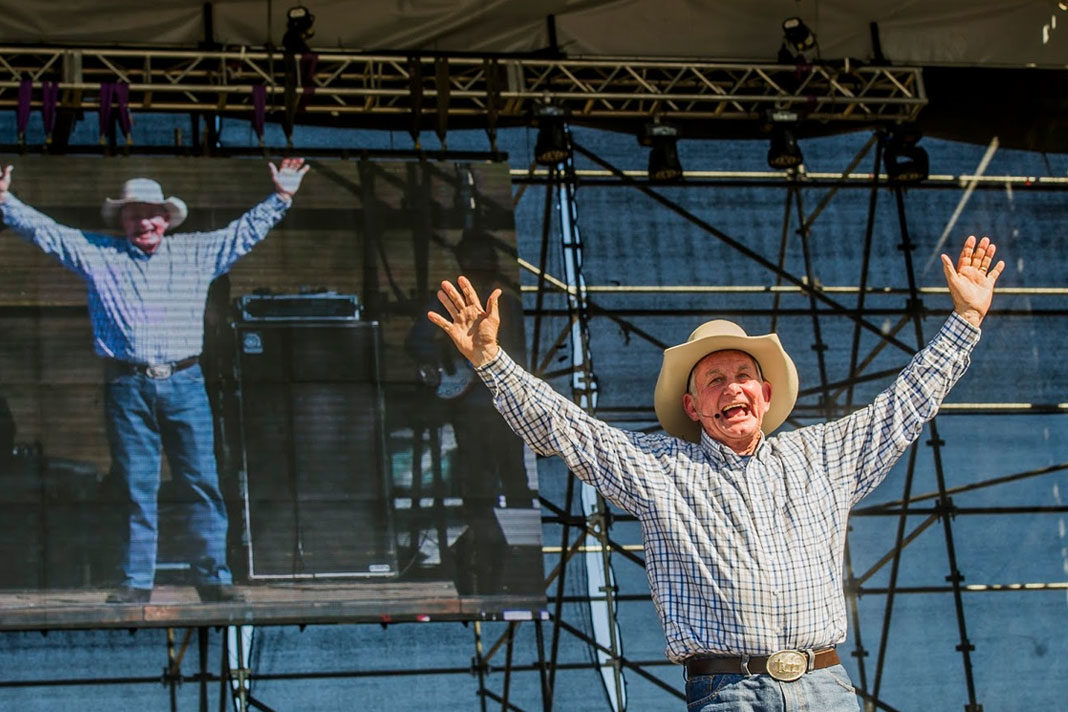 “The population of South Africa is buying into this prayer meeting because we are facing a potential civil war — and if God doesn’t intervene we will be in a very bad situation.”

“The good news is that God is going to intervene because God’s people are going to come together on the 27th of October at Rhino Park airfield, and we are going to pray.”

These were the words of farmer evangelist Angus Buchan during a telephone interview with him yesterday about the It’s Time Pretoria national prayer gathering that is now three weeks and one day away, and which he is urging Christians in SA to attend as a matter of priority.

“You know, I am supposed to be known as the man of faith — Faith Like Potatoes. Yet, I was rebuked when I shared the vision in Pretoria with leaders and said I am really trusting God for two million people. They said ‘What’s wrong with you, why have you so little faith? They said to me — a minimum of five million,” he continued. ­­­­­­­­­­­­­

He said the people of Mamelodi, a township northeast of Pretoria, have caught the vision of the prayer day.

“They’ve got 300 churches in Mamelodi. They say they are going to do a prayer walk — of 18 kilometres. They are starting at three in the morning. They will be there in time for the meeting — and they are talking about a million people walking.

Emphasising the purpose of the It’s Time event, he said it will not be an evangelistic outreach but a national prayer initiative for the country.

“The purpose of the prayer meeting is to bring healing to the country. In case you’ve forgotten we’ve got elections taking place in a few months time. and we want God to intervene and stop the disregard for human life, racism, hatred, corruption, gender abuse. ­­­­­­­­­­­­­

“We want peace. That’s why we are appealing to the Prince of Peace to undertake for us,” he said.

Buchan is adamant that believers should make every effort to be at It’s Time.

“On our farm there will be no church service on the Sunday. You know we have a 500-seat church? We will be hiring buses and going up there camping.

“For the guys who say it is too far, they will just pray at home, let me tell you there is a professional trumpeter who played at the Sacred Assembly (A mass prayer gathering in at the FNB Stadium in Soweto in 2016). He is not a South African, he is an Englishman who I met three years ago at Heathrow Airport.

“He is coming. He is married to a South African. He is a professional trumpeter; he plays for the London Philharmonic Orchestra. He will get on a plane at Heathrow on Friday night and he will be there at the prayer meeting. I am going to ask him to play Amazing Grace on the trumpet.

“When he is finished, we are taking him straight back to the OR Tambo Airport. He’s getting on a plane; he’s flying to Heathrow. He’ll get to Heathrow on Sunday monring. On Sunday afternoon he’s playing in a concert for the London Philharmonic orchestra. And he’s paying his own way. That’s going the extra mile. That’s the kind of commitment we are looking for.”

“You know, if people are getting married on that day, they either need to get married the week before, or the week after. I will tell you why — what is the point of getting married and living in a country where there is no future?”

“And I’m telling you there is a future. Because we will be coming together to pray.”

More information about It’s Time Pretoria, including how to book free camping and parking tickets is available online at www.angusbuchan.co.za . Also visit the Angus Buchan Facebook page for updates and news.