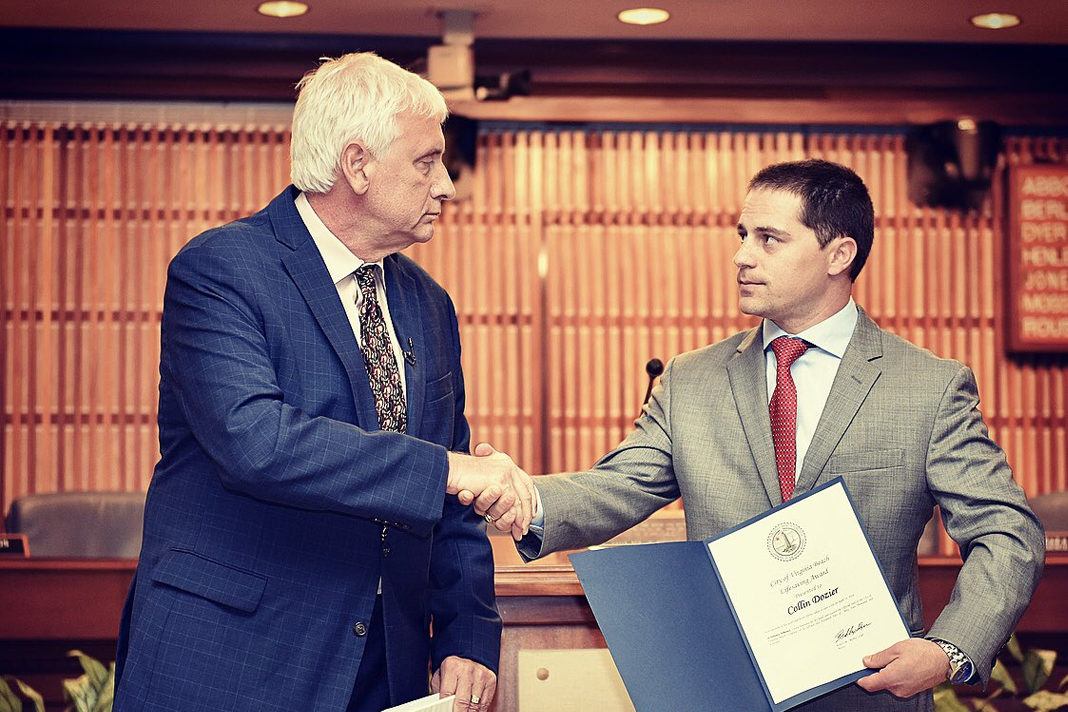 Collin Dozier was driving home around midnight on a Wednesday in late April when he noticed a car pulled over on a nearby bridge and felt God calling him there.

“It felt like somebody knocking on your front door. You gotta go answer it,” Dozier told Faithwire. “It was just crystal clear.”

He traveled the rest of the way home, but then hopped on his electric scooter and headed back to Lesner Bridge in Virginia Beach, where he found a man contemplating suicide.

“I didn’t want to get too close to him,” Dozier said in a video testimony shared by his church. “I got about 10-15 feet away from him and I leaned over the railing next to him, and I said, ‘Hey man, what’s going on?’ No response.”

The troubled 27-year-old man didn’t even look at Dozier. But he didn’t give up, instead trying his best to encourage the young man: “I said, ‘Don’t do it. Jesus loves you. He’s here for you.’”

“The only thing I could possibly do was turn to the Lord and pray,” Dozier recalled. “So I got closer to him a little bit, and I reached out my hand, and I said, ‘Lord Jesus, please speak to this guy. Open his eyes right now. Let him see your love.’ I know when times are tough, that’s the only thing to possibly turn to.”

After about 20 minutes went by, according to WAVY-TV, police finally showed up. When they arrived, the troubled man flipped to the other side of the bridge’s railing, facing the water.

The man — who claimed he had a gun — kept threatening to shoot both Dozier and the police officer. But that didn’t stop the Good Samaritan, who kept inching closer and closer to the man.

“I lunged for it,” Dozier said. “I went around his arms, and I pinched my elbows in so his arms wouldn’t flail and reach for anything. I stepped up on the railing and I sucked him back and I threw him down on the pavement.”

Then what?
From there, police intervened, took the man into custody, and admitted him to a rehabilitation facility, where he stayed for more than a week.

Dozier’s actions had such a positive impact on the man that he has since started going to church with him on Sundays. He’s also been sober for three weeks. Before being saved that late night in April, Dozier said the man had not been sober for even one day in 10 years.

The man is now scheduled to be baptized.

Dozier, a former wrestler, said his own faith was also reinvigorated by the experience. He told Faithwire he had been praying for God to make him “bold” in his faith.

“This happened for a reason. This is not by chance. I can’t not share this,” he said. “Because this is totally God — everything about it. God used me to be able to do this. What are the chances of me being there out of all people?”

The Virginia Beach native went on to say he “never thought” God would use him in such a big way.

“It’s really helped grow my faith because I’m, for the first time, getting hundreds of messages from people saying … they want to change their lives and this story motivated them to do that,” Dozier said. “I just continue seeing so many hearts changed from this story. It’s incredible.”

If you or anyone you know is struggling with depression, suicidal thoughts, or you just need someone to talk to, call the National Suicide Prevention Lifeline at 1-800-273-8255. If you’re looking for counseling services in your area, consult the Christian Counselors Network.