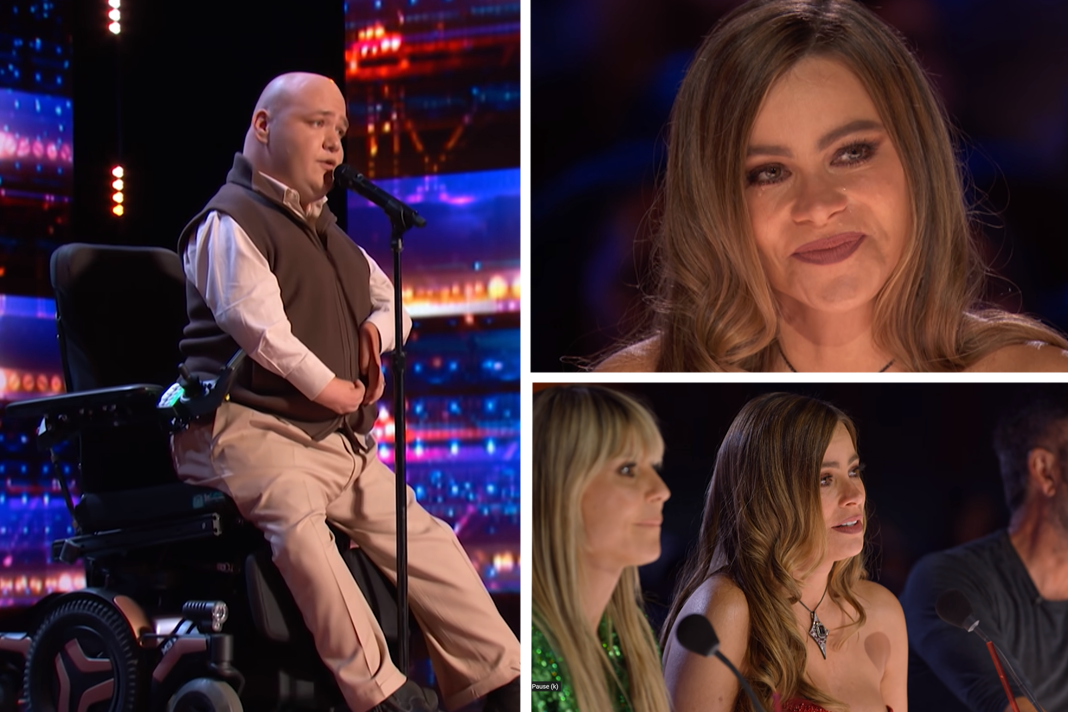 Ben Waites, a 33-year-old Nashville-based Gospel singer, brought “America’s Got Talent” judge Sofia Vergara to tears as he performed his own rendition of “True Colors” by Cyndi Lauper this week.

As a cheering audience gave Waites a standing ovation, Vergara could be seen in tears during and after his performance Tuesday night.

The judges, including Heidi Klum and Simon Cowell, also stood up to clap for the singer.

Cowell, who is known for directly and harshly criticizing the contestants, also turned soft as he called it a “great audition.”

Klum told him, “You do have so many emotions, and I was feeling them, too, but I’m looking at Sofia. Sofia is bawling her eyes out right now.”

Cowell added, “And Sofia does not cry.”

Vergara explained, “I loved it because, you know, it’s a beautiful song, but you made it yours, and it was special. It was different.”

All three judges voted for Waites to continue in the competition.

“I’m a Southern Gospel singer and a vocal coach,” Waites told the judges, explaining that the message of the song is to “speak to people no matter their age, their race, their background.”

The rendition carries “a message of hope.”

Waites, who was rejected during his first audition years ago when he was studying at Louisiana Christian University, told Baptist Press his primary motivation is to glorify God.

“At the end of the day I can only say that it’s a God thing,” Waites was quoted as saying. “Everything that I’ve done my entire career has been so heavily oriented in serving Christ and showing the love of God to as many people as I can. I looked at this as an opportunity of reaching a lot of people that I probably couldn’t have on my own.”

He continued, “I’m carrying a lot of weight on my shoulders over it, not in the sense of being overly nervous or caring about winning. That stuff doesn’t matter to me. What I’m more concerned about is appropriately and effectively showing the Gospel of Christ through this opportunity. It’s very important that I get that message across.”

Waites, who was born with Arthrogryposis Multiplex Congenita, which restricts the movement of fixed or hooked joints throughout the body, including elbows, wrists, knees and ankles, returned to audition years after the first rejection. Producers with “America’s Got Talent” contacted him after seeing his performance garner around 600,000 views in 24 hours on Tik Tok.