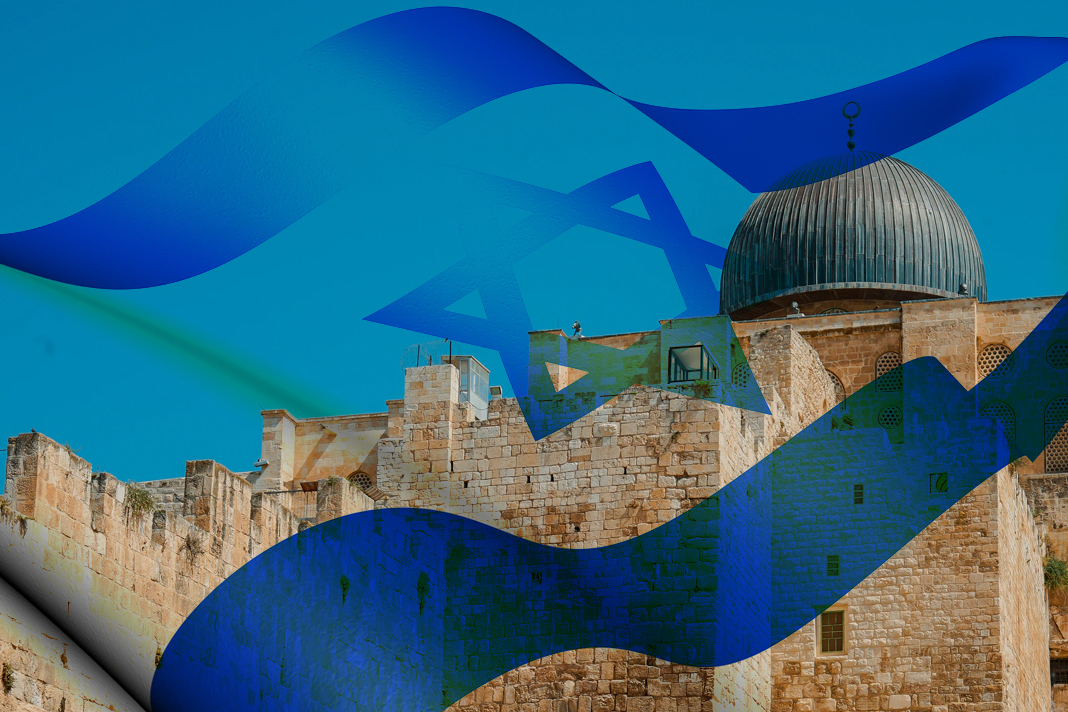 The Patriarchs And Leaders of Churches in the Holy Land on May 7, 2020 issued a declaration that called on the new Israeli government to “refrain” from its planned partial annexation of Palestinian-held territory on the West Bank. The plan envisages in particular the annexation of the Jordan Valley and the land that holds many Jewish settlements. Aid to the Church in Need spoke about the situation with Auxiliary Bishop Giacinto-Boulos Marcuzzo, the Patriarchal Latin Vicar for Jerusalem and Palestine.

Who will be the principal victims of such a plan?The leadership of the Christian Churches of the Holy Land charges that the proposal to annex parts of the West Bank “raises serious and catastrophic questions about the feasibility of any peaceful agreement.” Why is this so?
This proposed annexation would in fact be the final nail in the coffin for any possibility of achieving the creation of a Palestinian state that could coexist alongside Israel, within the internationally recognized borders and with Jerusalem as the capital of both states. This so-called “two-state solution” seemed until now to be the sole reasonable, peaceful solution possible for an end to this ‘eternal’ conflict, and the only possible opening for peace in the Holy Land. So the reaction is one of despair. Sadly, though, we know from experience in the Holy Land just what despair leads to. And what makes this despair all the more painful is to witness the incapacity of the international community, the weakness of Europe and even the indifference of certain Arab countries in the face of these flagrant injustices.

This unilateral decision is unjust, from a historical, moral and human rights perspective. It is contrary to all the international decisions, contrary to any sincere search for peace. When the injustice happens, all the people of Palestine will suffer the consequences. But the Christians, as a minority, will undoubtedly suffer more.

What will be the practical consequences for Palestinian Christians?
We do not yet know the practical details of this proposed annexation, and so we cannot yet gauge the extent or gravity of all the negative implications. But we can already be sure that several of the territories within the Latin Patriarchate of Jerusalem, one of the most important ecclesiastical bodies in the Holy Land, will be directly affected by the annexation, as will be a number of Christian communities.

Besides, the maps published by the media showing the possible fragmentation of these lands are quite striking. If you consider that the territory of the entire Jordan Valley, plus hundreds of colonies scattered throughout the Palestinian territories, could end up being annexed by Israel, along with all the road networks linking them together, you can imagine the total absence or sheer difficulty for any form of Palestinian territorial continuity that would result from it.

This action would still further compound the problems that already exist. Certain lands (a valley, a mountain, wherever they have built a kibbutz or a settlement) would become part of the State of Israel. Now those who own these lands are frequently Palestinians, including many Christians, who live in the nearby Palestinian Arab villages and towns. As a result, there will be numerous legal, and above all practical problems, such as the question of any eventual expropriations, the separation wall, and indeed the simple impossibility of being able to go and work on one’s own land without a permit, and undoubtedly the difficulty of everyday life, of travelling to hospital, to school, to church, to market or simply meeting together as a family. And even communities and lands not directly affected will still suffer from the general upheaval caused by the fragmentation of the West Bank.

How do the Christian faithful see the future?
Generally speaking our faithful express their views via the unhappy refrain of emigration—just as they did during and after the intifadas. This is what concerns us so profoundly and it’s why we are fighting back against the plans so energetically. But how can we truly help them in the face of political decisions of this kind? And what is more, this proposal comes at an already difficult time for the Holy Land due to the COVID-19 crisis, which has brought about the demise of the pilgrimage economy. Certainly, the emergence of the virus has prompted a great wave of solidarity among the whole Christian community, both here and abroad. But that was for a very limited time only, and only in certain specific instances. But what is one to do against the upheaval caused by the annexation of these territories, and which will have such extensive social, economic, family and personal repercussions?

Are you afraid that the proposed annexation will plunge the region into violence? Sadly, yes, and that is our great fear for the immediate future! The annexation will set off a firestorm of reactions, protests and violence throughout the region. Not simply at the local level among the ordinary people—it will most probably also draw in neighboring countries. As far as possible, as you can read in our statement, we are calling on the people to cling firmly to their right to justice and to remain united, but to refrain from any futile provocation that could lead to bloody clashes. In its pastoral work the Church in the Holy Land has over the course of history always pursued and upheld two goals and two approaches, namely, justice as the foundation, and peace and reconciliation as the ultimate goal.

Here is the link to the May 7, 2020 “Statement by the Patriarchs and Heads of the Holy Land Churches on Israeli Unilateral Annexation Plans.” Subsequently, in a communiqué issued May 20, 2020, the Holy See reiterated that “respect for international law and the relevant United Nations resolutions, is an indispensable element for the two peoples to live side by side in two States, within the borders internationally recognized before 1967.” The Holy See also expressed “concern about any future actions that could further compromise dialogue,” while also expressing its “hope that Israelis and Palestinians will be soon able to find once again the possibility for directly negotiating an agreement, with the help of the International Community, so that peace may finally reign in the Holy Land, so beloved by Jews and Christians and Muslims.”