Home News I Was Raped By Someone I Thought Was A ‘Friend,’ But I... 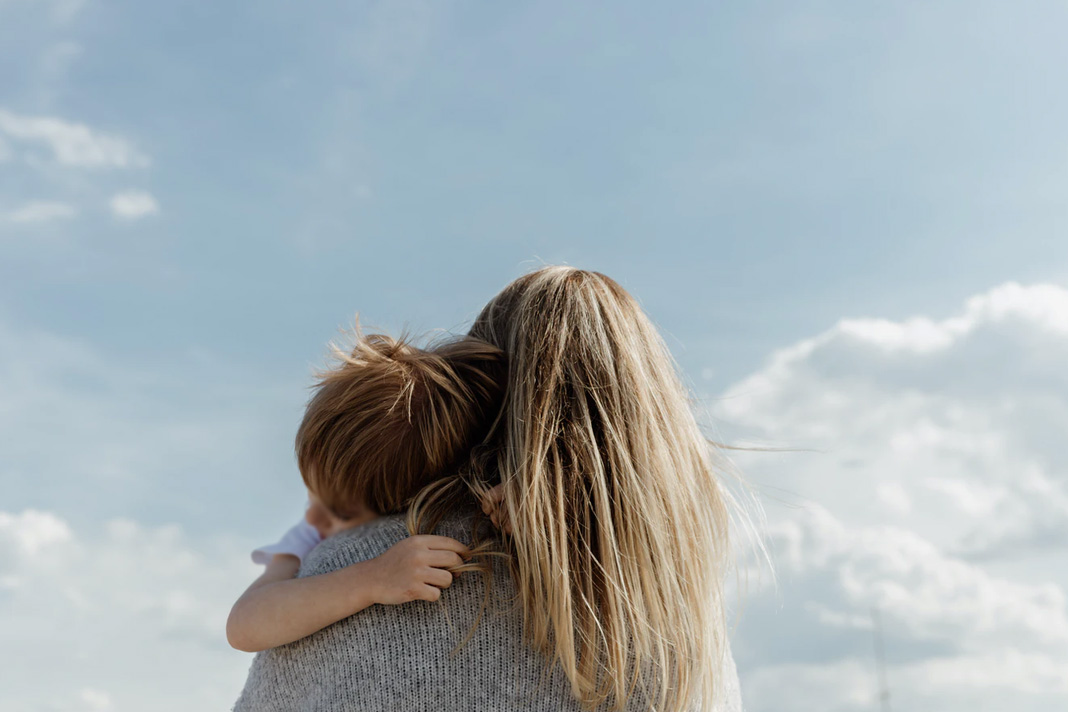 I was 23 when I was invited to see my new “friend” dance at the “hottest” nightclub in Irvine, California. I had no idea what to expect. I can’t believe I’m actually doing this, and by myself at that. This is crazy!

One by one, attractive men came out dressed in costumes, and danced seductively in a choreographed way, eventually stripping off most of their clothes. I saw my friend Matt as he gradually made his way to me. I had my couple of dollars ready for him. I was so nervous. Is he going to recognize me?

He had only seen me in my restaurant uniform up until then. Sure enough, he came over to me and whispered in my ear that he was so glad I came and gave me a gentle kiss on the cheek.

The show came to an end, and I decided it would be rude of me not to thank him for inviting me. I found his dressing room and waited outside his door. When he came out, I told him I enjoyed the show and thanked him. He asked if he could buy me a drink. I told him I could not stay long but I would drink a Diet Coke. He really turned on the charm and pressured me to order something with alcohol. I told him I really should stay with my Diet Coke because I had to drive.

“Oh come on,” he said, “one drink won’t hurt you.” So, I caved. I did not have a lot of experience with alcohol, but I loved iced tea and remembered there was an alcohol version.

After about 30 minutes or so, he told me he had to go to another club to do a show, and asked me to go with him. I was so flattered and surprised that I said “sure” before thinking. Before we left, I remember hearing a little voice in my head warning me that if I went with him, I’d end up pregnant. That was a shocking thought, to say the least. I immediately disregarded it. Where did that come from? There’s no way he’s that interested in me. I’m sure he just wants some company. 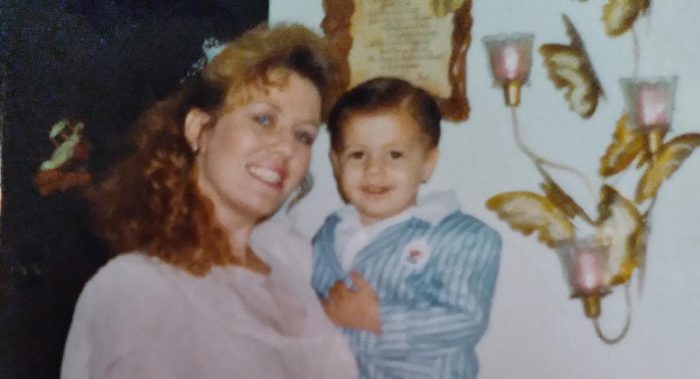 I was so excited to be walking into a club on this guy’s arm. He ordered me another Long Island Iced Tea. After the show, he brought me one more “tea.” I took only a few sips and started feeling strange. I was lightheaded, dizzy, and had a little difficulty walking to the restroom, where my symptoms worsened very quickly. By the time I came out, I was barely able to walk, and my speech sounded funny. I grabbed Matt’s arm and told him I didn’t feel well and was a little scared because of how I felt. It felt like the muscles in my body were turning to mush.

He practically had to carry me to his car. I told him to take me back to the other club so I could get my car. The next thing I know he was waking me up at the other club. I told him there was no way I could drive my car feeling that way, and asked him to take me to get something to eat because I hadn’t eaten in several hours. He agreed and as soon as we left, I passed out. The next thing I know,  he’s waking me up at his apartment. I was incredibly nervous about being here, but I was in such bad shape that I knew there was nothing I could do about it. He told me not to worry, and that he had to get to bed because he had several private shows lined up for the next day. The next thing I know, he’s pulling my shoes off and said, “You can’t sleep in your clothes, so let me help you with that too.” He got me into his bed and under the covers. He undressed and climbed in too. All I could do was lay there motionless.

I was aware mentally of what was going on but couldn’t communicate very well. He started kissing me, so I knew now what was coming. I tried to tell him I didn’t want to do this. He said, “Oh come on, you know you want this. Besides, no one says no to me.” He ignored my attempts to stop him and took advantage of my compromised state. I knew I couldn’t stop him, so I just allowed it to happen.

I felt so guilty for my own poor decisions that I decided to let it go and learn from that night of absolute stupidity and move on. I fell asleep and woke up about 8 am. I felt better but realized I was two hours late for work and no one knew where I was. I was living with my parents at the time but had arranged to stay that night at my old college roommate’s apartment, but hadn’t shown up. I immediately called work to apologize. My roommate had been called in to cover my shift and was frantic that she hadn’t heard from me. I still wasn’t feeling very well but knew I had to show up.

Fast forward about 3 1⁄2 weeks. I was late starting my period. Suddenly, I  remembered hearing that little voice in my head warning me that if I went with this guy, I was going to get pregnant. I was frantic. Could this really be happening? Surely  God would not allow this to happen to me. I immediately called a friend to go with me. I couldn’t tell anyone else what really happened that night. I was still so ashamed of myself and felt so guilty.

I went to a family planning clinic to get a free pregnancy test but had to call later to get the results. I waited in anguish alone. My mind just raced with all the “what ifs.” I just couldn’t accept the thought that I might be pregnant. I called and got the results: pregnant. I couldn’t believe my ears. They asked me when I wanted to schedule my termination, and I said I wasn’t going to be doing that. I was still in disbelief, so I made an appointment to visit my doctor to be tested again. She let me watch the results showing that I was definitely pregnant. I had to accept it.

Then I remembered that little voice I heard that night. It had to be the Holy Spirit warning me and I ignored it. I suddenly thought of a verse in the Bible that says, “No temptation has overtaken you except as is common to man; but God is faithful, and will not allow you to be tempted beyond what you are able, but with the temptation will also make a way of escape, that  you may be able to bear it” (1 Cor. 10:13). I then realized that God had tried to warn me and I didn’t listen, so I was dealing with the consequences. I became depressed and was despondent over what I had done and how my life was forever going to change.

I kept my pregnancy a secret for a few days. Then, I decided to tell my sister-in-law what happened, minus many details. I didn’t want her to know everything. I was so embarrassed and ashamed. I told her I didn’t know what to do and that I just couldn’t tell my parents, who were pastors. I didn’t want her to tell them or my brother. Of course, my request was unreasonable. She did tell my brother who in turn told my father. My dad made me tell my mom. This was the hardest thing I had ever had to do at that point in my life. I took a deep breath and I proceeded to tell her that I was pregnant. She was shocked and started tearing up. She asked me a few questions, but I never told her any details of that night. We prayed and hugged.

They told me that they would support me, whether I decided to keep the baby or place my child for adoption. I was so relieved that I had the love and support of my family. But I felt I needed to try to contact Matt and let him know. I had a feeling he wouldn’t want any part of it, but I felt obligated to at least tell him. So, I prayed and then called. I tried to get him to meet me somewhere to talk but he was too busy, so I told him over the phone. I just blurted out that I was pregnant and he was the father. There was a pause and then he said, “Well, you’re not going to keep it, are you?”

I said, “I don’t believe in abortion.” 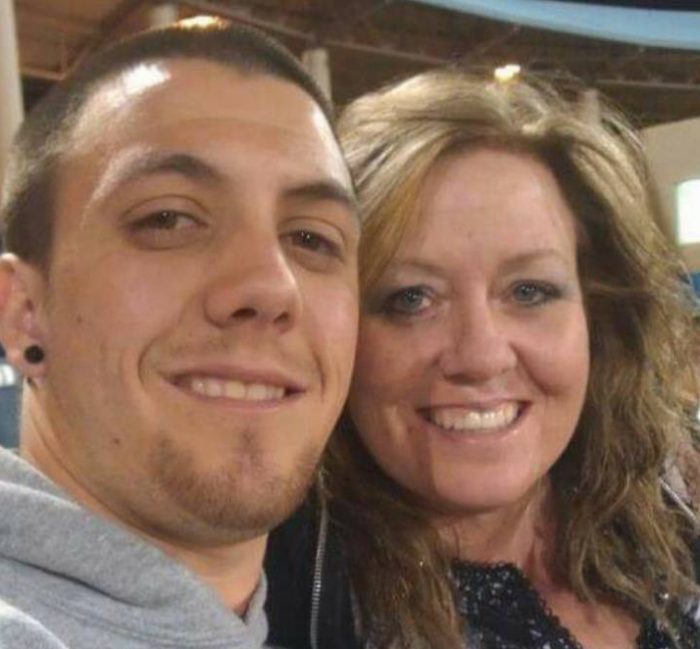 The author and her son, Sean (Photo: Sheryl Lockhart)

He said that was the stupidest thing I could do and that he wasn’t going to support the decision or the baby, and hung up. I hung up and cried.

I was very emotional through the second trimester, thinking my life was ruined. All my dreams of ministry in missions or whatever God had planned was over. Then my mom reminded me of a verse that says God will turn what Satan meant for evil into good for those who love Him. And my favorite verse, Jeremiah 29:11, says, “For I know the plans I have for you, declares the Lord, plans to prosper you, and not to harm you, plans for hope and a future.” That’s exactly what I needed to hear to snap out of the devastation I felt.

From that point on, I started looking at how wonderful motherhood would be, and how this child would not only be blessed but would be a blessing to all of us. On March 11, 1991, I gave birth to a beautiful baby boy whom I named Sean, my gift from God. He truly has been a blessing to me and my family.