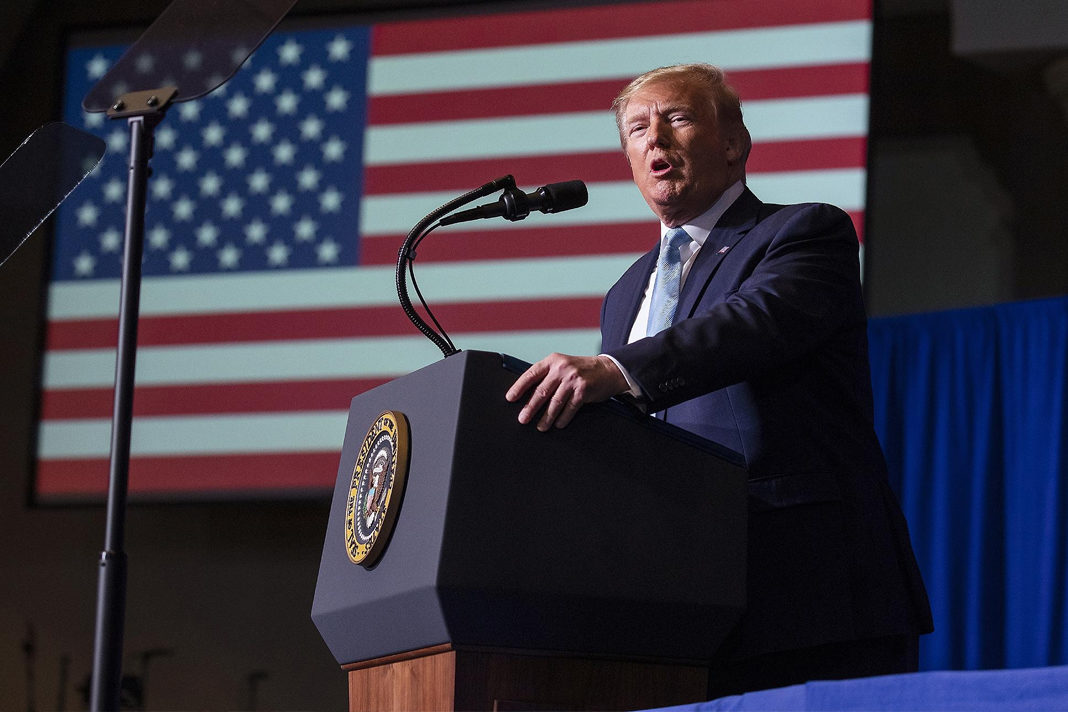 The Islamic regime in Iran offered a reward of $80 million dollars on Sunday for the head of US President Donald Trump, following a US airstrike on Friday at the Baghdad International Airport that killed the chief of Iranian operations abroad.

The offer was given at a rally during the funeral of Gen. Qassem Soleimani, the chief of the Quds Force of the Islamic Revolutionary Guards Corps, who was killed by a US drone along with seven others that included the second-in-command of Hezbollah and the deputy leader of the Iraqi Popular Mobilization Forces.

In the propaganda war against the United States and its president, the Iranian mullah regime is now using a particularly perfidious tactic.

The state television announced during the broadcast of a funeral service for the killed terror general Ghassem Soleimani that $80 million bounty would be placed on US President Donald Trump. The one who kills him should receive this amount.

“Iran has 80 million inhabitants. Based on the Iranian population, we want to raise $80 million, which is a reward for those who get close to the head of President Trump,” it said on state TV. Each Iranian should therefore donate a dollar to pay the amount to the alleged murderer.

Gholamali Abuhamzeh, a senior commander of the Islamic Revolutionary Guards Corps (IRGC), promised to “punish Americans wherever they are in reach” when Soleimani’s death was first reported, while Iranian Supreme Leader Ali Khamenei vowed “harsh revenge.”

Kataeb Hezbollah, 25 of whose fighters were killed in US strikes a week ago, ominously called on Iraqi police to stay at least three thousand feet away from American bases in Iraq beginning Sunday night.