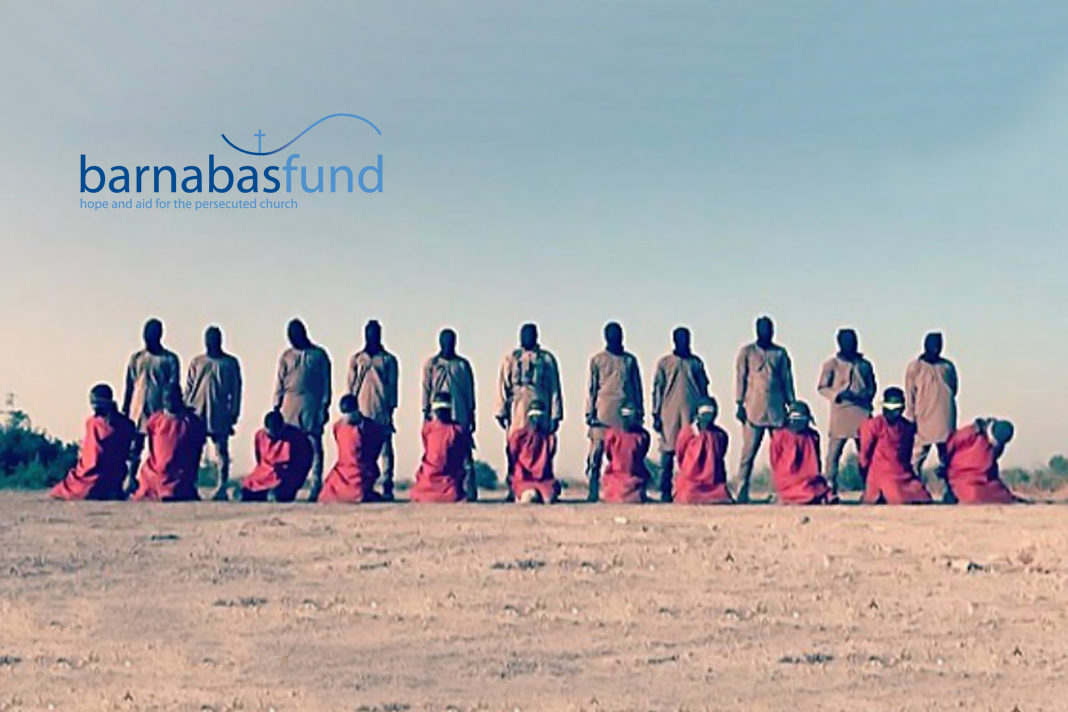 The footage showed eleven blindfolded Christian captives wearing orange jumpsuits in a line on their knees, with militants in light brown uniforms and black masks standing behind them. The killings are believed to have taken place on Christmas Day.

The captives, thought to have been abducted from Maiduguri and Damaturu in Borno State, pleaded in the video for Nigerian president Muhammadu Buhari and the Christian Association of Nigeria to save them.

Buhari later condemned the killings saying he was “profoundly saddened and shocked by the death of innocent hostages in the hands of remorseless, godless, callous gangs of mass murderers …” He continued, “We should, under no circumstance, let the terrorists divide us by turning Christians against Muslims because these barbaric killers don’t represent Islam and millions of other law-abiding Muslims around the world.”

The terrorist group claimed that the killings were to revenge the deaths of its leader Abu Bakr al-Baghdadi and spokesman Abul-Hasan al-Muhajir, killed in US military actions in Raqqa and Ain al-Baydah, Syria, in October 2019.

The faction that split from Boko Haram to align with IS in 2016 became known as Islamic State in West Africa Province (ISWAP) and has since become the region’s dominant jihadi force.

Date published: 10/01/2020
Feature image: Video footage of the beheading and shooting of eleven Christians, martyred on Christmas Day in northern Nigeria, was posted on the terrorist group’s website