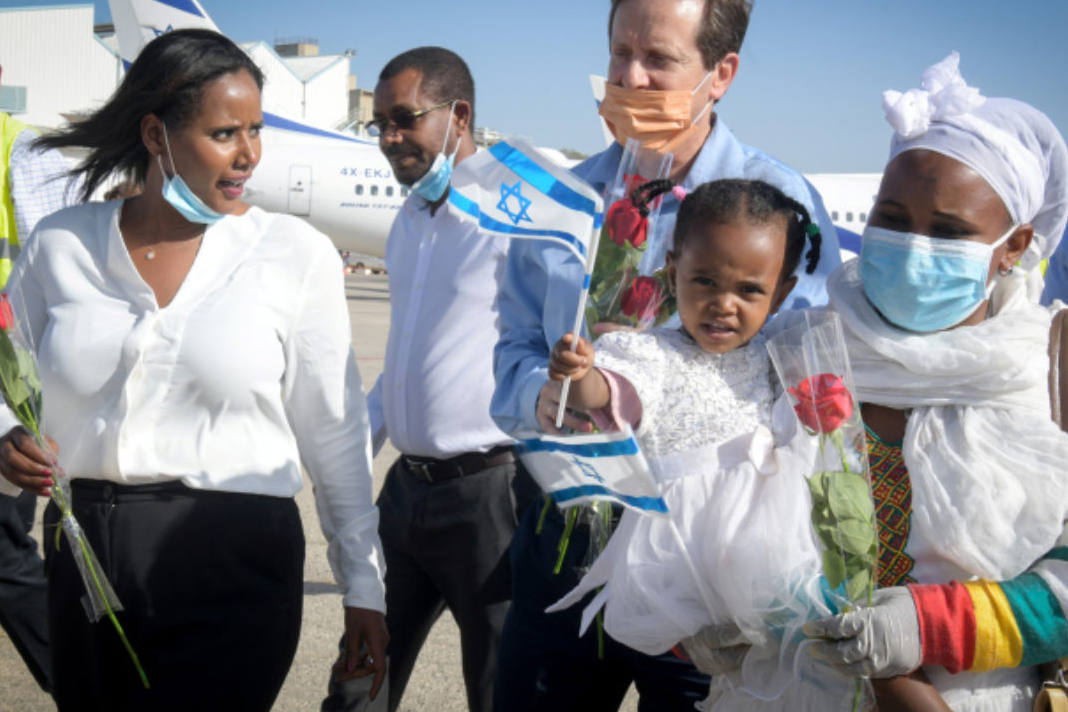 Pnina Tamano-Shata is drawing up a 5-year plan to bring Jews to Israel.

Israel is expecting that 90,000 new immigrants will arrive in Israel from around the world in the next 18 months, The Jerusalem Post reported Wednesday.

Minister of Aliyah and Integration Pnina Tamano-Shata told the Knesset immigration committee the latest forecasts estimate that the coronavirus pandemic is pushing Jews by the tens of thousands to move to Israel.

Interest in making aliyah (literally “ascent”) has soared, especially in the United States where organizations like Nefesh B’Nefesh have reported huge increases in the numbers of families starting the process or seeking more information.

Although both Nefesh B’Nefesh and the Jewish Agency are seeing record numbers, immigration to Israel is actually down in 2020 because the pandemic has brought international air travel to a near halt.

Only a few special flights with new immigrants have arrived from the U.S., and last week a special charter by the International Fellowship of Christians and Jews brought 39 new immigrants from Peru.

Jewish Agency Chairman Isaac Herzog said he expects that up to 100,000 people may leave their home countries for Israel, or make aliyah, once the current global health emergency is under control. One reason for the high-level interest is Israel’s well-publicized success in battling the pandemic.

Tamano-Shata said her ministry is preparing a five-year immigration plan and that the primary goal is to encourage aliyah from around the world, with a special emphasis on bringing the remaining 7,500 members of the Falash Mura community in Ethiopia to Israel.

“We will end the camps in Ethiopia, we will bring those waiting in Ethiopia [to Israel],” Tamano-Shata told the committee. “This needs to be a first-level national priority.”

“This is an injustice that screams to the heavens. I get letters every day on this. It’s not Jewish to divide parents from children. It’s not just a question of who is Jewish and who is not,” she added.

Over the years, tens of thousands of Ethiopian Jews immigrated to Israel under trying circumstances and several thousand died in the attempt. However, the Falash Mura were left behind and some have been living in poverty and deprivation for more than 20 years.

The term “Falash Mura” refers to Ethiopians who claim to have been members of Beta Israel, the long-established Jewish community of Ethiopia, but whose ancestors were converted to Christianity either forcibly or voluntarily by missionaries in the 19th and 20th centuries. It applies as well to members of Beta Israel who stopped practicing Judaism.

The piece-meal immigration of the Falash Mura has resulted in many families being split apart . Many of those still waiting in Ethiopia have parents, children and siblings in Israel despite repeated promises by the government to resolve the situation.

A 2015 government resolution to bring the Falash Mura to Israel by 2020 resulted in only 2,200 getting to Israel while thousands more still wait in Ethiopia.