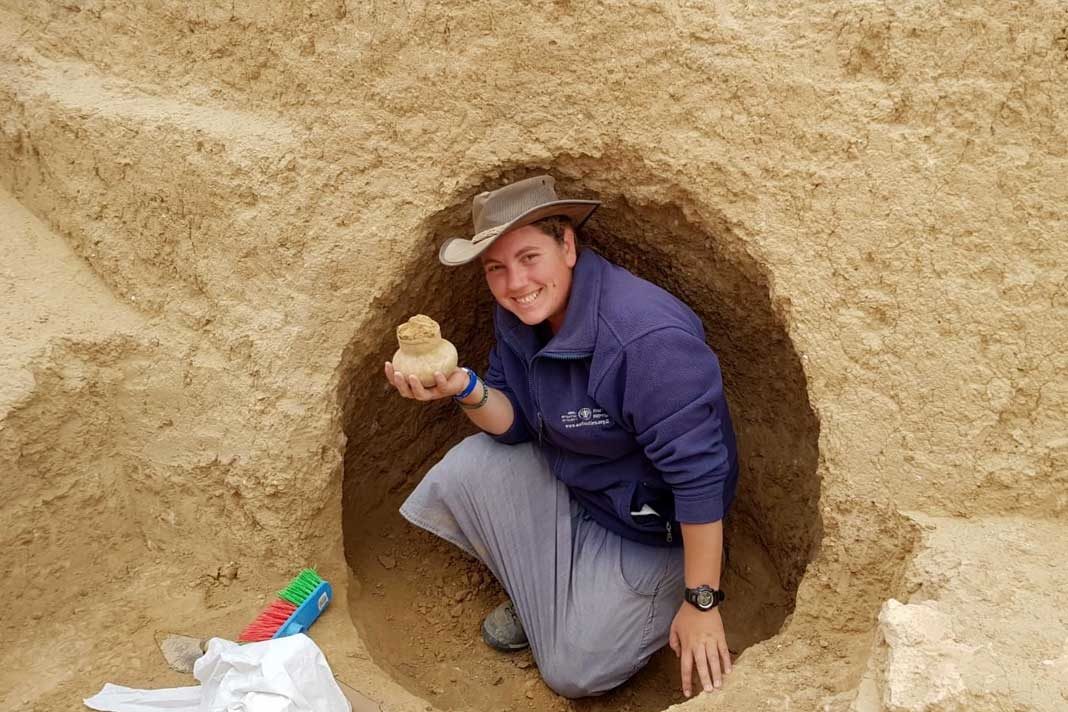 For the first time, Israeli archaeologists have uncovered the remains of a Second Temple period Jewish settlement in the city of Beersheva.

The excavations were part of a plan to facilitate a new neighborhood in the city. However, Israeli researchers inadvertently uncovered the remains of an ancient neighborhood that was once bustling with ancient Jewish life.

The site is dated from the 1st century AD until the Bar-Kokhba Revolt against the Roman Empire in 135 AD. It is located along the southern border of the ancient kingdom of Judah.

Researchers found a shard of an oil lamp decorated with a nine-branch menorah, which is one of the earliest depictions of the menorah ever to be discovered.

“Remains of the settlement cover an area of c. 2 dunams and include several structures and installations, such as the foundations of a large watchtower, baking facilities, ancient trash pits and an underground system that was probably used as a Jewish ritual bath (mikveh),” explained Dr. Peter Fabian of  the Ben-Gurion University in the Negev and Dr. Daniel Varga  of the Israel Antiquities Authority.

“Signs of a conflagration discovered in some of the structures evince a crisis that the settlement experienced, probably that of the First Jewish Revolt,” they added. That revolt took place in 70 AD.

Researchers are especially excited about the ancient menorah found on the oil lamp shard.

“This is probably one of the earliest artistic depictions of a nine-branched menorah yet discovered,” Dr. Vargas said.

Archaeologists also found dozens of bronze coins that were minted by the Roman Empire.

Beersheva is mentioned in the Bible several times in connection with the Hebrew Patriarchs Abraham and Isaac.

In Genesis 21, the city was founded by Abraham and Abimelech after the two settled their differences over a well of water and formed a covenant together. The name Beersheva means “Well of Seven” or “Well of the Oath.”

The Bible says Isaac built an altar in Beersheba and Jacob had a dream about a stairway to heaven after leaving the city.

Later, the prophet Elijah took refuge in Beersheva after Jezebel ordered his execution.