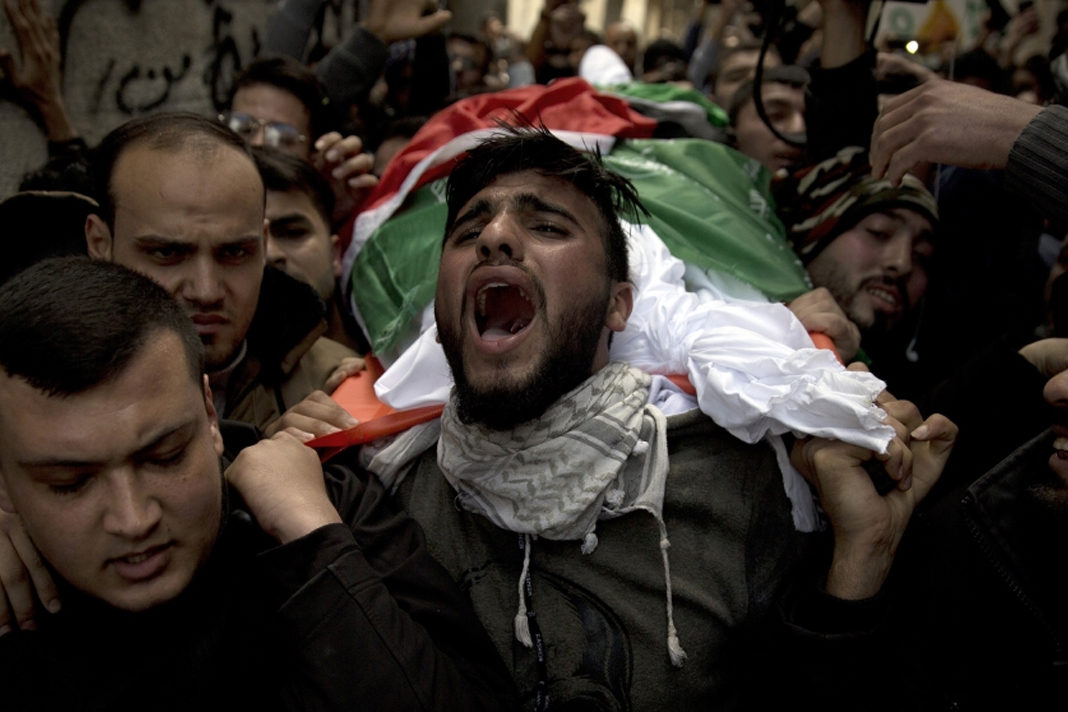 Palestinian leadership struck a new low, insulting Christians by claiming that the founder of their religion, who was a Jew living in Judea, was the “first Islamic martyr,” a contention that is historically impossible.

According to the Islamic tradition, which the Palestinian Authority has repeated many times to its people, among the rewards that the Islamic Martyr receives in Islam’s paradise are 72 dark-eyed virgins. Whereas claiming that Jesus who was a Judean Jew was a Palestinian is nonsensical for believing Christians, saying he is now in Islamic Paradise with 72 virgins is seen by many as defamation.

Tawfiq Tirawi, senior Palestinian leader and Fatah Central Committee member posted on his Facebook page: “This is blessed Christmas, The birthday of our lord Jesus the Messiah, the first Palestinian and the first Shahid (Islamic Martyr).”

Others claiming Jesus include Laila Ghannam, District Governor of Ramallah, who wrote in the official PA daily Al-Hayat Al-Jadida on Christmas eve, “The entire Palestinian people celebrates Christmas because we are proud of Jesus being Palestinian.”

It should be noted that the expression by Tirawi “our lord Jesus” is not an indication of Palestinian acceptance of the principles of Christianity.

According to Islamic tradition, as explained in the following quote by the top PA religious figure, PA Mufti Muhammad Hussein, Jesus is said to have been a Muslim who preached Islam: “We’re talking about an ongoing chain [of prophets of the Islam], from Adam to Muhammad. It’s an ongoing chain, representing the call for monotheism, and the mission of Islam… The prophets were all of the same religion [Islam]… Jesus was born in this land. He lived in this land. It is known that he was born in Bethlehem… He also lived in Nazereth, moved to Jerusalem. So he was a Palestinian par excellence… We respect Jesus, we believe in him [as a Muslim prophet], just as we believe in the prophet Muhammad.”

Finally, the PA, seeing themselves as part of Jesus’ nation, is now saying that in addition to it being a religious holiday for Christians, Christmas is also a national holiday for Palestinians.

PA leader Mahmoud Abbas himself said Christmas is a Palestinian national holiday on official PA TV News: “Christmas is a national-religious holiday and not just a religious one. For all of us Palestinians, this holiday is ours. Therefore we all celebrate it. The Palestinian leadership is going to church to be present for [Christmas] Mass… It is our obligation to do this, because it – as I told you – is a religious holiday for our [Christian] people, and you are our people, and it is [also] a national holiday for us all.”

Mahmoud Abbas’ Fatah in a headline on its official Facebook page likewise declared: “Christmas is a Palestinian holiday… There is a special significance to the Christmas celebrations in Palestine, since it has clearly become a national holiday in which all of our people participate, starting from [PA] President of Palestine [Mahmoud Abbas] and down to the last of the children.”

As documented many times by Palestinian Media Watch, the Palestinian Authority rewrites history, both ancient and recent, according to its political and internal needs. As a people without a history who are attempting to create a national identity, teaching Palestinians that Jesus was a Palestinian is an attempt to trick primarily their own people into believing that they have not only an ancient history but a glorious national identity.