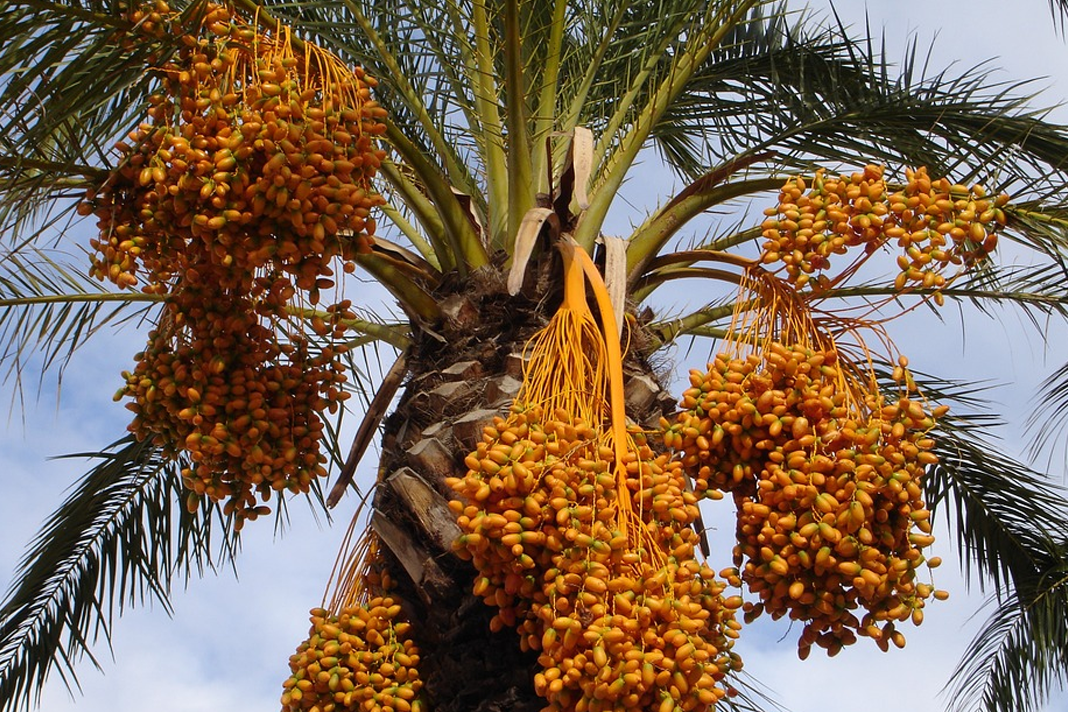 The Judean Date Palm symbolized ancient Judah and was mentioned in the Bible but when the nation it symbolized was conquered and sent into exile in 70 AD, cultivation of dates in the region began to decline.

The species of palm was thought to be extinct for 800 years but hundreds of seeds of Phoenix dactylifera were collected from Judean desert archaeological sites such as an ancient palace-fortress built by King Herod and caves located in southern Israel at Masada, Qumran, Wadi Makukh, and Wadi Kelt, located in the Judean desert between the Judean Hills and the Dead Sea.

Hundreds of seeds were collected between 1963 and 1991. Sarah Sallon, director of the Louis L. Borick Natural Medicine Research Center in Hadassah Medical Center in Jerusalem, led a team that included Elaine Solowey, and Nathalie Chabrillange. They selected 34 seeds they thought were the most viable. One was separated out as a control.

The remaining 33 were carefully soaked in water and fertilizer to encourage germination. After this process, one seed was found to be damaged and was subsequently discarded. The remaining 32 seeds were planted in a quarantined site at the Arava Institute for Environmental Studies in Kibbutz Ketura in southern Israel.

Of these, six of the seeds successfully sprouted. They were given the names Jonah, Uriel, Boaz, Judith, Hannah, and Adam.

A previous experiment with the seeds produced a single male plant that sprouted in 2005 which the researchers named Methuselah. Five years ago, National Geographic reported that Methuselah was over ten-feet tall and had been used to pollinate a wild modern female date palm. Scientists determined that Methuselah was of the Hayany breed originally from Egypt.

Hannah grew for six years, then flowered. Ms. Solowey chose Methuselah to be the father, and she moved pollen from him onto Hannah’s flowers. Recently, Hannah’s fruit was harvested for the first time. The skin of the fruit is light brown and it is reported to be less sweet, and more fibrous and chewy than the Medjool date commonly grown in Israel today.

It is interesting to note that the Ezekiel prophesied that in the Messianic era, a river would flow from Jerusalem to the Dead Sea, revitalizing the saline water, transforming it into a thriving ecosystem. As the researchers hoped would be the case with their revived date palms, plants irrigated from the Jerusalem waters would be uniquely vibrant and grant special medicinal qualities.

All kinds of trees for food will grow up on both banks of the stream. Their leaves will not wither nor their fruit fail; they will yield new fruit every month, because the water for them flows from the Temple. Their fruit will serve for food and their leaves for healing.” Ezekiel 47:12

The researchers discovered that the seeds were up to 30 percent larger than date seeds today, which probably meant the fruit was larger, too.

According to Jewish tradition, the Children of Israel came out of Egypt with date palm saplings that were eventually planted in the land of Israel.

And they came to Elim, where there were twelve springs of water and seventy palm trees; and they encamped there beside the water. Exodus 15:27

Date palms generally thrive in hot arid regions and in Biblical times, were cultivated in the Jordan Valley and Dead Sea region. Cultivation of dates in the region almost disappeared after the fourteenth century from a combination of climate change and infrastructure decay but has been revived in modern times.

Dates were one of the seven species listed as special to the land of Israel, described in the bible as ‘honey.’

A land of wheat and barley, of vines, figs, and pomegranates, a land of olive trees and honey; Deuteronomy 8:8

The fruits from these seven species were the only acceptable plant offerings in the Temple and their first fruits were brought to be eaten in Jerusalem.