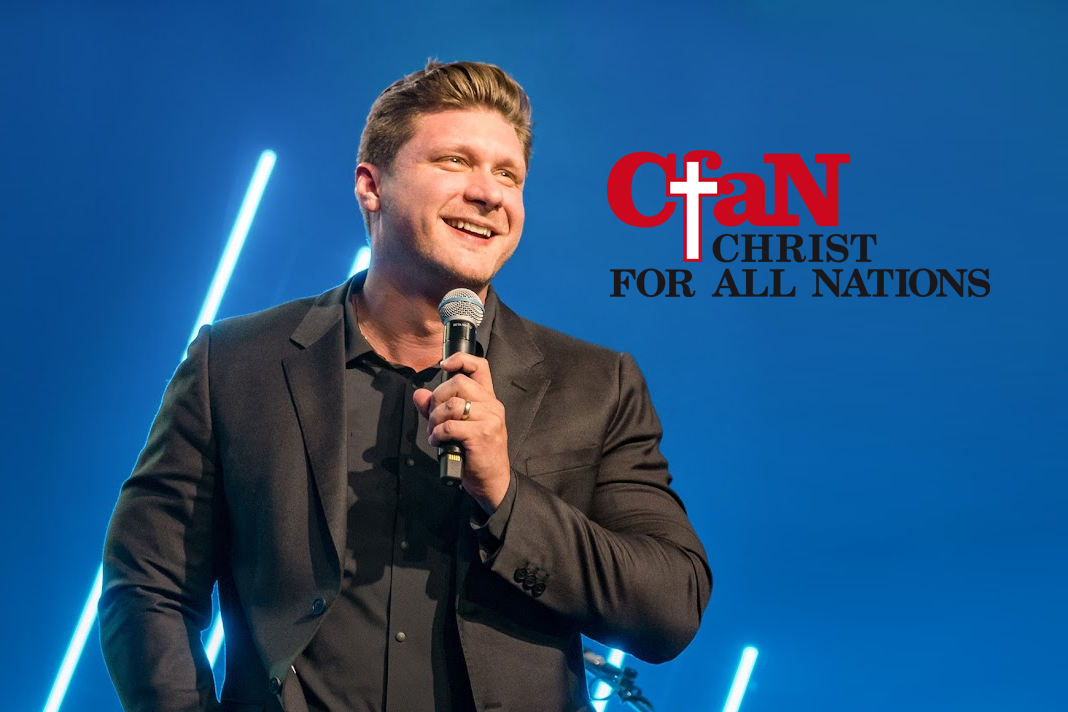 Written by: Christ For All Nations
Article source: www.charismanews.com

Christ for all Nations is perhaps best known for the massive evangelism campaigns it hosts around the world, but most notably across the continent of Africa. The ministry has documented more than 80 million individual decisions to follow Christ at these events.

In light of that long-standing reputation, it came as a surprise to many when evangelist Daniel Kolenda announced in January of 2021 that the ministry planned to launch a local church in Orlando, Florida, where their headquarters has been based for more than 20 years.

The service was also marked by important contributions from CfaN Vice President Peter Vandenberg, Executive Pastor Russell Benson, Associate Pastor Eric Gilmour and numerous production pieces from the Nations Church creative team. Guests were also greeted with a surprise gift, the first-ever Nations Church worship album—an incredible collection of songs from the Nations Church worship team. But the highlight of the morning was Kolenda’s sermon, which shone simultaneously as an impassioned reminder of the fledgling church’s deep roots in an abiding commitment to evangelism and a vivid presentation of the leadership’s vision to move forward as a house of authentic worship, biblical theology and relational discipleship.

Kolenda noted that a few online critics had bemoaned his decision to start a church for fear that CfaN would refocus its efforts away from its monumental evangelism work and on to a local church. However, he called such speculation “hogwash,” noting, “We’re not leaving the nations—in fact, we’re increasing from seven gospel crusades per year to 43!” He went on to elaborate, “This church is on our hearts because we can’t see what God is doing in other cities around the world and watch our own city go to hell. We’re not interested in people who are already in a local church. We want to win the people who don’t know Jesus and provide them with a place where they can grow.”

True to that vision, Nations Church’s evangelism director, Scott McNamara, shared from the stage that his team, a mix of volunteer congregants and CfaN’s Evangelism Bootcamp students, has already seen well over a thousand salvations resulting from their active outreach on the streets of Orlando. He shared the story of one such recent convert, a young woman named Sandra, who was living in her car when the Nations Church team shared the gospel with her.

She gave her life to the Lord right there on the sidewalk, and the community has been meeting her needs as she gets back on her feet. As you can imagine, the audience erupted in cheers and applause when McNamara asked Sandra to stand and wave to her new church family. Sandra is one example of many who have not only found Christ in the pre-launch phase of Nations Church but are being discipled in new believers’ small groups and attending weekly services. In fact, a whole section of the auditorium in their weekly pre-launch “Worship and Intercession Services” has been filled with new converts, saved in the city and now part of the church.

Evangelist Levi Lutz, director of the CfaN Evangelism Bootcamp, also shared the global vision for multiplication and collaboration. Working with the evangelists that have graduated from the evangelism program, CfaN has already documented over 900,500 salvations in the first half of 2021 alone! Right now, 100 crusade evangelists are undergoing the three-month training to join that elite team. Lutz invited others with the same burning heart for evangelism in the nations to apply for the next Evangelism Bootcamp.

The local and global vision of Nations Church and Christ for all Nations is staggering but not far-fetched. What they have already seen in the past gives them great hope for the future. As Kolenda said, “It’s not just fantasy—because we’ve seen it happen there, we have faith that it will happen here.”

Thus, the room was amazed, but not surprised, when Kolenda announced that “even though it’s only our first official day, we’re already building a launch team to plant a second location, North Campus, that will open in February of 2022.” This is already a necessity because their two Sunday morning services have reached capacity.