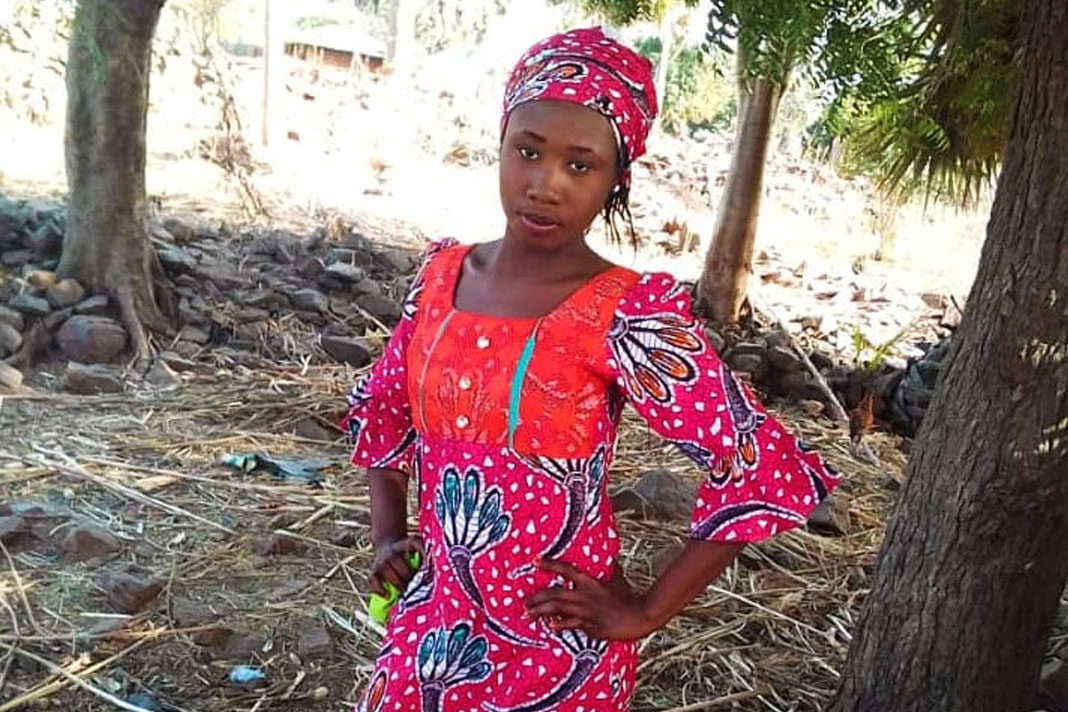 The mother of the Christian girl detained by Boko Haram for over seven months has called on Nigerian President Muhammadu Buhari to secure her daughter’s release.

Leah Sharibu, 15, was one of 110 girls kidnapped on 19 February 2018 from a school in Nigeria’s north-eastern town of Dapchi, in Yobe state.

Within a month, all the others had been released, but not Leah – the only Christian – as she refused to renounce her faith.

On 16 September, Islamic State West African Province (ISWAP), a breakaway faction of Boko Haram, announced that it had killed a Red Cross worker, Saifura Hussaini Ahmed Khorsa, and threatened to kill three other hostages, including Leah.

Her mother, Rebecca, travelled to Jos, capital of Plateau state, over the weekend.

At a press conference on 29 September, she recalled that Leah’s kidnappers had issued an ultimatum stating that Leah was next in line to be killed:

“As we are approaching October, I am pleading with the federal government, and the president, to hear my plea and the plea of Leah’s dad, to secure the release of our daughter,” she said.

She also denied reports alleging that she had filed a lawsuit against the Nigerian government, demanding N500m (more than $1m) in compensation for her daughter’s kidnap.

A copy of the suit, dated 19 September, viewed by Nigeria’s Punch newspaper among other media outlets, was filed at the Federal High Court of Nigeria in Lagos by a US-based non-governmental organisation, and made available to media in Jos on 25 September.

In response to allegations that she had been behind it, Mrs Sharibu said she and her husband knew nothing about it. “I am not after money; all I want is my daughter to be released,” she said.

Saturday’s press conference was convened by Rev. Gideon Para-Mallam, the Regional Secretary of IFES (International Fellowship of Evangelical Students), who is at the heart of peace efforts between Christians and Muslims in Nigeria’s Middle Belt as founder of Citizens Monitoring Group (CMG).

Leah’s father, Nathan, who was not able to travel to Jos due to his work, spoke to media by phone.

He also reiterated his wife’s call to the Nigerian government and the international community to secure Leah’s release.

He said that “since the kidnapping of our girl, the family has been very sad”, adding that her brother Donald, 13, “who used to play, and do everything together with her, has been very affected by her absence, and he kept asking: ‘When Leah is going to come back?’

“As a father, I have to encourage him, saying: ‘By God’s grace, Leah can come back home anytime’.” He added that he did not know whether the government and insurgents had been in negotiations.

Yesterday, for the first time since Leah’s capture, President Buhari spoke to her mother. His tweet read: “Today I spoke with Mrs Rebecca Sharibu, to reiterate our determination to bring her daughter Leah back home safely. The thoughts & prayers of all Nigerians are with the Sharibu family, & the families of all those still in captivity. We will do everything we can to bring them back.”

It’s the first direct contact with any government official since the kidnap over seven months ago. In May, Leah’s father accused the government of abandoning the family:

“I have not received any support from the government but from the community and church members, I thank God because they have been encouraging me, lifting me through their prayers, visitation and words of advice,” Nathan Sharibu said then, on the girl’s 15th birthday. “I have not heard anything from federal, state and local governments since my daughter was abducted. I am even confused now.”

Advocacy group #BringBackOurGirls also accused the government of abandoning Leah’s family and community and refusing to provide Nigerians with updates on efforts to secure her release. 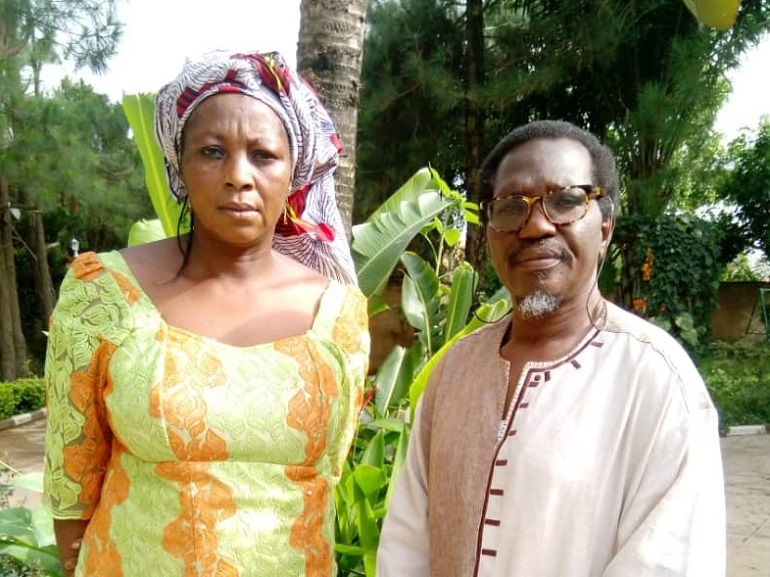 In recent months, ISWAP has issued a number of messages aimed at putting pressure on Nigerian authorities to pay ransoms for the release of Leah and the kidnapped aid workers, without success.

In a video message posted last month and seen by the Nigerian online magazine The Cable, the insurgents claimed they had contacted the government over the captives but did not get any response.

“So, here is a message of blood,” said a spokesman of the group, announcing the killing of Red Cross worker Khorsa. “The other nurse and midwife will be executed in similar manner in one month, including Leah Sharibu,” he added.

The two others held with Leah are Hauwa Mohammed Liman, a midwife working for the Red Cross, and Alice Loksha Ngaddah, a Unicef nurse and mother of two (a boy aged five and a girl aged two).

In an audio message in August, and obtained by the Nigerian journalist Ahmad Salkida, who has unique access to the radical Islamist group, the three aid workers called on the president:

“We were there for the vulnerable; now we are vulnerable … For the sake of God, for the sake of Allah, President Muhammadu Buhari, come and help us. Come and vindicate us from this captivity.”

Also in August, Leah Sharibu, in a separate 35-second audio recording, asked Nigeria’s president for help for her family and herself:

“I also plead to the members of the public to help my mother, my father, my younger brother and relatives. Kindly help me out of my predicament. I am begging you to treat me with compassion. I am calling on the government, particularly the president, to pity me and get me out of this serious situation. Thank you,” she said.