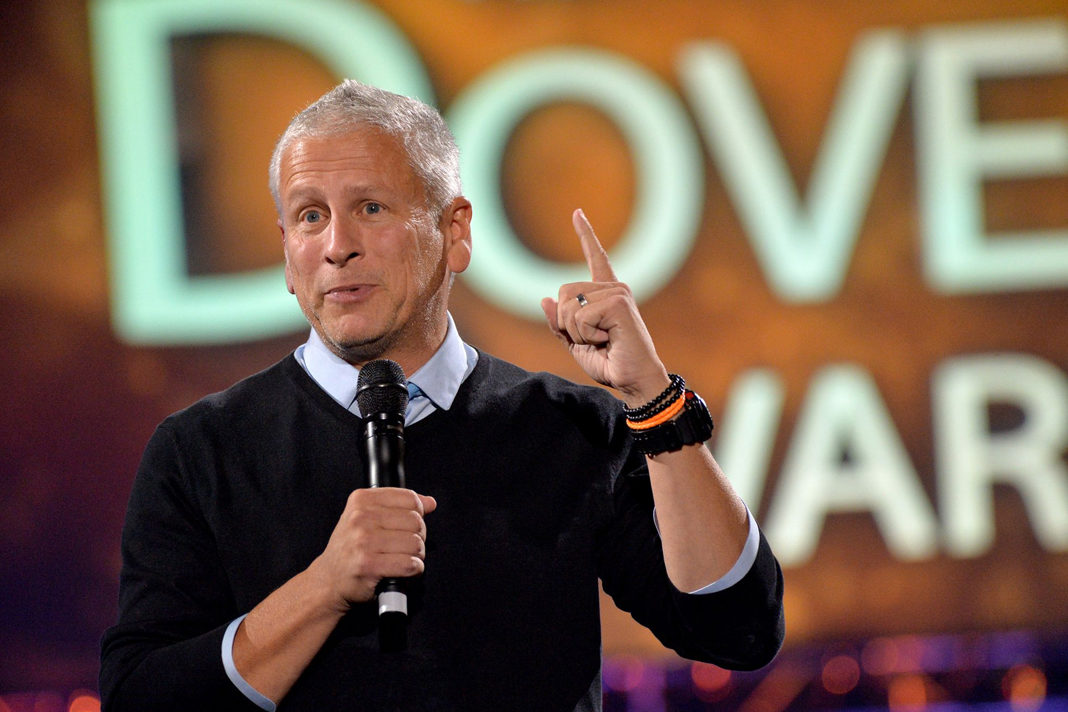 Louie Giglio has spent more than 20 years listening to stories of heartbreak and healing as the founding pastor of Passion City Church in Atlanta, and he’s found a common thread in so many of the stories he and his wife, Shelley, have heard: broken families.

In an era when the complete family unit — a mother and a father — is increasingly absent, the 60-year-old author and preacher is calling people to remember the “beauty” of family.

Giglio, author of the new book “Not Forsaken: Finding Freedom as Sons and Daughters of a Perfect Father,” told Faithwire there’s nothing quite like the bond between a mother and a father, though he said moms and dads who are single parents are “heroes.”

// l i s t e n n o w // I loved getting to read (slightly preach 😜) my new book, #NotForsaken. Are you one of those who prefers hearing your books vs. reading them? The BEST news is you can start listening RIGHT NOW by pre-ordering the book today. Go to the link in my profile, upload your receipt and we’ll send you the audio book right away. Be encouraged, you are not forsaken!

And the best way to know that’s the case, Giglio contended, is by looking at “how under attack that family unit is” in our culture.

“Our enemy, he knows this,” the pastor said, turning back toward the subject of his book, those seeking healing from the brokenness or absence of their own earthly fathers. “It’s no coincidence that fatherhood is under fire. And that families are under fire.”

For those who have had the blessing of growing up with a mother and a father in their lives, Giglio added, “We look up and we say, ‘Man, it was my mom’s contribution and my dad’s — it was their partnership — that gave me the very best chance to step up and believe I could be the person that God has created me to be.’”

According to 2017 data from the U.S. Census Bureau, more than one in four children — 19.7 million kids — live without a father in the home. For a lot of children, Giglio said, that absence “creates a lack of self-confidence” as well as “a sense of insecurity and a sense of aimlessness.”

The research backs up what Giglio is saying. Fatherless families are 44 percent more likely to raise children in poverty and 90 percent of all runaway kids are fatherless. In addition, fatherless children are nine times more likely to drop out of school and are less likely to pursue academic or professional qualifications as adults.

So what?
For many kids without dads and moms without fathering partners, there aren’t a lot of options. So what can the church do to help fill that void?

All too often, Giglio said, the Christian community is quick to move on from the unresolved grief that accompanies an absent parent, whether it be a mother or a father who died or who stepped away from their child’s life for a multitude of reasons.

“One of the things the church can do is pause and really embrace the magnitude of the consequences, the collateral [damage] in the lives of people because of broken relationships with their fathers,” he said.

The preacher went on to say Christians can do a better job of communicating that God understands the “sense of loss” felt by those who grew up without a father and appreciate the fact healing “doesn’t happen in an instant.”

Holistically, Giglio explained, Christians have a responsibility to call people “up and out” by encouraging them in the midst of their grief and reminding them of the perfect Heavenly Father.