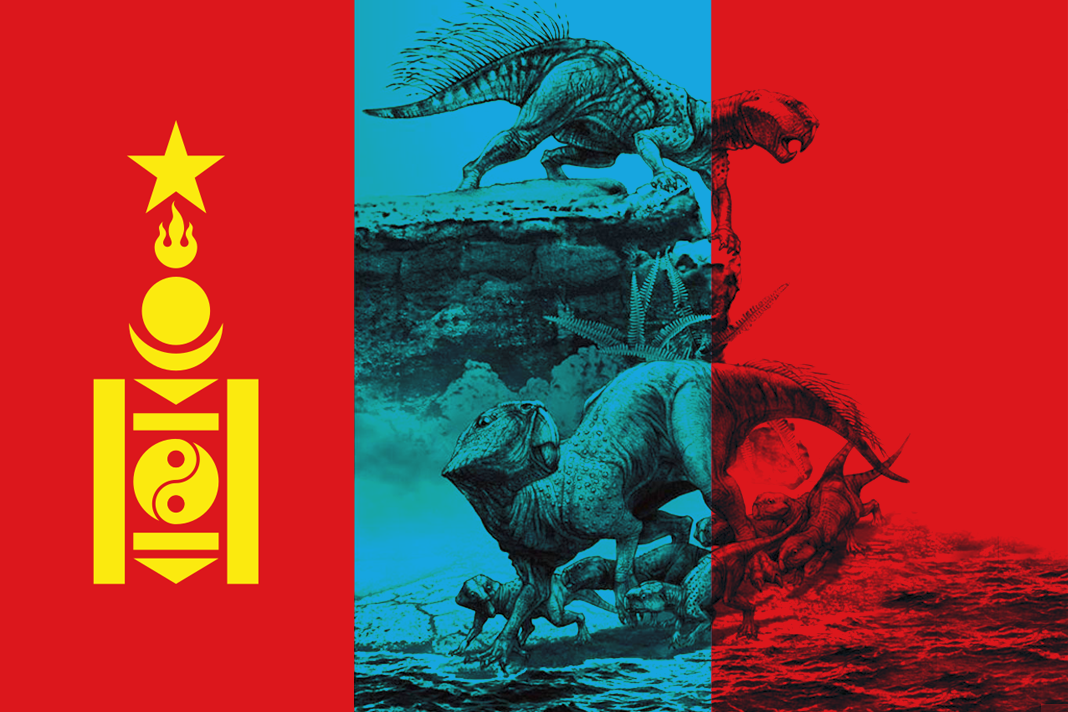 How do you fossilize 187 parrot-beaked dinosaurs?

Bury them quickly, of course.

Of course. And that creates a puzzle for the paleontologists who recently excavated a fossil site in Mongolia and reported 187 fossils of Psittacosaurus.1 It has the name ‘parrot lizard’ because its muzzle resembles a parrot’s beak. All found within an area of several square kilometers, the paleontologists are convinced there are many more fossils to be found at the site.

Jack Horner, the curator of paleontology at the Museum of the Rockies at Montana State University, has brought back over 80 skeletons from the site, which is a two days’ drive from Ulan Bator, the capital.

… the global flood is the logical explanation for why they died

The paleontologists have been puzzling about why the dinosaurs died. But that is only part of the story. There is a far more important question that needs to be answered.

According to the Discovery News report of Horner’s dinosaur find, ‘It is possible the animals died at once from poisoning, disease or some kind of natural disaster.’

Poisoning? How feasible is the idea that 187 dinosaurs poisoned themselves all at the same time. That sort of thing happens to animals regularly—not.

But even if they were all poisoned together, that does not answer the other tricky question. How was it that all those dinosaurs were fossilized together—in sediment laid down by water? For how many years did the dead animals lie around the countryside waiting to be gradually covered by sediment?

The Psittacosaurus was not the largest dinosaur but it was not tiny either. It grew up to 2 metres (6.5 feet) long and weighed more than 30 kilograms (66 pounds). At that size it would take a lot of sediment to bury them all quickly so as to limit decay.

Disease? Now, that is a possibility. Microbes could conceivably kill 187 dinosaurs. But again, that does not explain how they were all buried. Without rapid burial of their remains then they would rot away until there was nothing left. No, the disease theory does not explain the dinosaur graveyard.

Natural disaster? That could be a better idea. I followed the link in the article to another item on the Discovery website and found a story about an asteroid impact.2

‘Around 65 million years ago, a six-mile piece crunched into Earth, unleashing a firestorm and kicking up clouds of dust that filtered out sunlight.’3

The asteroid gives us fire and dust which could definitely kill the dinosaurs, but fire and dust would not explain their burial. In fact, as I read the article, I discovered that fire and dust are not even considered the primary cause of death:

‘In this enduring winter, much vegetation was wiped out and the species that depended on them also became extinct. Only those animals that could cope with the new challenge, or exploit an environmental niche, survived.’

So, it was starvation. In this scenario all 187 dinosaurs died because the vegetation became extinct. But once again, starvation does not explain how they were all buried, and why they starved in the same place.

It seems that this dinosaur graveyard has more evidence to explain.

And while we are at it, we might like to think about the red blood cells and soft bone tissue that Mary Schweitzer (a former student of Jack Horner) found inside some T. Rex leg bones.4 How could those soft organic materials be preserved for 65 million years and still look fresh today? (See Schweitzer’s dangerous discovery.)

Perhaps the evidence is pointing to a different answer.

When you think about it, there is a simple explanation for the demise of the dinosaurs, and their rapid burial—Noah’s Flood. If we just accept the eyewitness account of the un-natural disaster that engulfed the globe, we can see that it elegantly explains what wiped them out—provided we throw out the million-year dates.

To me the global flood is the logical explanation for why they died. It also explains how they were buried quickly in strata obviously laid down by fast flowing water. And it makes more sense of finding soft tissue and blood cells within their bones.

If we believe the Bible it is all too easy.

But if we don’t believe the Bible, that it is recording real history, we have to invent something else, like poisoning, disease or asteroids. And then we have to wrestle with all the problems those ideas create, especially the big problem that never seems to be addressed—what buried them all so quickly?