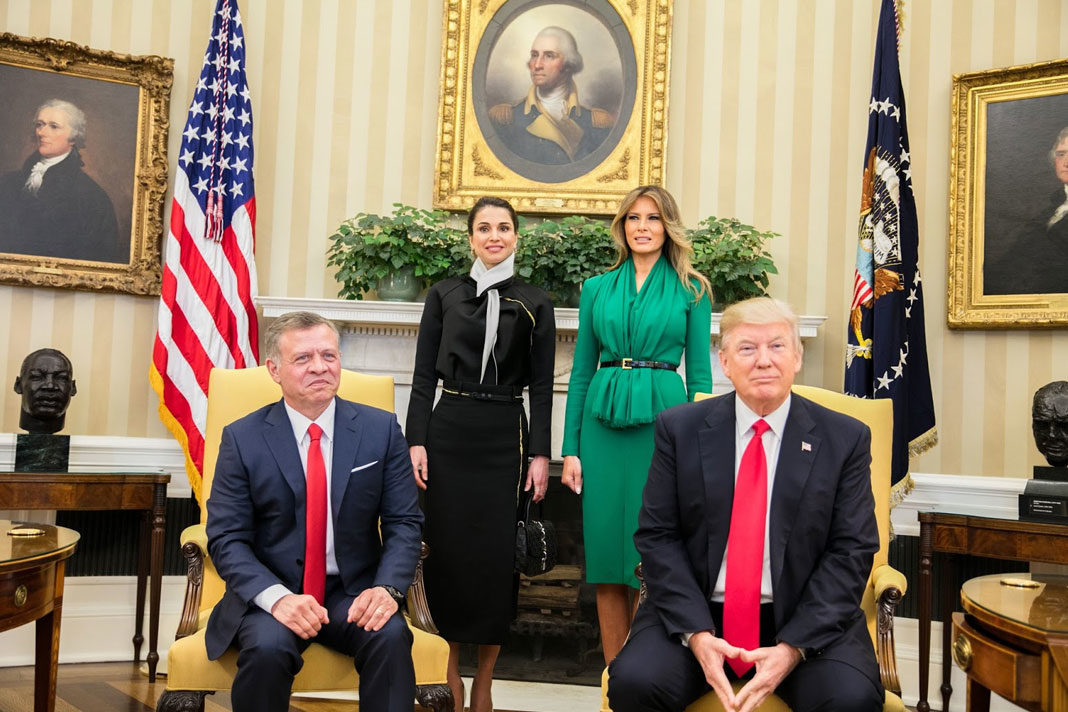 “We have a very good relationship,” Trump said.

Trump and Abdullah are expected to talk about the Middle East peace process and explore a two-state solution to the Israeli-Palestinian conflict.

The White House is expected to present a peace deal this summer.

In the meantime, Jared Kushner and US envoy Jason Greenblatt met with Israeli Prime Minister Benjamin Netanyahu over the weekend.

“We discussed the diplomatic process and regional issues, and there was special focus on the situation in Gaza,” Netanyahu said. “I must say that there was absolute support for our positions and our actions to ensure the security of the State of Israel and its citizens in the area adjacent to the Gaza Strip, which was expressed publicly by the American administration’s envoys.”

Kushner and Greenlbatt met with King Abdullah II last week when they “discussed increasing cooperation between the United States and Jordan, regional issues, the humanitarian crisis in Gaza, and the Trump Administrations efforts to facilitate peace between the Israelis and Palestinians,” the White House said.