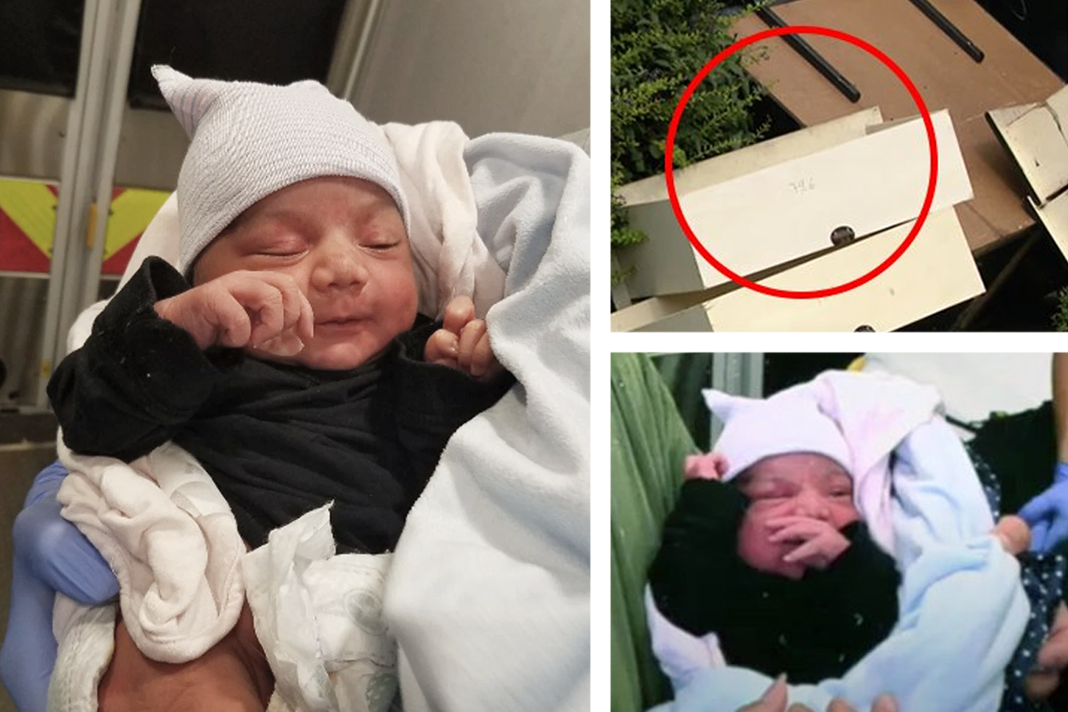 A newborn narrowly escaped death when an unnamed woman who was searching the trash for recyclable material in Chicago found him. One of the items left in the trash was a dresser — but as the woman rummaged through the drawers, she made the horrifying discovery: a newborn baby, still alive, had been left there to die. It was 8:00 in the morning, on the day when the trash would have been taken out by waste removal services.

Carlos Bracero lives in the neighborhood where the baby was found and was one of multiple witnesses who responded after the woman discovered the baby. “Thank God that the baby was still alive breathing, healthy,” he said in reaction to the discovery. “That’s good news.”

Meanwhile, the woman — who reportedly felt protective of the baby — held him until paramedics arrived.

Matthew Lang, one of the firefighters who responded to the emergency, spoke to CBS 2 about rescuing the baby. “I look out the window, and I just see this woman, hysterical, waving her arms,” he said, explaining he originally expected the worst. “We don’t know who put the baby there, but whoever did left a rosary. My mind went to ease as soon as I saw that baby moving and crying. It was almost surreal.”

Thankfully, the baby was responding well, and Lang noted that he was, at most, only a couple of days old. “He still had his umbilical cord attached, about 12 or 13 inches, that we had to take care of,” he said. “I carried him into the ambulance when they arrived, and I didn’t want to let him go. He did open his eyes and looked around the ambulance, smiled a little bit, holding onto our fingers. He looked me right in the eye. Those big brown eyes, I’ll never forget it.”

The baby was taken to Lurie Children’s Hospital, where doctors are treating him. But the experience continued to haunt Lang, who posted on Facebook about it, urging people to responsibly surrender newborns rather than dump them in the trash. The post quickly went viral. “We had people from as far as Mississippi that wanted information on how to adopt this baby,” he said. “The woman on scene wanted to adopt that baby. It resolidifies my faith in humanity.”

In 2001, Illinois’ “Safe Haven” law was put into place, allowing any parent to safely surrender a newborn 30 days old or younger to any hospital, police station, fire station, or emergency medical facility. The baby can be left with personnel at the facility anonymously, without any legal repercussions.

Date published: 31/08/2021
Feature image: Police have released a photo of the baby in the hope of the image leading to his identification. Credit – Chicago Police Department