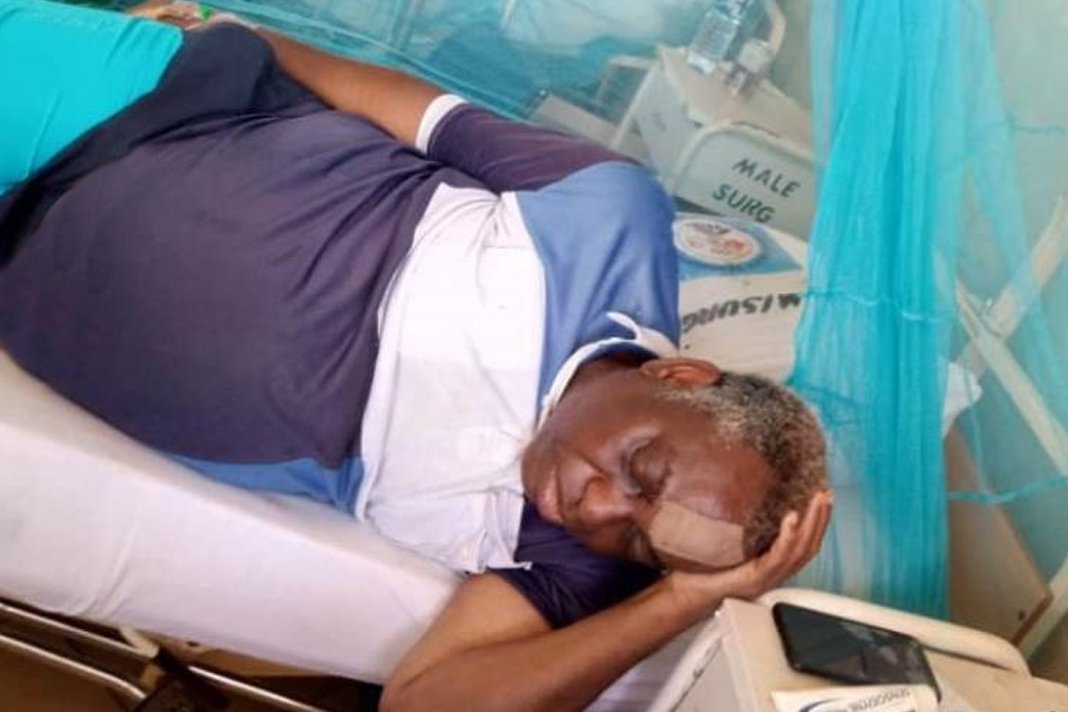 Three heavily armed Fulani militants broke into a Christian high school in Plateau State, Nigeria and shot its headmaster, Pastor Bayo Famonure, his wife, and two sons as they took part in evening prayers on 5 May.

Carrying AK47s and machetes, the gunmen stormed the family’s quarters at Messiah College Mission, Gana Ropp, and demanded money from the pastor. When he replied there was no money, they shot him in the head and leg, and left him for dead. His wife, Naomi, was shot in the back, and their sons, Adua and Victor, were shot in the feet. The gunmen then fled.

The family was taken to hospital where Naomi underwent surgery to remove a bullet in her back, which had missed her spinal cord and other vital organs by inches.

The pastor said in a text to friends that the family’s escape was a “miracle”. “Yes, [I was] shot in the head but bullet didn’t enter. [I was] shot in my feet but missed the bones. Just praise God,” he wrote.

The injured pastor and his wife are well known for their work at the school, where Naomi is director of educational services. Barnabas Fund has supported Agape Mission, run by the couple, which provides education for Christian children displaced by militant violence, many of them orphans.

The Mission, with Barnabas’ help, also worked to rebuild 42 houses and a church that were destroyed in a brutal Fulani militant attack on villages in Gana Ropp in 2018, that left more than 50 dead including a pastor and his family who were burnt to death in their home.

This attack is the latest in a series of assaults on Christian communities in Plateau and Kaduna states by Fulani militants. On 3 May, four members of the Evangelical Church Winning All (ECWA) were ambushed and killed as they travelled from Kwell village to Miango Town, in Plateau State. At least ten Christians were killed and twelve taken hostage in Kaduna State on 23 and 25 April.

From Barnabas Fund contacts and other sources

Date published: 17/06/2020
Feature image: Pastor Bayo Famonure was treated in hospital for his wounds after being shot in the head and leg by Fulani militants [Image credit: CSW]