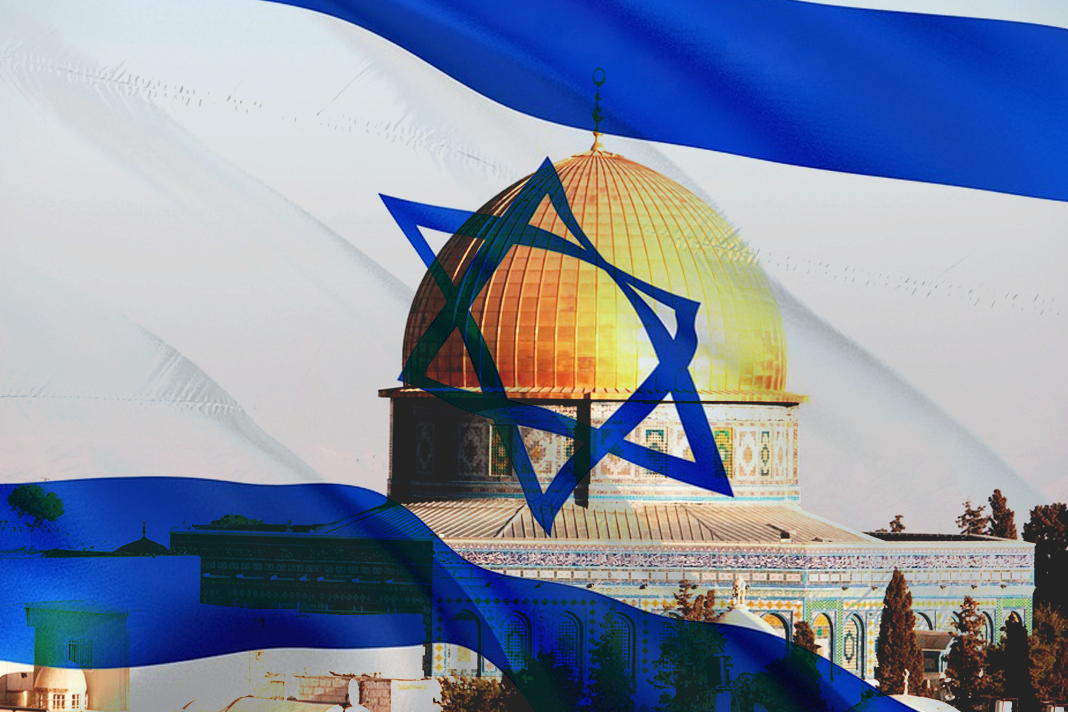 Beyneynu, a watchdog group based in Israel, released a video alleging that Return Ministries is active on the grounds of the Jewish Agency-run Bikat Kinarot campus in northern Israel.

The Jewish Agency is allowing Christian missionary groups to run programs for vulnerable Jewish populations, including new immigrants and lone soldiers, says an NGO dedicated to monitoring missionary activity in the Jewish state.

Beyneynu, a watchdog group based in Israel, released a video alleging that Return Ministries, a Canadian Christian organization, is active on the grounds of the Jewish Agency-run Bikat Kinarot campus in northern Israel.

The Aliyah Return Center’s site explains that the organization is “providing accommodation” for new arrivals to Israel, and “connecting them with community.”

‘Made in Israel’: Bahrain deals BDS a blow, refuses special labels for Judea and Samaria goods

“Since our grand opening, only a few years ago, we have helped thousands of Jewish immigrants and Israelis in need, settle and grow roots in the land of Israel, alongside the Israeli Ministry of Absorption and the Jewish Agency…” the site reads.

“We are about to complete the 2 new Aliyah residence buildings!”

In the video released by Beyneynu, Chaim Malespin, the director of the Aliyah Return Center, gave a tour of the campus. Passing by accommodations for lone soldiers, he remarked, “They don’t have a home, they don’t have a family here…”

Malespin, who identifies himself as a Messianic Jew, is the son-in-law of evangelist Dean Bye, Return Ministries’ founder.

In a publicly available video, Bye is shown standing in a field in northern Israel as he reads a passage from the New Testament that emphasizes the importance of proselytizing.

“Therefore, go and make disciples of all nations, baptizing them in the name of the Father and of the Son and the Holy Spirit,” he read.

The Return Ministries site states that the organization works in tandem with the Jewish Agency. “They are actually the ones who send us the immigrants to take care of, and send us the lone soldiers, the agricultural school people,” said Malespin in the video.

Later in the tour, he showed accommodations for new immigrants, implying that the buildings are paid for and managed by Return Ministries.

“Over here are two houses for immigrants to stay, you see? This is [for] families, and unmarried, single people who made Aliyah from Belarus, from Moscow, from many places.”

Malespin continued, talking about his excitement to have religious Christians in such close proximity to Jews.

“Because we’re living with Jewish people there, whether they’re the lone soldiers, or even those that are training for the army,” he said, “those nations [Christians] that are there are getting to live with them, and that interaction is a beautiful thing.”

In the video, Malespin proudly related that “the building right in the center of the whole Aliyah Return Center” is a church.

“It made so much sense, with so many of the normal Israelis, from all different walks of life that are in this place, that if there was a worship center in this place, they’d all get exposed to it,” said another man, who is unnamed, in the video.

“They would be exposed to the presence of the Lord, without anybody having to say anything!”

World Israel News (WIN) spoke with a representative from the Jewish Agency, who denied that Return Ministries is directly involved with providing accommodations or programming for new immigrants and lone soldiers.

The representative said that the language used on the Aliyah Return Center site is inaccurate and does not reflect the reality on the ground.

“Over the last few years, the Jewish Agency has had an agreement with Return Ministries, a Canadian Christian Zionist organization, to provide volunteers for the Kinarot campus within a very clear framework. These volunteers generally assist with maintenance and gardening work on the campus.

“The agreement with Return Ministries…clearly stipulates that neither they nor their volunteers are to have any relationship with the campus participants at Kinarot and are strictly prohibited from engaging in any missionary activity which is prohibited by law and is against the values of the Jewish Agency.”

In an interview with WIN, Bye said the Beynenyu video was “filled with false accusations and innuendos,” adding that the video was “hurtful.”

Bye explained that his organization’s mission is to “comfort the Jewish people, bring them home, and help them settle in” with “no conditions, no hidden agendas.”

When WIN asked Bye if he wanted Jewish people to accept Jesus Christ, he said, “No. What’s important to me is that they connect with their God.”

“Aliyah doesn’t end at Ben Gurion Airport,” he said. “Ultimately, I want them to connect with their God, the one that’s been with them since the Covenant…Comforting the Jewish people, being merciful to them, that’s my responsibility.”

Malespin told WIN that the video was heavily edited and does not reflect the truth of the organization’s work, echoing his father-in-law in calling the video “slanderous.”

Shannon Nuszen, founder of Beyneynu and a former missionary, said, “Of course they deny wanting to convert Jews. That’s a terminology that doesn’t work with proud Jews who would never give up their Jewish identity. Missionaries know that.”

“You’ll hear Chaim Malespin and others use the term ‘restoration’ in regards to fulfilling prophecy…But, ‘restoration’ in Christian terminology means to prepare for the second coming of Jesus, which includes bringing the Jews back to the land – but the second part of that is to bring them to faith in Jesus.”