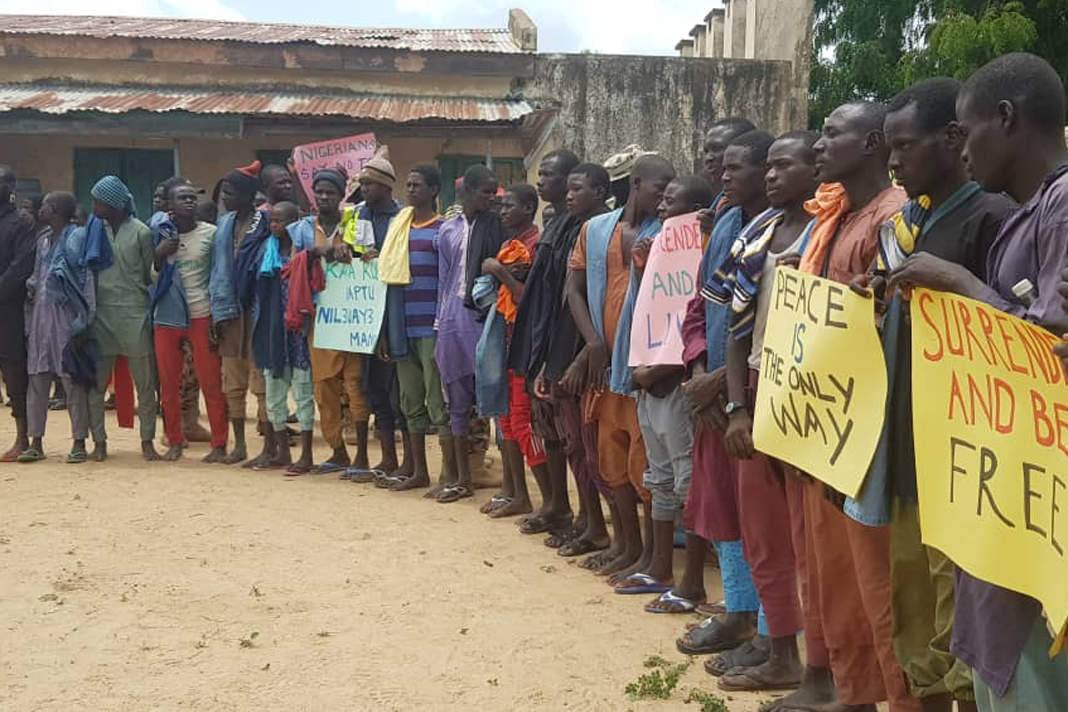 Over 1,000 Boko Haram fighters and their families have surrendered in the last several weeks in Nigeria, Cameroon, and Chad following the death of their leader Abubakar Shekau in May. Among those who have turned themselves in are two top commanders and one expert bomb maker.

According to the Nigerian military, the surrenders are the result of a recent offensive operation aimed at dispelling the fighters from their strongholds. Following the death of Shekau, analysts predicted that several Boko Haram fighters would join the Islamic State West Africa Province (ISWAP), a rival extremist group that broke from Boko Haram in 2016.

While several have joined forces with ISWAP, those who refused to pledge their allegiance to the group faced being hunted and killed by ISWAP fighters. According to Idayat Hassan, the director of the Centre for Democracy and Development, major ideological differences have prevented some Boko Haram fighters from joining ISWAP, leading to the surrender of several hundred fighters.

The newest wave of defectors and their families took part in a ceremony in which several of them were seen holding signs that read “Nigerians please forgive us” and “peace is the only way.” They and their families were given food rations and clothing by the military. Civilians have criticised the military for its “humane” treatment of extremists while so many people in Nigeria are living without basic necessities, like food and clothing. However, the military says it is using the resources to persuade more fighters to surrender by showing them their families will be taken care of.

From A Christian Perspective

The surrender of so many Boko Haram fighters is something the Church can celebrate. Amid the unrest and frequent attacks in Nigeria and surrounding countries, it is important to recognise and give thanks to God for the victories that are being achieved.

More than 900 men have gone through the ‘Operation Safe Corridor’ programme and have been reintroduced to civilian society. The courage of former fighters to come to a place where they publicly renounce their involvement in extremist activities and express a desire for forgiveness is something that the Church can pray for more of.

While those who have surrendered have not necessarily left Islam, their reintegration process allows Nigerian believers to demonstrate Christ-like forgiveness as they attempt to live alongside these ex-fighters. However, since most of Nigeria’s Christians are concentrated in the southern parts of the country, while most extremist strongholds are in the north, believers in the south will need to actively pursue opportunities to stand with and come alongside those living in Islam-dominated areas.

While persecution remains high in Nigeria, the Church can continue to pray that many more extremist fighters will surrender, and that the Nigerian Church will be emboldened to lead many of them towards a hope and future in Christ.

Please pray with us for the following: