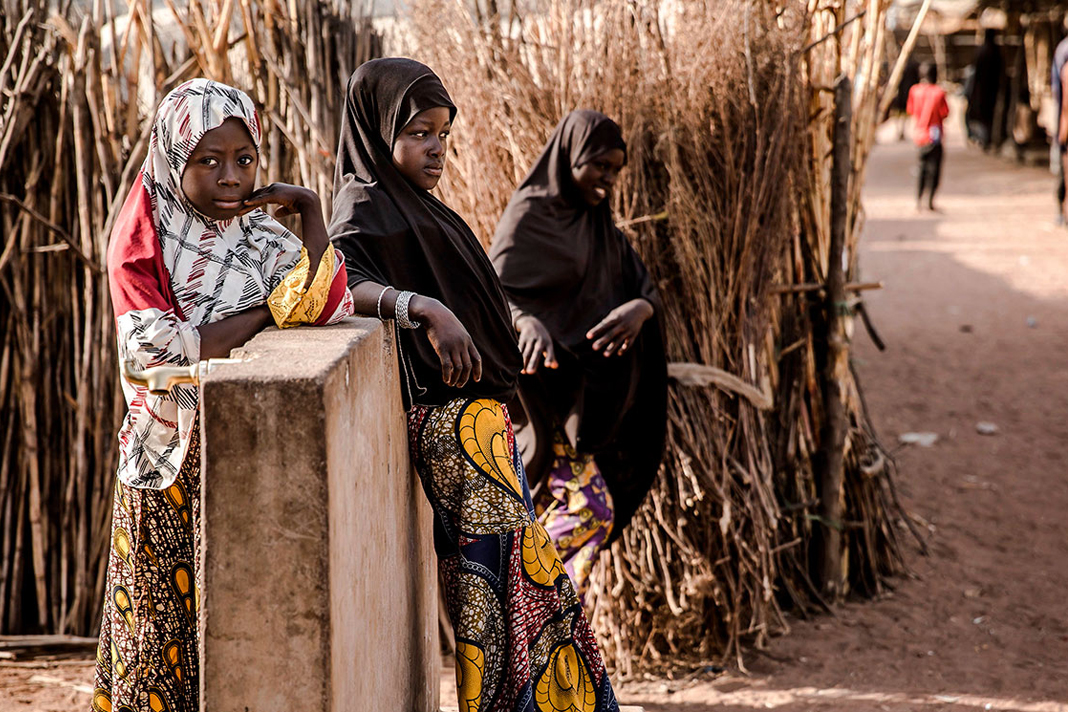 Archbishop Augustine Obiora Akubeze of Benin City, president of the Catholic Bishops’ Conference of Nigeria (CBCN), spoke with Aid to the Church in Need (ACN) about persistent insecurity in the country, as evidenced by continued atrocities perpetrated by Boko Haram and Islamic State West Africa Province, and deadly attacks on Christians by Fulani herdsmen.

How would you describe the current situation of Christians in Nigeria?
The current situation reflects an unnecessary, unwarranted and self-inflicted tension. Our Constitution [stipulates] that in the administration of federal institutions there must be representation from every sector of the country. This was designed to show that Nigeria belongs to everyone. But the present government takes a very suspicious approach to appointments to sensitive positions.

Virtually all the officials who advise the president belong to the same Hausa-Fulani ethnic group; 95 percent of them are Muslims—that in a country where Christians account for 50 percent of the population. Leadership in the security sector is led by one religious sect, one ethnic group—that in a multi-religious and multi-ethnic nation! The CBCN has repeatedly spoken out against this attitude of the federal government. We have met the president and expressed our complete disapproval.

There has been insecurity in Nigeria for a number of years. Boko Haram has been threatening Nigeria for a decade. Are they are hurt but not defeated?
Boko Haram attacks on Nigerians have continued for many years. The group is operative in north-eastern Nigeria. But it has staged attacks even in Abuja, the federal capital. Their religious extremist ideology is to make the whole of Nigeria an Islamic republic. They resent and reject everything that is Western, except that they use Western-made guns and ammunition to attack innocent Nigerians. They have attacked both Muslims and Christians in the past. Presently, they are mainly focused on the kidnapping and killing of Christians.

Is the government not doing enough to protect Christians?
The president of Nigeria recently stated that he was shocked at the unabated killing of Nigerians, with mostly Christians as victims. Many Nigerians wonder: How can he be surprised at this time—after some of us have attended mass burials of Christians killed by Boko Haram? The government is certainly not doing enough to protect both Christians and Muslims. A few days ago, the National Assembly unanimously moved that the president replace officials because they are not providing sufficient security for Nigerians. The CBCN has already declared that a government incapable of fulfilling the constitutional obligation to secure the lives and property of Nigerians will gradually lose legitimacy.

What about Fulani attacking Christians?
In the past, serious security challenges were confined to the northeast of Nigeria. Today there is insecurity everywhere. People are kidnapped for ransom throughout Nigeria. There are many instances of herdsmen and farmer clashes. The herdsmen are predominantly Fulani Muslims from the north, the same region as the president. The audacity with which they move to every part of Nigeria looking for grass to feed their cattle is unprecedented. And they are armed with guns and other weapons. The herdsmen, already designated a terrorist group by the international community, act with impunity. The lack of significant prosecution of their crimes fuels the belief that they have the backing of the federal government.

I do not have conclusive evidence to state that the Fulani herdsmen have the support of the government. But what appears to be a lack of motivation to stop these crimes makes it increasingly difficult to convince Nigerians that there is no connection between one-sided appointments of government officials, the lack of prosecution of perpetrators of these crimes against humanity, and the seemingly selective killing of Christians. Justice and peace go together. Anyone who wants genuine peace must work for justice. For peace and security to reign in Nigeria, there must be political justice, religious justice, ethnic justice, economic justice, judicial justice—justice for everyone.

Recently there was the shocking news from Kaduna of the kidnapping of four seminarians and the murder of one of them, Michael Nnadi. Is it possible to ensure the security of places of worship, as well as the protection of seminaries and monasteries?
There are some churches that request the services of the Nigerian police for Sunday worship and they have to pay for the security. Others contract with private security outfits. In some cases, the faithful themselves volunteer to provide security. It depends on the particular area. There is presently no homogeneous description of security plans for places of worship and other religious institutions. However, most of the private security agencies are not well armed enough to be able to deal with the level of threat posed by the herdsmen and Boko Haram.

Is there anything the West can do to help?
Western nations and media can be of great help in covering these atrocities in Nigeria. The number of killings is mind boggling. Maybe with significant Western coverage, the Nigerian government will be pressured into action. Western governments will probably also see the moral obligation to protect the lives of Nigerians.