Home News ‘Not Us, But Jesus …’ – Highlights From TWR Conference In West... 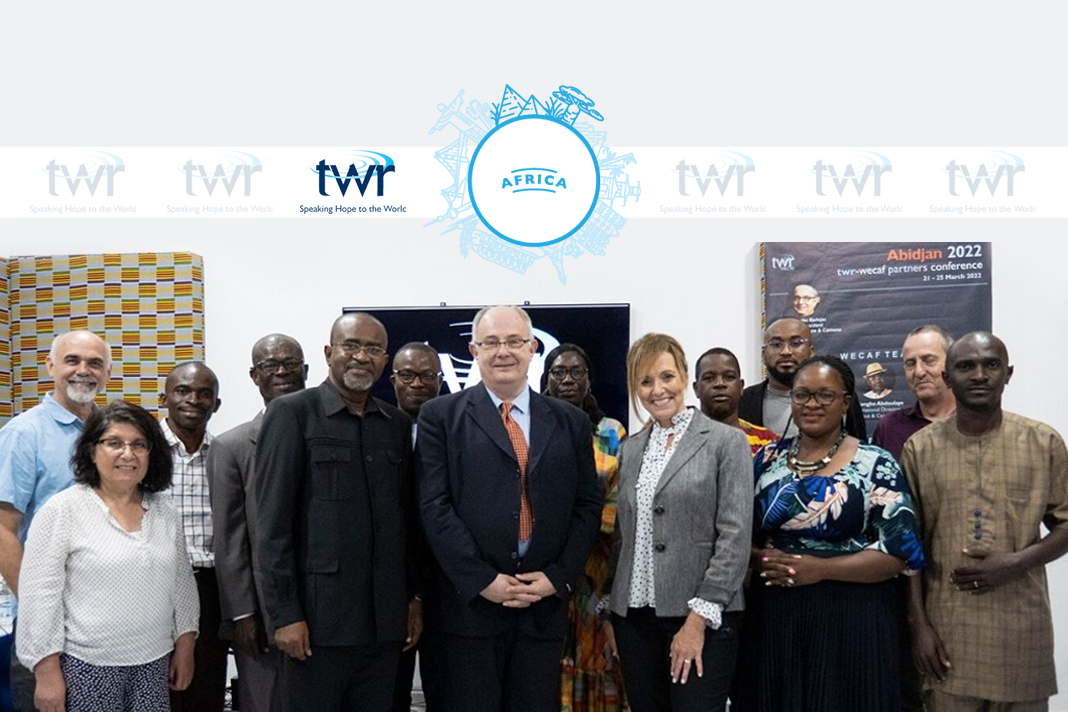 West and Central Africa resonates with cultural and ethnic diversity. Hundreds of ethnic groups live and work together with a high degree of interaction. Traditional cuisine and beverages can be found throughout the region.

Despite political difficulties, poverty and the lack of resources, the people of this region hold on to vibrant cultural values that revolve around family and religion. The diversity of languages, religious beliefs and rich cultural traditions provide an African heritage that is celebrated and valued by its people.*

It was in this multifaceted location that the first TWR West and Central Africa (WeCAf) partners conference took place in March 2022, hosted by the WeCAf regional office leaders and staff at the TWR offices in Abidjan, Côte d’Ivoire.

One of the highlights of the conference was the signing ceremony of partnership agreements between TWR WeCAf and three West African national partner directors – Virgile Ouendo from Evangelical Media in Benin (MEB), Florence Mbamba from Evangile FM in Côte d’Ivoire, and Joshua Irondi from Victa Media, Nigeria. This conference provided the perfect opportunity for such an event.

Jean Anath Ndoukou, TWR Central Africa coordinator, joined TWR in June 2021. In the nine months since he started serving, God has opened many new ministry opportunities in the region. Eight local FM stations have agreed to air TWR programmes in French, and more may follow soon. Charlene, his wife, already has 55 TWR Women of Hope (WoH) prayer groups. She provides the French WoH prayer calendar to these groups. The calendar is often orally translated into a local language, Nzebi, during prayer meetings.

The first day of the partners conference in West Africa started off with a devotional from Ouendo. He referenced the task Nehemiah was assigned to rebuild the walls of Jerusalem. Amid many afflictions and opposition, Nehemiah refused to allow the adversities they faced to deter him and his team from the task God entrusted to them.

The same principle applies to the small but dedicated TWR team in West and Central Africa. Through many trials they persevere in their vision – to reach their region and beyond, through mass media, so that lasting fruit is produced. The Rev. Dr. Abdoulaye Sangho, a West African Christian from a Muslim background, started the West Africa ministry almost 26 years ago by converting one of the children’s bedrooms into a studio. From there he recorded the first TWR programme in French, called Africa Challenge. Airing on more than 50 stations, this programme taught, trained and encouraged Africans in vital and practical topics of African life. As the ministry grew, the TWR WeCAf office building was procured, and today TWR airs programmes in more than 35 West African languages and dialects.

The three partner directors and Jean Anath shared about their respective ministry activities and prospective plans up to 2024. The task is enormous, but with God’s help, much already has been accomplished; more than is humanly possible with the resources available. We praise God that the TWR ministry in West and Central Africa is expanding at a rapid pace, but as Ouendo humbly states: “It is not us; Jesus is doing it through us.”

After the conference, the ladies spent a day visiting TWR Women of Hope prayer groups, where Peggy Banks, TWR Women of Hope global director, brought a message of encouragement to each of them. We were received with great appreciation and love, and left being encouraged by the dedication of all involved in the TWR Women of Hope ministry in Côte d’Ivoire. Read more about this at twrwomenofhope.org.

Another highlight was a visit to the new office building in the capital of Côte d’Ivoire, Yamoussoukro, which will be home to Evangile FM. After receiving a long-awaited FM licence in 2021, everyone is hard at work to get the station ready for broadcast. Work on the offices and studios is progressing well. The tower has been erected, and the FM transmitter for Radio Evangile FM has been purchased.

“This was an important gathering in which we heard ministry reports from various countries and greatly inspiring listener stories. We also discussed plans and activities, in a desire to offer the gospel message to more people, and in their mother tongues. Offered prayers and praises greatly encouraged us as we felt how good and pleasant is to dwell together in unity, assisting the Church, and labour together in this particular media vineyard of our Lord.”