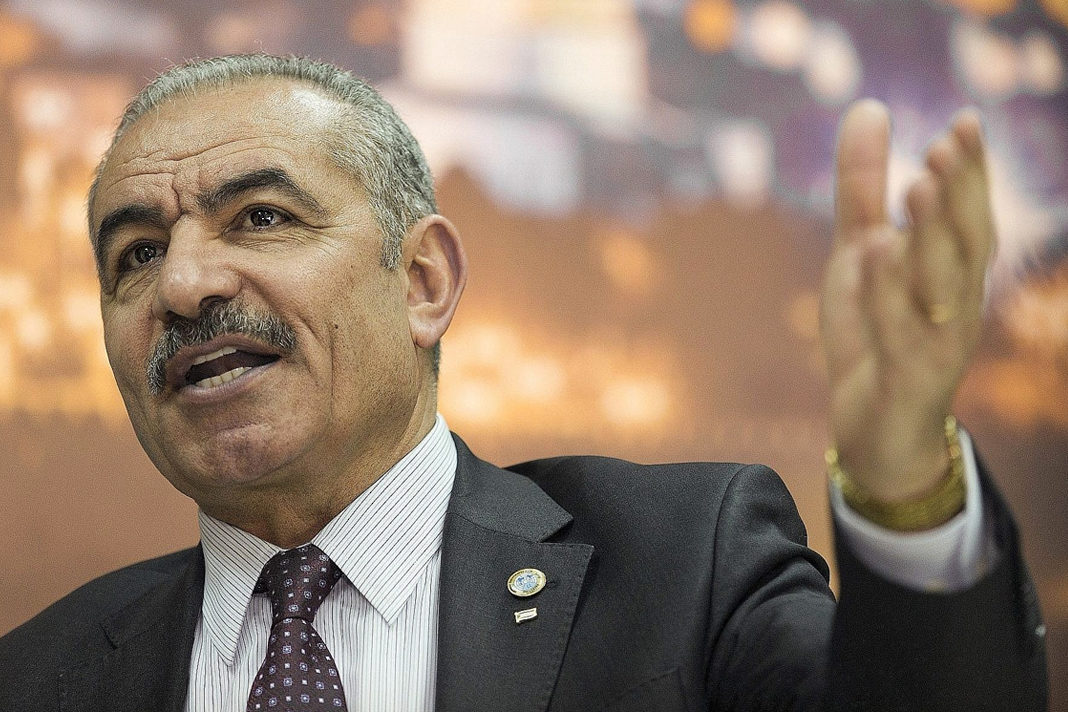 P.A. Prime Minister Mohammed Shtayyeh claimed Palestinians “will deal with all areas [in Judea and Samaria] as if they are Area A.”

The Palestinian Authority will treat all of Judea and Samaria as being under its administrative and security control, P.A. Prime Minister Mohammad Shtayyeh said on Sunday.

Speaking at a meeting in his Ramallah office with owners of homes demolished by Israel last month in Wadi Hummus, Shtayyeh said that “Israel no longer respects any of the signed agreements and deals, [treating] all areas [in Judea and Samaria] as if they were Area C. Accordingly, we will deal with all areas as if they are Area A.”

Area A of Judea and Samaria is fully controlled by the P.A. according to the Oslo Accords, while Area B is administered by the P.A. but under Israeli military control. Area C, comprising some 60 percent of the territory, is under full Israeli control.

Israel demolished several buildings in Wadi al-Hummus in the eastern Jerusalem neighborhood of Sur Baher last month following a lengthy legal battle. Israel maintained that the buildings had been erected too close to the security fence, in violation of a military order. Residents argued that the buildings were in Area A, and that the P.A. had given them construction permits.

Israel’s High Court of Justice ruled against the residents, paving the way for the buildings to be demolished.

P.A. leader Mahmoud Abbas, partially in response to the demolitions, announced that the P.A. would halt implementation of all agreements with Israel, including on security coordination, and said a special committee would be formed to that end.

P.A. Deputy Minister of Local Government Ahmed Ghoneim, whose ministry is tasked with urban planning, including the issuance of construction permits, told The Media Line that with this latest move, the P.A. was following through on Abbas’s decision.

“We are implementing the decision [to cut ties with Israel],” said Ghoneim. “On the order of [P.A.] President [Mahmoud] Abbas, a committee has been formed to develop mechanisms to follow through.”

The P.A., he added, was just acting in accordance with the 1993 Oslo Accords, which called for the transfer to the Palestinians of the vast majority of Judea and Samaria 18 months after elections for the Palestinian Legislative Council. The elections were held in 1996.

“From a political point of view, the terms ‘A,’ ‘B’ and ‘C’ no longer exist to us,” said Ghoneim, adding that “from a professional and technical perspective, we will apply planning policies in Palestine at three levels: national, regional and local.”